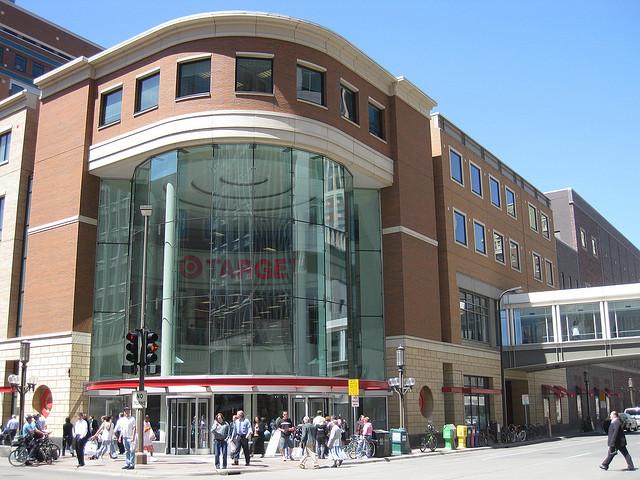 Hey Target friends, how’s it going? I wanted to check in with you guys; it’s been about a month since the layoffs. I had the chance to talk to a bunch of you over the last few weeks. Thank you for thinking enough of me that you’d seek me out to connect on things. Means a lot to me.

While we’re chatting here are some observations that I’ve had. Lots of you were very kind to say nice things about my blog post a few weeks ago. I must have touched a nerve because I’ve received more feedback on that piece than the previous 8,000 or so I’ve written. Among the things I’ve heard is that the piece resonated and validated some of the feelings that you were having about the layoffs, and that in some small way you found some gleanings from it that helped out.

Best compliment I’ve ever received. I helped out.

So, in that vein I want to check back and see how things are going.

My sense is, for some of you, reality is starting to set in. Reality in the sense that this job search thing isn’t going to be easy. Even the folks who left Target at 11:30 that Tuesday morning with a box in their hand, went home and had resumes in cyberspace that afternoon, most of them are still looking. Just to reiterate what I’d mentioned before, in my experience the fastest companies still take 6 weeks to vet a candidate and move from initial screening interview to hire. Keep up the optimism and keep working your plan.

You do have plan right?

One thing I’ve heard from more than a few of you is that you’re starting to feel isolated. One transition that the job search books don’t really prepare you for, or maybe can’t prepare you enough for, is the transition of going from a busy, deadline filled, meeting loaded week of activities to one where you’re time is pretty much your own, and conversations with other folks almost only happen when you make a call or attend an event.

That’s a really hard change; don’t underestimate it! The advice I’d give, which you’ve also been given by every job search website, book and seminar out there, is to set a schedule for yourself every day and stick to it! I get concerned when I hear folks, and I’ve heard more than a few, start to say how they’re having trouble figuring out what they want to do next, and how to approach their search, and that they’re having trouble feeling connected. Personally I believe these go hand in hand, you trained yourself for your entire career, well Target trained you, to think on your feet, to prepare for deadlines, to facilitate executive reviews, manage plans and to execute, execute, execute. Those meetings and time sucks created guard rails for you to plan your days and accomplish your work. Now you have no guard rails, your reference points are gone and it’s hard to focus. You’ve been driving on freeway for 20 years and now you’re driving in a huge empty lot with no lines or parking spaces and it’s tough to navigate.

Make a schedule for your own sake. And when your scheduling don’t forget to include time meeting with people, networking with a few former colleagues would probably be helpful. I’d suggest creating job search plans and sharing them with a couple friends who are in the same situation, and hold each other accountable for outcomes. Just my thought.

There’s a few of you I’ve talked to who are disoriented enough that you’re still in a period of shock and mourning. If I know several, I’m sure my many of you know several more. Folks, please reach out to people who you haven’t heard from since the layoffs, or who have withdrawn or aren’t doing anything to move forward. My experience in change management says that 20% of a population has enormous difficulties with change. I encourage all of us to reach out to these guys, take a few minutes, make a phone call… don’t email unless you have no other way to get ahold of them the personal chat gives you a chance to hear their voice, and they yours. Chat about what they’re up too, offer to have coffee, let them know you’re here to listen. That’s it. 10 minutes. You will make a difference.

And do it again a week or so later.

For a few of you, you’ve been lucky enough to get interviews, you’ve made it past the screeners and you’re starting to get down some brass tack negotiations. Shockingly I have some thoughts here as well.

If I could do one thing to interact personally with you guys through this blog it would be to turn words into a giant boot and collectively kick the lot of you squarely in your Target Red behinders. If I could cash checks for the amount of collective undervaluing I hear from my friends at Target, I swear I could buy a new MacBook and still have enough to pay of the US National debt. You guys are making easy for the recruiters out there to get your talents for cheap.

Couple things to think about in the hiring process folks. Common sense, you probably know them already, but just hear it once again from Uncle Sank.

Now some bad news. I’m concerned, again based on what I’m hearing from folks, that some of the companies coming in here to recruit are lowballing salaries figuring there’s a talent glut at the moment. I think it’s a combination of Target paying really well and a little bit the former. Leads to my last, and maybe most important piece of advice.