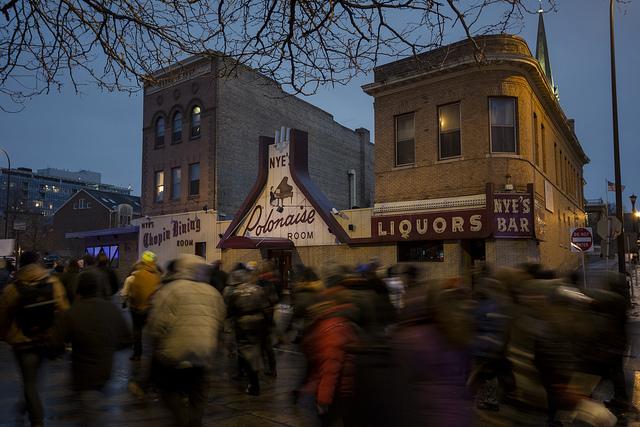 Lately I’ve been thinking a lot about historic preservation as a social cause. This is not entirely new for me (I spend an embarrassing amount of time thinking about these things), but I have slightly changed my view on the topic given recent events. I get so frustrated by the way I see preservation presented in the media. Recent examples being coverage of conflict between Nicole Curtis and the Minneapolis City Council over demolition of a house on Colfax Avenue (see my post on this topic here) or tensions between preservation groups and developers amid the proposed construction of a high rise tower within a historic district and next to Nye’s Polonaise. It seems the only time we hear about preservationists is when they are fighting with someone and they’re often depicted as “not in my backyard” fanatics. In an effort to reframe what I believe to be a huge misconception, I’d like to offer up some alternative views for your consumption.

Preservationists can be urbanists, too

I would like to start be dispelling any idea that preservationists are automatically anti-density. I would say the majority of preservation-minded people which I’ve come into contact with understand the need for dense development. As a preservationist, I think of our viewpoint more on the side of advocating for thoughtful land-use. I often hear people say “just because it’s old doesn’t make it historic and worth preserving” — that’s true and I agree with that, but I’d counter with stating that just because a project adds density doesn’t mean it fits the culture or needs of the community.

I truly believe that, at the end of the day, we’re all just looking to create beautiful, fun, vibrant and economically viable places. So, if I understand the need for added density and you understand the need for protecting a community’s sense of place — can’t we find a way to accomplish both? For the sake of our cities, I certainly hope we can.

There are varying degrees of preservationists

Can we just agree to get away from the idea that any one individual has to be wholly on one side or another for a particular topic? There are no absolutes and often even the most devoted individual may not live by the word of their ideals all the time. I equate “preservation” as a movement with the environmental movement. I think of myself as an environmentalist, but there have certainly been times where I’ve thrown an aluminum can in the garbage rather than walk out of my way to the recycling. Does my laziness mean I cannot associate myself with the environmental movement? I don’t think so. Likewise, if you support preserving buildings when appropriate and you enjoy neighborhoods with a mixture of old and new structures, I consider you to be a preservationist.

Just as with any group of people — we have our eccentrics. There are those people who tend to isolate themselves, raising the barriers to entry, implying you have to be in for all of it or nothing. While I can appreciate how these individuals feel and where this mindset comes from — I don’t agree with it. Preservation isn’t an all or nothing thing. Cities, and their buildings, have to be allowed to grow and change. I suspect that in the future we will see a wider variety of preservationists — pulling from all different fields of study and cultural backgrounds. This will give way to a new type of preservation that is less about saving individual buildings and more about planning for a city’s evolution that supports growth and change while preserving what makes it special.

My biggest frustration with historic preservation is how incredibly reactive it is, and even when we attempt to be proactive, how that will often fail. Taking the issue with Nye’s for example — the neighborhood is within a historic district. So, at some point (in 1971 to be exact) people got together and agreed that this fantastic area was worth protecting.  And yet the protections go ignored and insensitive, towering developments are constructed slowly eroding its historic context. The problem is our system isn’t really set up to protect the everyday, vernacular buildings. Historic preservation was originally meant to protect those buildings of material historic significance. And people struggle with the idea of what makes a place “historic”.

I would like to spend less time focusing on this definition and divert the conversation to our aspirations for the look and feel of our cities. More emphasis should be placed on answering the question of “does this development serve a greater purpose in our neighborhood than that of what already exists?” or “does this new construction have the potential to greatly alter the surrounding neighborhood in an undesirable way?”  I know you’re thinking, those questions are subjective and everyone will have different feelings about the answers. It just sucks when we have to factor in people’s feelings. Trust me, I know. This struggle is real.  But, to me, it’s not the answers to these questions that matters as much as the discussion that will result.

I guess what I’m saying is preservationists have a right to be a part of these conversations. We’re not a nuisance, an afterthought or a “nice to have” part of city planning. Our voice matters and should not be discounted solely based on a misconceived idea of who we are as group.