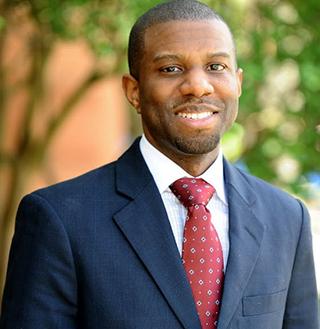 Many of us black men who have championed our own rights in this nation for a long time are pleased to see Dr. Ivory Toldson, an associate professor at Howard University, debunking some of the longstanding myths surrounding our community.

Toldson, at a recent inaugural session of the Men of Color Think Tank at the University of Minnesota, knocked down  these often-reported inaccuracies:

• There are more black men in prison than in college

• Black males are a dying breed

“What does the line, ‘there are more Black men in jail than in college’ have in common with the Jheri curl?” Toldson rhetorically asked the audience. “The answer is they were both invented by white men and adopted enthusiastically by black people, and they left a nasty stain on the shoulders of millions of black men.”

Toldson researched the one-third figure about Black men in the prison system and found that it was incorrect and often repeated by the media and in reports released by various organizations. That old “one in three black men going to prison” figure is based on questionable research led by Dr. Thomas Bonczar and referred only to black males born in 2001, Toldson said.  In reality, today more black men are in college than in prison, he added.

Further,  instead of dying off, the number of black males between the ages of 15 – 24 is actually increasing.  And it was actually during the mid-1980s and early 1990s, when illegal drug trafficking was at its height, that crime among black youth was the most violent, Toldson showed. More detail on Toldson’s debunking of commonly repeated exaggerations about black males can be found on The Root website.

Toldson noted that black people and leaders themselves have perpetrated these very misconceptions, to dramatize legitimate concerns with discrimination and disadvantage.  But the exaggerations ultimately hurt black males who internalized the negative stereotypes. “A lot of people were regurgitating them and didn’t realize how they would influence black males,” Toldson said.

Toldson, also the deputy director for the White House Initiative on Historically Black Colleges and Universities, was the keynote speaker for the first event sponsored by the Men of Color Think Tank, a project of the University of Minnesota Office for Equity and Diversity. The think tank aims to be an ongoing forum bringing together thought leaders from community organizations, faculty and staff at the university and surrounding institutions. Students and advocates are involved as well.  The initial large group meeting in late April was followed up the next day by break-out sessions with ongoing meetings planned for the future.

Louis Porter II, Ed.D. is a Growth & Justice board member and policy fellow. He teaches at the University of Minnesota and operates a communication and organization development consulting practice.