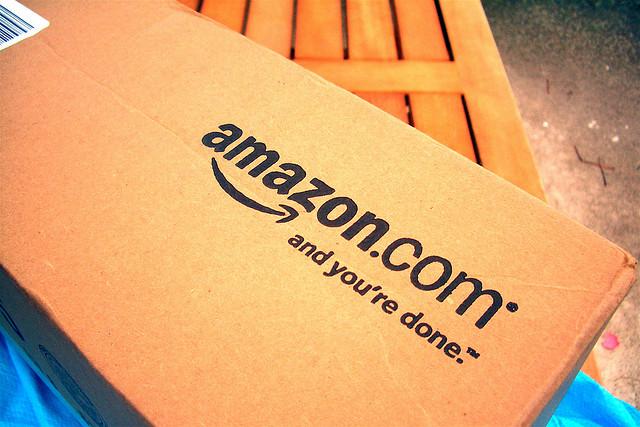 CC/Flickr/Mike Seyfang
Behavior-changing retail is great for people who appreciate the convenience. I sure do.

When a company worth $200 billion decides to build a warehouse on land owned by billionaires, you know there will be subsidies. Today’s example comes from Shakopee where Amazon is planning to build a distribution center on land owned by the Pohlad family.

Amazon’s very good at what they do. They know how to put stuff in boxes and get it to your door quickly and reliably better than anyone. It’s really behavior-changing for those who’ve become Prime members where you get free 2-day shipping on purchases for $99/yr.

Behavior-changing retail is great for people who appreciate the convenience. I sure do. But, let’s not pretend that it creates new jobs. When I buy paper towels on Amazon, I clearly didn’t buy them somewhere else. I still use the same amount of paper towels as I did before, so there was no net increase in sales. It’s just a shift from purchasing at one store to another.

Because of this, spending $5,000 per job to “create” 1,000 “new” jobs is really a case of spending tax dollars to accelerate a shift of Minnesota’s retail jobs to one company based in Seattle. It’s certainly good for Amazon, but I don’t see how there will be a net gain in jobs from shifting where people buy the same stuff they’re already buying from one retailer to another.

In fact, it seems possible that we’ll end up with fewer jobs in retail after this since Amazon is so efficient at what they do. For example, Target’s a very efficient company by retail standards, but Amazon has $20 billion more in sales than Target with nearly 200,000 fewer full time employees last year. Amazon doesn’t have many cashiers or people restocking shelves.

Here are the winners and losers from this type of subsidy.

Losers:
People around the state who get less hours at the retail store they work at today.
Taxpayers who subsidized the corporate welfare deal.
People who prefer jobs with benefits.

Neutral:
People who use Amazon, and would see the same benefits from having a local Amazon warehouse with or without corporate welfare expenditures.

We should be mature enough to not subsidize “economic development” projects in one city that have no net benefit for the state, but we’re probably not.