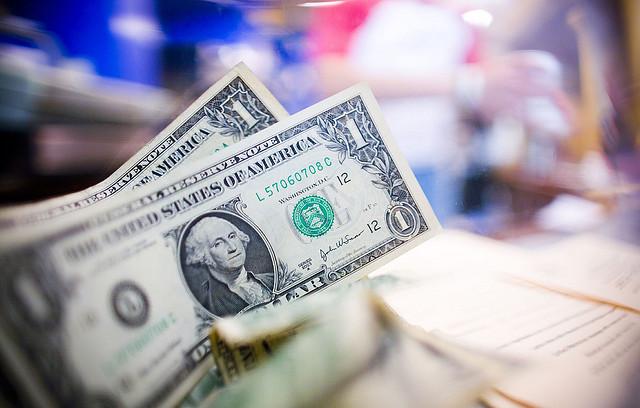 CC/Flickr/Thomas Hawk
family living on less than $2 a day is poor anywhere in the world. But in the United States, poverty looks different.

You’re a new mom. Maybe a single mom, but even if your husband is there, you have trouble making ends meet. Who knew kids were so expensive? And who knew diapers would be the final, unbearable expense? Jessica Aragon told NBC that she “was once so desperate for diapers she considered stealing them.” That was 13 years ago, but Aragon still remembers feeling ashamed when she would have to leave her baby in a wet diaper because she didn’t have enough diapers.

“‘For other needs, like food, you could go to a food bank,’ Aragon, now 33, says. ‘But there was no help for things like diapers. I had to borrow money and sell everything I had — the DVD player, the TV – to get money for diapers.’”

Aragon was not alone. A study published in Pediatrics journal found that 30 percent of moms did not have enough money for diapers. Neither food stamps (SNAP) nor WIC can be used to buy diapers.

Poverty levels for kids remain high. The just-released 2015 Kids Count Data Book reported 22 percent of U.S. children living in poverty in 2013, a rate that remains higher than pre-recession numbers. Even more children were in families that were on the brink, with 31 percent living in families in which “no parent had full-time, year-round employment.”

“In 2013, nearly a third of children (31 percent) were living in families where no parent had full-time, year-round employment. The child poverty rate has remained stubbornly high. At 22 percent in 2013, it was still several percentage points higher than before the recession.”

The federal poverty level, Kids Count says, is set low enough that families struggle even when they are not technically at poverty level:

“The federal poverty level is widely acknowledged to be an inadequate measure of even a minimally decent standard of living. For 2015, the Department of Health and Human Services poverty guideline is only $24,250 for a family of four. Researchers who have quantified basic living expenses in specific localities across the country find that, at a minimum, families need an income of at least twice the federal poverty level to cover basic expenses for housing, food, transportation, health care and child care.”

Who’s poor depends in part on who’s measuring and where they are. A family living on less than $2 a day is poor anywhere in the world. But in the United States, poverty looks different. Is a family poor if they can’t afford diapers for the kids? What if Christmas gifts have to come from the Goodwill store? Or if clothes come out of a box of hand-me-downs from cousins? Or if the family has to go to the food shelf before payday?

The federal government defines a poverty level as $23,834 for a family of four. Globally, the measure for poverty is lower – $2 or less per day. Around the world, the number of people living in poverty fell since 2000, according to a July 2015 Pew Research Center analysis:

“This study divides the population in each country into five groups based on a family’s daily per capita consumption or income. The five groups are labeled poor, low income, middle income, upper-middle income, and high income. Of the four thresholds that separate these different income groups, two are especially important to keep in mind. The first is $2, the minimum daily per capita income that must be exceeded to exit poverty. The second is $10, the threshold that must be crossed to attain middle-income status.”

Earning $11 per day? On a global level, that makes you middle income. In the United States, that’s still poverty. But the global middle-income group, earning $10.01 to $20 per day, remains small. This group increased from only seven percent in 2001 to only 13 percent in 2011. That means more people living in absolute poverty than in the middle-income group. While the middle income group remains relatively small, they are growing in China, South America and Eastern Europe. High-income earners remain concentrated in Europe and North America.

Here in Minnesota, the poverty rate is relatively low, if you use federal poverty definitions: 14.5 percent. The Met Council defines poverty as 185% of the federal poverty threshold ($44,093 for a family of four in 2013), putting the poverty rate in the metro area at 22.7 percent. According to their figures, more people live in poverty in the suburbs than in Minneapolis and St. Paul.

The Children’s Defense Fund says Minnesota is doing better by our children: for the first time since 2007, Minnesota ranks as the best state in the union for kids. What does that mean? Depends on who and where in the state you are. Race and economics and location make a big difference in children’s chances for success in school and quality health care. Nationally, the poverty rate for black kids is almost twice that for white kids. Minnesota-specific figures will be out later in the year. Talking to MPR, CDF research director Stephanie Hogenson cited Minnesota’s history of policies and programs designed to support families and children, but said “there’s a lot of work to be done.”

The relativity of poverty