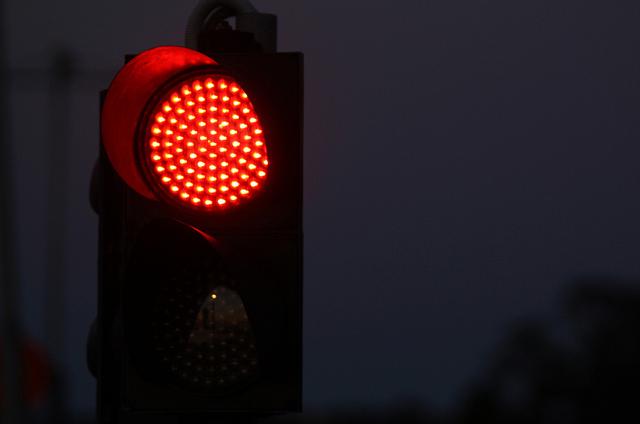 I’ve often heard people say, “I can’t respect cyclists if they don’t respect the laws.” This statement is often used to as a precursor to an argument about how we shouldn’t fund bicycle infrastructure or encourage cycling because bikers are risk-taking scofflaws. You don’t hear people saying they can’t respect drivers because they see a few drivers breaking the law. The fact that tens of thousands of people are injured and killed by drivers breaking the law each year doesn’t lead people to question whether cars should be allowed on the roads. Why is it that some people see a biker running a red light and as a result refuse to recognize the legitimacy of biking as a mode of transportation?

Perhaps it’s because red light running is a visible offense. It’s illegal, everyone knows it’s illegal, and it’s much easier to spot in the wild than, say, speeding or texting while driving. There’s no hiding the fact that you’re running a red light. From a driver’s perspective, it might seem like the cyclist is flouting the law. What it comes down to is that running red lights feels unfair. When someone is sitting in their car, waiting for their turn, it can be frustrating to see someone sail by. If, as a driver, I have to sit in my car and wait for the light to change, why should you get to go through?

Why they do it

Cyclists are not the only ones who are running red lights or breaking law. A recent survey found that drivers and cyclists report breaking traffic laws at about the same rate. One striking difference, however, was the reason for breaking the law. While drivers and pedestrians might drive or walk through a red light to save time, often cyclists do it both to save time and to feel safer. On roads that are dominated by and biased towards cars, running a red light to establish oneself in traffic can make a cyclist feel a little more in control.

If I’m on a busy street waiting at a light with traffic, it feels much safer to pull forward and at least get a head start. That way the moving traffic will not edge me into parked cars as I try to get going. It seems wrong that breaking the law makes me feel safer, but that’s how it is. Many drivers never ride a bike in traffic so they have a hard time empathizing with this reasoning. They may have never experienced the insecurity that comes with traveling as a small gazelle among herd of wildebeest. Even in Minneapolis, one of the top biking cities in the US, getting from A to B often requires biking on roads that are busy and full of traffic. Can you really fault someone for wanting to feel safer and more visible?

While the safety argument is the most compelling one to me, there are a couple other reasons why cyclists might run red lights. Sometimes traffic light sensors don’t sense a bicycle. This increases the likelihood someone would run a red light because (A) they might not be sure whether they’ll be sensed so decide to proceed through the intersection when it’s safe and (B) they get used to not being picked up by sensors so they get used to running red lights. And yes, sometimes a biker is a person and is impatient and there’s no one coming so what the hell. But don’t always assume that that’s the case.

Well, it’s not legal. Until the Idaho stop is legalized in Minnesota, it’s still against the law to run red lights. But besides that, is it okay? I think it is. I don’t think blowing through stop signs or red lights is okay. It’s infuriating when you’re trying to navigate the streets and someone blows through an intersection without pause. Especially when you’re pulling a dog in a trailer up a hill and you know those guys are just trying to get to the next alley cat stop. Sorry, I digress. I do think it’s okay if you slow, scan the intersection for safety, and slowly proceed if the intersection is clear. If you were waiting for my blessing, go ahead dear, you have it. Be conscientious of others, be careful, but go ahead.

Cars are giant boxes of metal that can cause serious injury, death, and property damage. Cars are larger and faster and need traffic signals in order to navigate intersections and not crash into each other. It is incredibly rare for a cyclist to seriously injure another person, even if they run a red light. And, cyclists have an incredibly powerful motivator to navigate intersections safely: they don’t want to get run over.

We’re treating bikes like cars when we require them to follow all the same rules of the road. Bikes are not cars.

Some people on bikes run red lights. Some people using other modes of transportation break other laws. It’s human nature to break the law. Given the fact that it can make bikers feel safer to run red lights, it seems time to stop harping on it so much as long as they’re being respectful and not hurting anyone.

Why do bikers run red lights?