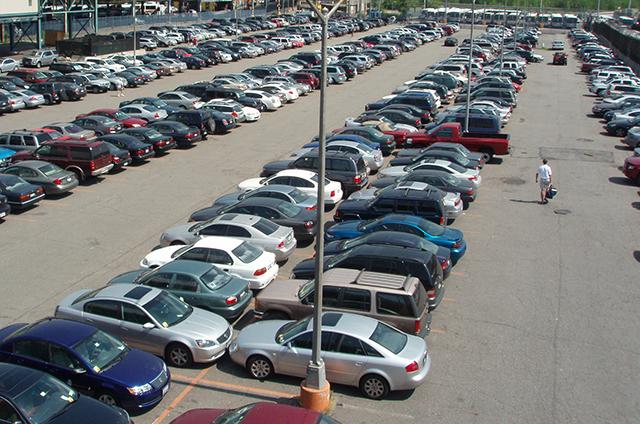 I was thinking about writing this post well before today’s Dear smug urbanites, stop ridiculing the suburb I love defens(iveness) of suburban living in the Strib, but that commentary seems like a good motivation to actually sit down and write it.

But it’s also a bit funny, because I don’t have much to say to its author. I’m glad she likes where she lives and agree that some of the criticisms she responds to are silly (where are things not largely beige?). If she’s weighed the pros and cons and is happy with her choice, good for her.

Let’s keep in mind that the policy choices and marketing-driven cultural influences of the past weigh heavily in favor of the choice she’s made. Culture says we’re supposed to want a single family home with a yard. Land use policy says that level of undensity is generally expensive unless it’s far away from stuff (or, more accurately, that its price is substantially reduced thanks to subsidized suburban infrastructure). And the good old American auto industry is there to offer you the true freedom that comes from owning a car. If you want a house with a three car garage and your budget is $250,000, it’s out to the outer suburbs for you (or is it?).

I want to push back and ask whether the assumptions underlying those factors are what people really “want.”

Let’s start with cars = freedom. I’ve been thinking about this a lot lately, because in my mostly urban life, this does not feel right. Using my car generally limits my freedom (especially the two times recently when I made the mistake of driving to suburban shopping locations on the weekend). It’s a mild pain to retrieve from the garage. It’s a mild pain to find parking. Adding in more stops increases those minor annoyances in ways that do not exist at all if I’m walking and exist to a lesser extent if I’m on my bike. If I’m out without a car and the plan changes (I’m a stick-to-the-plan kind of guy, sadly), I think, “you know, there is no reason I can’t just zip over there.” If I’m driving, I think, “ugh, I need to fight through another crowded parking lot.”

So where does this notion that cars are freedom come from (aside from more than a half century of auto maker marketing)? In a word: space.

Cars feel like freedom when they are necessary to cross larger spaces. If you’re at the lake and its a 20 minute drive to the store or restaurant, the minor inconvenience of getting into, parking and getting out of your car pales in comparison to what you’d have to do to get somewhere without it. There’s just no other way to deal with the five or ten or twenty miles you need to cover.

Which brings us back to suburbs. I picked a Woodbury cul-de-sac more or less at random on a map and drew a one-mile radius around it:

A mile radius around a random Woodbury cul-de-sac.

The average reasonably healthy adult can comfortably walk at a pace around three miles per hour, so one mile is roughly a 20 minute walk. How much of their lives can the people who live on this cul-de-sac live within that area just using their feet for transportation?

Well, there are no sidewalks in their development, so maybe nothing outside the home, but let’s assume they are willing to walk in the street on their quiet neighborhood streets. And it looks like there are multi-use paths along the Radio Drive and Bailey Road, the two adjacent arterials, so it’s nice that they aren’t physically limited to only leaving by car.

I’m only looking at maps, but it looks like there are schools, at least a couple of churches, a grocery store (which it seems you can walk to in just under mile) within the circle and a few places to eat on the very fringes. That’s actually pretty good, but they almost certain can’t work within that mile.

And is it better than, for example, here:

A not as random Minneapolis radius

Sure, you’re probably not working within this one mile radius either, but you might work downtown and here you have to option to take the train from the 50th Street Station. You also have a grocery store, a coffee shop, several places to eat, a library, multiple parks, schools, several churches, a post office and banks within a few blocks walk (the nearest pharmacy is a little bit farther, but still within the radius). There is even an easily navigable grid of streets with sidewalks on which to get to and from them. And it’s still a neighborhood of single family homes.

I know where my preferences lie (even though this is not my neighborhood). I’ve said repeatedly on this blog and elsewhere that I think everyone should live within an easy walk of a grocery store, a liquor store, a pharmacy and at least a few places to eat. I don’t expect everyone to share these preferences but I would, however, hope that everyone at least honestly weighs the costs in time, convenience and money involved with not having the option to get to stuff without driving.

Yes, I know these aren’t the only factors. I’ve not covered schools or price. I’ve not covered perceived or actual safety differences (seriously, they are mostly perceived). I just think people should place a lot more value on their time and the convenience of accomplishing their every day tasks, which can be a lot more pleasant without a car.

Adam Miller lives and works in downtown Minneapolis. He’s an avid user of the city’s bike paths, sidewalks and skyways. He’s not entirely certain he knows what the word “urbanist” means.

An argument against suburbs: live closer to stuff