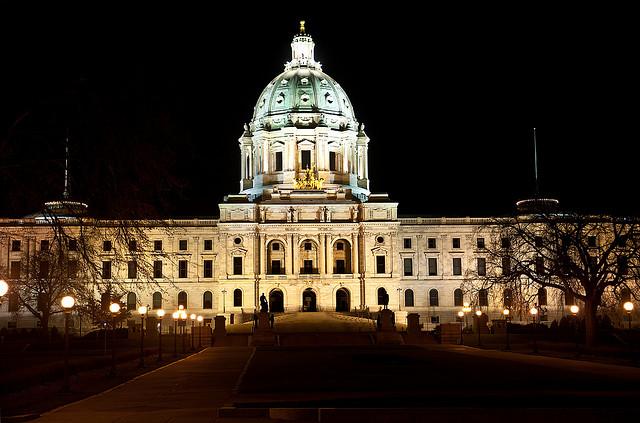 Shannon Watson is the founder of Definitely Someday.

Stubble: What is Definitely Someday and how did it come into being?
Shannon: Definitely Someday helps normal people plan for a future run for office. We identify leadership opportunities, establish a personal brand with social media, make contacts within political parties, and eliminate or minimize the negative impact of “skeletons in the closet.” We also work with potential candidates and their families to understand the process of running for office, and what that means. There are benefits and drawbacks to running and serving in public office, and the process is easier if everybody understands the realities and their role in advance.

I’ve been active in politics for 20+ years. I choose to work for candidates based on the person I think should win, not who has the best chance to win. I’ve known people who would have been amazing public servants and who could have literally changed the world, but something during their campaign tripped them up, and they didn’t get elected. The only thing worse than losing is losing badly when you don’t have to. There are a lot of organizations that teach candidates how to fundraise and how to doorknock, but I couldn’t find anybody focusing on the personal preparation — the stuff you can’t “fix” while you’re campaigning — so I started Definitely Someday.

Stubble: What’s your basic process for preparing a candidate to run?
Shannon: It starts with a conversation. I ask people to talk about themselves and their life, and I do an analysis of what they bring to the table and where there are opportunities. This is a different conversation with every single person, as everyone’s life experiences and future goals are different. Based on their place on the map and their goals, we put together a plan. That plan is implemented and adjusted as needed until they are ready to run. Once they file, we hand them off to other people who can help with the campaign itself.

Stubble: How is the general health of candidates in Minnesota these days? Are you seeing people as prepared for their careers in public service, or are there any common gaps?
Shannon: I believe the current pool of candidates is pretty good in Minnesota. No offense to white guys, but they are the only demographic that is consistently represented, so there is always a desire to develop potential candidates who are “not that.” Women and people of color have their own individual and societal barriers to running for office so we’re trying to find ways to help those two groups. That being said, there are plenty of qualified passionate white guys who deserve to be elected too, so we don’t discriminate when it comes to our clients.

One thing that’s not necessarily a gap, but an interesting statistic is that the proportion of veterans among our elected officials has gone way down. I’m a bit biased, since I come from a family with a strong military background, but I think veterans make fantastic public servants — they’re obviously dedicated, they have a strong work ethic and strategic approach to problems. I worked on a campaign with an army officer who was between deployments, and he was the best person to have around when there was a crisis. “Calm down, nobody is shooting at you,” he’d say.

Stubble: What do you think is the biggest/most common surprise new candidates face? The “Oh my god, now that I’m a candidate I never knew I’d have to _____” type realizations.
Shannon: Ask for things. A candidate spends most of their time asking for money and asking for votes. (Well, that’s what they’re supposed to be doing. If they’re spending time on other things they’re not using their time in the best way. The candidate should not be writing press releases or delivering yard signs.) For a lot of us, asking for help is hard to do. It gets a little easier with practice, but it’s still hard to do every day.

Stubble: What are some smaller “daily exercises” that would benefit a good candidate? The jumping jacks and pushups before breakfast version of increasing your viability.
Shannon: I’d say there are two. One, staying current with what is happening in Minnesota and within the community you want to represent. Watch the news or read the paper. It’s a lot easier to speak credibly about the evolution of an issue if you’ve been paying attention all along. It’s harder if you have to “cram” after declaring your candidacy. Two, be conscious of what you’re putting out on social media. Post and comment authentically, but beware of anything that could call your character or integrity into question.

Stubble: How has the “modern” candidacy changed? I imagine your background checks and “landmine” searches would deal a lot with social media and google search results. Is it harder to be a totally squeaky clean candidate when your past info is so easy to find?
Shannon: Nobody is squeaky clean. Nobody has ever been, but digitizing all of our communications hasn’t helped. The thing I remind clients is “digital is forever” — even if you delete it, don’t assume it’s gone; and “only my friends can see it” — assume that’s a lie. Anything you put on social media may as well be published on the front page of the Strib. Participation on social media is like your credit score — no activity will hurt you as much as bad activity. People like knowing their candidates, and social is a good way to establish credibility and let people know the real you.

The other thing — that stems from so much public information being available — is that the electorate has become desensitized to “scandalous” admissions. Substance abuse, divorce, debt… these are part of the conversation. They’re “real people” problems that can sometimes be an advantage when it comes to policy making. Do I want someone who was homeless as a teen to weigh in on homeless issues? Absolutely. Do I want someone who has been the victim of domestic violence to be part of the conversation about protection orders? Heck yeah. Do I want someone who’s lost their job to talk about unemployment benefits? Yep. When I talk to potential candidates who say they have too many skeletons, they’re usually wrong. There isn’t much that can’t be overcome if it’s dealt with correctly. There are really only a few things that I would count as automatic run for office disqualification. (Since I know that’ll be the next question… violence against children or animals would be one. Criminal histories, depending on the offense.)

Stubble: Who is your favorite West Wing character?
Shannon: Like a lot of optimistic politicos that’s one of my favorite shows of all times. The congressional campaign I worked on in 2010 assigned everybody a character and in that crowd everybody said I was CJ, which was flattering. But my favorite has always been Ainsley Hayes. She took the opportunity to work with people of the other party, and while they almost never agreed, her debates with them made for better policy. I love that they managed to make disagreements respectful; they were all on the same team in the end. We would have a much better world if everybody had a politically opposite best friend.