Among those who know the history of the American civil-rights movement, Roy Wilkins’ name ranks up there with Thurgood Marshall, Martin Luther King Jr. and Malcolm X. Wilkins was a contemporary of all three and led the National Association for the Advancement of Colored People (NAACP) during the greatest civil-rights advancements in United States history.

On Jan. 20, 1967, President Lyndon B. Johnson awarded Wilkins the Presidential Medal of Freedom. In the Twin Cities, where he grew up, his name adorns an arena in St. Paul and a dorm on the University of Minnesota campus, and not much else.

“Unfortunately, the vast majority of students I confront in the 21st century have no clue about who Wilkins was or what he accomplished,” said Samuel L. Myers, Jr., the Roy Wilkins Professor of Human Relations and Social Justice and the director of the Roy Wilkins Center for Human Relations and Social Justice at the Humphrey School of Public Affairs, University of Minnesota. In an email response to questions about Wilkins, Myers said “few if any of the undergraduates I have interviewed for research positions at the Wilkins Center are able to answer this simple question: ‘Who was Roy Wilkins?’ ”

Who was Roy Wilkins? He was born in St. Louis and grew up in his aunt and uncle’s home in a low-income, integrated community in St. Paul. He graduated in 1923 with a degree in sociology from the U of M, where he also worked on The Minnesota Daily. After graduation, he worked at a small St. Paul newspaper, the Northwest Bulletin, and later became editor of St. Paul Appeal, an African-American newspaper. He later became the editor of the Kansas City Call.

In 1934, Wilkins succeeded W. E. B. DuBois as editor of the NAACP’s magazine, The Crisis. He was named acting executive secretary of the NAACP in 1949. In 1955, Wilkins was named the NAACP’s executive secretary (the title was later changed to executive director). One of his first actions was to provide support to civil-rights activists in Mississippi who were being subjected to a “credit squeeze” by members of the White Citizens Councils. Wilkins backed a plan in which black businesses and voluntary associations shifted their accounts to the black-owned Tri-State Bank of Memphis. By the end of 1955, about $280,000 had been deposited in Tri-State, which allowed the bank to extend loans to blacks who were denied loans by white banks.

Wilkins participated in the March on Washington in 1963, the Selma-to-Montgomery marches in 1965 and the March Against Fear in 1966. He often testified before congressional hearings and conferred with Presidents Kennedy, Johnson, Nixon, Ford and Carter. During his tenure, the NAACP spearheaded efforts that led to civil-rights victories, including Brown v. Board of Education, the Civil Rights Act of 1964 and the Voting Rights Act of 1965. 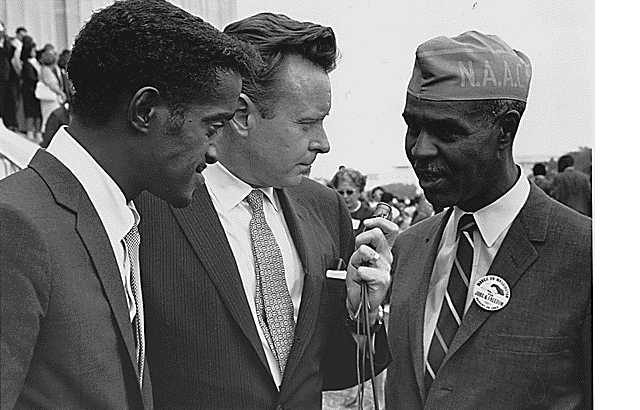 Wilkins fervently opposed the more militant factions of the civil-rights movement, arguing instead for legislative action. Myers said this belief can be traced to Wilkins’ Minnesota roots.

“He specifically embraced integration as the route toward dismantling racial discrimination and segregation,” Myers said. “His experience working closely with whites, such as on the editorial board of the Minnesota Daily, provided him with a unique set of experiences and insights that perhaps he would not have had if he faced stark segregation in his formative years. Put differently, he saw whites as allies and supporters of the fight for equality as opposed to enemies and opponents of equality.”

Myers calls this the “Minnesota” approach to civil rights. “In other parts of the country, the view was that the battle was against an enemy. This perspective contributed in many respects to the rise of militant, black nationalistic approaches to combating discrimination and racism. The Minnesota approach, and very much the NAACP approach under Wilkins’ leadership, was more conciliatory; [it] began with the premise that people are basically good and that they want to do the right thing and will do so if provided the tools or guidance required to dismantle barriers.”

Wilkins retired from the NAACP in 1977. He died Sept. 9, 1981. For his work, the NAACP awarded him the Spingarn Medal in 1964, and in 1967 Johnson gave him the country’s highest civilian honor, the Presidential Medal of Freedom. He was also awarded the Anti-Defamation League’s American Democratic Legacy Award, the American Jewish Congress’ Civil Rights Award, the Outstanding Alumni Achievement Award of the University of Minnesota, among others. He was a trustee of the Eleanor Roosevelt Foundation, the Kennedy Memorial Library Foundation, and the Estes Kefauver Memorial Foundation. 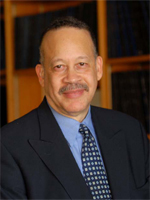 Minnesota has several memorials in his honor: The St. Paul Civic Center Auditorium was renamed the Roy Wilkins Auditorium in 1984, and a memorial to him was erected on the Minnesota State Capitol mall in 1995. The U built Roy Wilkins Hall dormitory in 1996.

“Wilkins was the leader of (the NAACP) during the period when most of the major civil rights victories of the 20th century occurred,” Myers said. “Many other organizations united to support the March on Washington, the Civil Rights Act of 1964, the Fair Housing Act and other important legislative efforts to dismantle segregation and racial discrimination, but the NAACP was the leading organization fighting for equal rights. In this sense, Wilkins was a leader among leaders.”

“Toward the end of his career, Wilkins, like MLK, Jr., and Malcolm X, expressed concerns about persistent economic inequalities. … the widening gap between the top and the bottom. But he never adopted the view that we needed to overthrow the market system or protest managerial capitalism to achieve this goal of economic equality. Rather, he embraced the market system and hoped to find a means by which racial minorities could succeed within that system.

“At that time, many African American intellectuals viewed the NAACP’s and Wilkins’ approach as too conservative, too conciliatory, too little, too late. However, the triumphs of the NAACP’s approach can be seen through the increased presence of African Americans and other racial minorities on corporate boards of directors, among top investment firms, venture capital companies, banks, and Wall Street firms.”

Given Wilkins’ adherence to the Minnesota approach to civil rights, this may be the best epitaph, the biggest honor, of all.