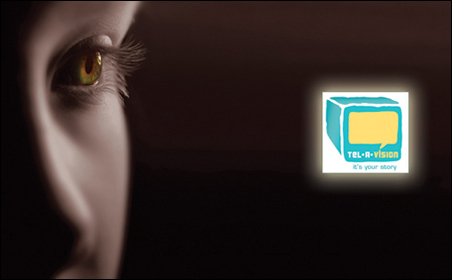 Nothing happens without a vision. It’s been said that we create and achieve what we focus on — whether that focus is on the positive or on something negative — and if we invest our conscious hours in focusing on positive visions, we’d be healthier and, most importantly, far more likely to realize our dreams and live a life aligned with our strengths, purpose and passions.

In this time of economic upheaval rippling across the globe, fundamental political and systemic change in the United States, and a struggle to find good news or positive information amongst the hundreds of TV stations and tens of thousands of websites and publications available to us all, the world needs to see possibility, hope and visions of the future that focus on the positive.

Any leader will tell you that vision is the most important first step to take before anything else happens, whether it’s a startup, a product, project or initiative. Leaders will also tell you that the next great leaps in creativity and innovation will come from those that see the possibilities, instead of downside, risk or failure. And from empowering kids to see possibility, feel hope and create, communicate and absorb a vision for their lives, for humanity and the world.

If only there was someone with a vision about what could help our next generation create and live their own vision stories and celebrate their dreams, hopes and goals for themselves and the world…

George Johnson, a serial entrepreneur with the startups SHARE Seniorcare (now part of UnitedHealth Group), Internet Broadcasting, TECHIES.com and other adventures, has lived his life with vision first. Not just some sort of a “generic vision,” but rather ones that matched his values and what he felt was his personal mission and purpose for being here: helping others live up to their potential.

Through vision after vision, George built successful organizations, but in his gut he knew there was something more he had to do. As he describes this “knowing” he had, he says, “What we need more than anything in the world are more visions of hope and possibility. We have become a nation of negativity and fear, much of it broadcast on television news. Unless we change our current course, we will become what we envision.“

George and I have been friends for many years, and we got together at his place up on Lake Superior earlier this year to brainstorm about the “What’s next? What’s possible?” as he was crystallizing his vision. Everything he’d done up to that point led him to one conclusion: He needed to figure out a way to empower the always-on, always-connected, new-media generation of Millenials to use Internet-centric tools and create their own vision stories, acting as a catalyst for positive change in the world.

TEL•A•VISION was founded to create a way to give kids a voice and a platform to share their stories and dreams for themselves and a better world. It’s his hope that by sharing with each other, youth around the world will realize how much they have in common.

He partnered with Minneapolis agency Haberman & Associates, to bring this vision to reality. Leveraging the Bay area video creation engine from OneTrueMedia, the skills and abilities of a host of others, and what seems to be an instant acknowledgement by people that this effort is absolutely right and something desperately needed now, George has seen and unseen momentum behind him that is propelling his vision forward…

…and, of course, that’s the WHOLE POINT of starting with vision!

As I reflect on the conversations George and I had in January near the fire on Lake Superior, I remember the occasional thought that crept into my mind about “this idea is a little nuts” and I couldn’t see how he could make it a reality. I love this guy, but he’s no technoweenie and I struggled a bit to see his vision and how it could come together.

Now his vision is a reality. TEL•A•VISION will officially launch Wednesday, Oct. 22, at Minneapolis North High School. Dozens of visionaries, community leaders, educators, parents and students will gather to celebrate the importance of vision and kick off the TEL•A•VISION movement. Special guest presenters will include polar explorer Ann Bancroft, and TEL•A•VISION partners Best Buy, SEARCH Institute, Youth Frontiers and the National Institute on Media and the Family.

The result of my own embracing of the TEL•A•VISION vision (along with so many others behind it as well, how George has put this movement all together and aligned everyone’s motivations and incentives to make it a reality) makes George my pick for “poster child for vision.” I can’t think of a better role model for living your vision — and for being the TEL•A•VISION visionary — than George Johnson.

Wage inequality increased in most U.S. cities in the last 40 years, but the increase in the Twin Cities has been relatively mild