NEW YORK — You could call David Carr a lot of things: former crack addict, cancer survivor, best-selling author and respected media critic. But whatever you do, don’t call him a journalist. “I don’t like the word. It’s kind of a prissy way of saying ‘reporter.'”

Despite his obsession with new media, a subject he explores meticulously in his weekly column “The Media Equation” for The New York Times, Carr is very much from the old school and a newspaper man at heart. When he left the Twin Cities Reader in 1995 to become editor of the Washington City Paper, Carr had a reputation of being a stickler for getting the story right as well as being something of a tough boss — or as he describes it in his 2008 memoir “The Night of the Gun,” “I had half a ferociously loyal staff. The other half thought I was a coarse, abusive lout and could not wait for me to leave.”

“The Night of the Gun” (and its companion website www.nightofthegun.com) also chronicles Carr’s long and harrowing struggle with drug and alcohol abuse during the 1980s while trying to make it as a reporter and single father of two in the Twin Cities. It’s a hard-edged book that gives new meaning to the term “unflinching,” so I was a bit nervous when I sat down with him in the Times cafeteria. Yet while that roughness in him is still there (while eating a cookie, he appeared to have no interest in brushing the crumbs off his suit), Carr’s general demeanor is anything but. After offering to sing me a rendition of Journey’s “Don’t Stop Believing,” Carr went on to discuss his complicated relationship with the Twin Cities, why he relates to Sarah Palin, the “Iron Man” franchise, and his latest (and much publicized) addiction, the iPad. 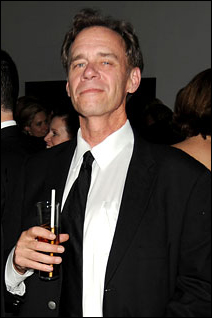 MinnPost: In your memoir, “The Night of the Gun,” you talk about Minneapolis as a place of “endless forgiveness.” Is there something specific to the Twin Cities that lends itself to that sort of generosity?

David Carr: When [Star Tribune reporter Mike Kaszuba] wrote about my book he suggested that I was sort of getting over on Minnesotans. It made me feel like I didn’t really make myself clear in the book.

I didn’t want to imply that the people who worked for me after I got sort of face planted were credulous, and I got over on them. I mean, many of them have gone on to great things. I think it worked out for them, too.

Minnesota is not a super warm place, but people there are not real quick to judge. I guess that’s what I was trying to say.

MP: In a recent piece about Sarah Palin’s continued presence in the mainstream, you wrote about how, being from Minnesota — which you said could be considered “the Southern most tip of Alaska” — you felt that there was a certain authenticity to her image that you could understand. Could you expand on that?

DC: When Sarah Palin used “snow machine” in a sentence, I thought, “I don’t really share a lot of politics with her, but she’s going to tunnel her own road to consciousness.” “Snow machine.” It was like, “I know you. I met you before.”

She’s done some freaky things, and I’m not sure I’d want her to hold the football for the entire nation. But I don’t have any trouble understanding why she connected. I mean everybody at the Republican Convention in St. Paul was just looking around and saying, “These people are weird.” And I was, like, “These are my people. I like them.”

MP: During the ’90s you served as both editor and media columnist for the Twin Cities Reader. Do you think that writing about media in Minnesota would be as interesting now as it was when you were there?

DC: The story in Minnesota — other than MinnPost, sort of, and maybe Minnesota Public Radio — is one of entropy. It’s of less. And you can’t fight anymore about whether the Twin Cities Reader or City Pages is better.

People still find interesting stuff to cover, and I do read the coverage there. But I think there’s less to write about. I mean, WCCO is so much smaller. Is it going to end with Don Shelby standing there with a pair of coconuts, clapping them together and saying, “And there’s the news”?

MP: Do you see the online news sites as sort of the equivalent to the alternative papers you used to work for? Or do you see them as something that might possibly have to pick up the slack if the larger print papers go under?

DC: Are they dailies? Are they alt-weeklies? I think they’re kind of a hybrid. I mean, sometimes, when we in alternatives were working against the mainstream media, we said stuff just to be obnoxious or to get attention. But if you’re serving as an important source of information in your community, just zooming along on attitude isn’t going to do it. Attitude is so cheap in a web era. It’s facts – news — that’s still the killer app.  So they’ll be some sort of blend, I guess.

MP: In 2008, you wrote a piece about Robert Downey Jr. and his role in “Iron Man.” Were you drawn to that piece because of the similarities in narrative between you and Downey Jr.?

DC: Is that your polite way of saying did I get assigned to that because we’re both crackheads?

DC: Yes. The answer is yes. I wouldn’t say that Mr. Downey and I totally connected. He’s got his own cosmology, and I didn’t understand what he was talking about half the time.

You know, he kind of lost his marbles at a Burger King, and then two years later he was a [Iron Man] figurine on the counter of a Burger King.  I’m not a big deal like that, but in terms of America being a great country and extraordinary things happening, I could identify with that. And I love that movie.

MP: Are you planning another book?

DC: I’d say I’m a pretty low threat for another book. I’m paying very close serious attention to what’s going on in all matters of new and old media, and I’m probably a little too new-media obsessed. I don’t really want to take my eye off the ball right now. I got my hands pretty full.

MP: Lately there’s been a lot of talk online regarding your obsession with iPad, and not necessarily in a flattering way. Your thoughts on that?

DC: I have very strong feelings about the iPad and the effects devices like it are going to have on the media. But I think I was guilty of an overshare on the issue. I’m sort of staying away from words with “i” in front of them.

Dylan Dawson, who grew up in the Twin Cities, is a playwright in New York. This interview has been condensed.