Ron Handberg was a fixture in the Twin Cities world of journalism during the 1960s, ’70s and ’80s, working as a reporter, news director and general manager at WCCO-TV. He made quite a mark and is a member of the Museum of Broadcasting Hall of Fame.

After leaving the station in 1989, he turned his hand to fiction, and produced four mystery/thriller novels, all set in the world of a fictional Twin Cities TV station that looked a lot like Channel 4.

Now, more than 10 years after his last book, a new Ron Handberg novel, “Deadly Reunion,” has been published by North Star Press.

We checked in with Handberg so see about his writing career and see what he thinks of the news business these days.

MinnPost: You had some solid hits in the ’90’s with your earlier books, set in the world of television news, but it’s been a while since we’ve seen a new Ron Handberg on the shelves. What have you been up to — and what was the impetus for this new novel? 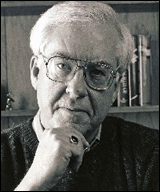 RH: After “Dead Silence” was published in the late ’90s, I stepped away from the computer for a couple of years. As I aged, the thought of spending another two years in virtual isolation writing a fifth book, to the detriment of my relationships with my wife, kids and grandkids, did not seem like the thing to do. I had other priorities. And, besides, I had no great ideas for a new novel. I was simply enjoying retirement. Then, I got a letter from a retired detective I had interviewed decades before about the still-unsolved rape and murder of a young suburban girl. A conversation with him, and access to his complete files on the cold case, planted the seed for what eventually became “Deadly Reunion.” I was off and running, but slowly.

MP: The publishing world has changed dramatically in the past few years. What was the path to publication for “Deadly Reunion” … and how did it differ from the earlier books?

RH: Because so many years had passed, all of my contacts in the publishing world had changed or disappeared, even at my long-time publisher, HarperCollins. I was an “unknown” by now, despite significant success with the previous four books. I was like a first-time novelist, searching for a publisher willing to look at the first drafts of the new manuscript. It was a humbling experience. So, after a number of rejections, I simply put the book aside for a couple of years — until, late last year, when a regional publisher, North Star Press of St. Cloud, took me under their wings.

MP: Your earlier books featured television news reporters and anchors as the protagonists — and I see Alex Collier from the previous books gets a cameo this time — but “Deadly Reunion” has big George Barclay, the news director, returning this time in a lead role. Why the shift?

RH: George Barclay had been a secondary character in all four of the previous books, and I grew to like him more as a character with each book. He was everything a protagonist in a book like this should not be: overweight, ungainly, in many ways a social misfit. Except in his newsroom. He seemed like the perfect anti-hero. And I loved writing about him. With each book, I have tried to dwell more on character development, not to short-change the mystery, but to make it more than just a mystery.

MP: You worked both as a reporter and news director/news executive during your career at WCCO-TV, so how much of your protagonists’ lives and mannerisms and thoughts are autobiographical?

RH: All of the characters in the book resemble someone I have worked with over the years. In Barclay, I suppose, there is some of me, but much more of my mentor in my early days at WCCO-TV, the late Joe Bartelme. Not physically, or socially, but in his commitment to honest, no-nonsense, hard-charging reporting. A guy with “the journalistic balls of an elephant,” as someone in the book describes Barclay.

MP: Were the previous books, too, based, at least in part, on real cases that came through the newsroom? 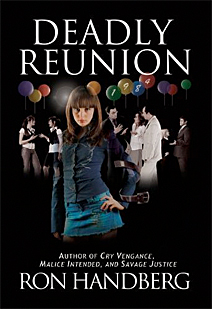 RH: The first book, “Savage Justice,” was inspired by the I-Team’s investigation of Judge Crane Winton. And the hero in that book, Alex Collier, was, for all intents and purposes, Don Shelby. The last book, “Dead Silence,” was not based on a WCCO-TV story, but on old newspaper reports about three young Minneapolis brothers who disappeared without a trace in the early 1950s. The other two books were purely figments of my imagination, bearing no resemblance to real life.

MP: Having been away from the newsroom for a while, how has the television news business changed in the Twin Cities … and what do you think of those changes?

RH: There obviously have been dramatic changes in television news over these past 20 years, much of which I tried to capture in the new book. Changes fueled by the economy, the increased competition from cable et al., and certainly by the recession. These days, there’s “a lot more frosting than cake,” as one of the characters complains. More attention to the superficial and inane, where Lindsay Lohan gets more attention than the leaders of this country. What makes the decline especially sad is to see the occasional blockbuster of a story on one or more of the stations, proving it is still possible to do the kind of balls-to-the-walls reporting of old — the kind of reporting I grew up with, and for which I am still extremely proud.

RH: I, like Barclay, am illiterate in the new technologies. Too old or stodgy, I guess. But it clearly is the future in this 24-7 world of ours, and I understand the reliance on the sexier means of communication. But faster does not necessarily mean better, and I wish some of the younger journalists would better understand that difference. I yearn for the old-time gate-keepers, who were responsible for separating the wheat from the chaff — to the benefit of all of us.