NEW YORK — If you’ve been a season ticket holder at the Guthrie Theater during the past 35 years, chances are you’re familiar with the work of Sally Wingert. Recently dubbed “the Meryl Streep of the Twin Cities,” Wingert has appeared in more than 80 productions at the Guthrie since she was initially hired to understudy all the female roles in a 1985 production of “A Midsummer’s Night’s Dream,” and has remained a vital part of that theater’s legacy ever since.

Upon discovering this, and having seen her on the Guthrie stage many times myself while growing up in Minneapolis, I was eager to talk to Wingert about this long overdue turn in her career as well as her feelings about working at the Guthrie — and at other Twin Cities theaters. After the interview, Wingert was kind enough to invite me not only to the recent opening night of “La Bête,” but also to the show’s opening night party, where she led me from table to wine bar to table, introducing me to a whirlwind of theatrical giants and friends, all of whom seemed to be equally enamored by the Twin Cities theater community’s best kept secret.

MinnPost: I read that your first production was in the ninth grade when you played the Queen of Hearts in “Alice and Wonderland”?

MP: It’s out there on the Internet.

SW: Well, there were two things: When I was in junior high in Duluth, I did a little thing in a variety show. I didn’t quite know where to send my “Look at me! Look at me! Look at me!” energy, so I did that. And then when I got to Carl Sandberg Middle School [Golden Valley], they had a couple of little drama shows and I auditioned for them, and the first one was “Alice in Wonderland.” The second one was a one act where I played a witch. My teachers have remained in my life. I had a director/teacher in high school, Neil Lubke, and he comes to see everything. He and his wife are flying out to New York to see [La Bête]. And I am so marginal in this production. It’s not like there’s a lot of face time or a lot of words I have to say.

MP: You attended the University of Minnesota, but left after two years. What prompted that decision?

SW: I was incredibly kind of singularly focused on just wanting to do plays. I regret now that I didn’t spend more time on other aspects of my education. But then, after two years, I got a gig at the Actors Theater of St. Paul [now the Actors Theater of Minnesota]. I don’t know if you can do this anymore, but I just think that there’s no better education than experience and observing other actors. Especially observing your betters, and for the most part, most everybody’s my better, certainly in those days.

MP: What was your first production at the Guthrie? How did that come about? 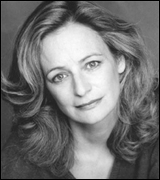 SW: [Former Guthrie Artistic Director] Liviu [Ciulel] saw me in a little after-hours thing that I did there in the rehearsal rooms. I began to get calls to come in and audition. But I was at the Actors Theater of St. Paul, and I had a fulsome amount of work, so it never worked out. But they called me one May and asked me to audition to understudy in Liviu’s production of “A Midsummer’s Night Dream.” The Actor’s Theater of St. Paul was on a school calendar, so I knew it would work out. I auditioned and they asked me to understudy the actor playing Helena. But I understudied all the women in that production — Hermia, Helena, Tatania, and Hyppolyta — and, as a thank you, Liviu gave me five performances of Helena to do. I also ended up going up once for Tatania. So, through a kind of weird mix of fate, I ended up being a part of that season. Very, very small stuff that season. But that season in 85’/86′ was my first.

MP: Did the Guthrie have a regular company of actors at that time? How long before you were no longer having to audition for roles there?

SW: The first time I became a company member at the Guthrie Theater was under [Former Artistic Director] Garland Wright. Garland actually assembled a company and then said out loud: “You will be employed for a season. You will be employed for several seasons. You have job security and I’m planning a season that will include you. And I will not only give you employment, but I will give you employment that is dedicated to challenging you. We will assist in training that’s going to make you a better actor, and you will have big parts and small parts. You will have things that sort of play to your strengths and things where you will be expected to expand those skills.” That was Garland.

MP: When Joe Dowling replaced Garland as artistic director in 1995, did you fear having to reaffirm your legacy there?

SW: Are you kidding? Yes. First of all the company was dealing with the grief of having Garland say goodbye, and then Joe came in, and Joe made it very clear that he wasn’t going to officially have a company. It wasn’t that he said, “You guys are gone.” It was more to the point that we didn’t have that security. It was going to be a show-to-show kind of situation. Sometimes he could tell us if we were going to be used. He could look ahead and say, “Yes, I’ll use you in this and this and that.” But Joe’s seasons are picked because of plays that he is interested in, plays that he thinks the audience will be interested in. They’re not selected for a group of actors. So if we happen to fit into his season, fantastic. But if we don’t, you know, that’s the way it goes. There have been seasons that I haven’t worked at the Guthrie.

MP: How hard is it during those off-seasons to find work, given your reputation?

MP: How did your casting in “La Bête” come about?

SW: I was doing a play at A.R.T [American Repertory Theater] in Cambridge, [Mass.], and an associate at Jim Carnahan casting had come and seen the show and came back to New York, apparently, and mentioned my name, and Jim Carnahan said he was surprised. He had met me before, but knew that I was a Twin Cities actor, and he said, “She’s in Boston? I’m going to call her and see if I can get her down for this audition tomorrow.” So I auditioned for “La Bête.” Initially, they were just going to have the stars move from London to New York, and there was going to be an American company on Broadway and a London company surrounding the stars in London. And I auditioned and I got cast, and a couple weeks later, Jim called me again and said, “[Director] Matthew [Warchus] has been thinking about it, and he’s decided he wants to use the same group in both places, and so they’d like you to come to London as well.”

MP: “La Bête” is a very difficult play to summarize. Can you try and describe it for potential audiences?

SW: I would describe it as a very contemporary play written in rhyming couplet, that takes place in the seventeenth century, but also as a very muscular sort of American play that takes place in France. [Laughs] It’s sort of a surprise. You’re dealing with iambic pentameter and verse, and you’re dealing with people in large costumes and wigs — sort of around the time when Moliere was plying his trade. Maybe if we saw — if Americans saw — Moliere in [seventeenth century France], his plays would feel like “La Bête” does now. It’s sort of a modern meditation on art, and patronage in art, and high art, and low art, and one’s commitment to an artistic life. It’s also about populism versus elitism. So it’s got all these things together, but mostly I’d try to tell somebody it’s pretty dang funny.

MP: How would you describe the Twin Cities theater community after all these years of watching it change and shift?

SW: I think that we are the finest secret culturally, not just theatrically — music, dance, opera, art — certainly in the United States. When I was in London [performing in “La Bête” on the West End], many, many times I had to explain where I was from geographically. When I’d say, “Oh, I’m from the Twin Cities” or “I’m from the Guthrie,” people would nod with a blank look on their face. And so then I’d say, “Well, we’re very near the headwaters of the Mississippi River, which runs through the Twin Cities.” Then they’d say, “Ohhhh!” like I’d just said the Nile or the Amazon or the Danube or something. And I’d think, Jesus Christ! The Twin Cities has made major work happen for decades. Major playwrights have come from there, major musicians. So then I’d say, “Well, do you know the Replacements? Prince? Dylan?” It’s like, culturally how much more does it take to be on the map?

MP: You feel strongly about it.

SW: I’m righteous about it. I want to tell people, “How dare you not know the work that’s done here?” I remember sitting at the Playwright’s Center with 25 people listening to August [Wilson]’s play “Jitney” being read. And August is there, and people are commenting after “Jitney,” you know, commenting, having a little dramaturgical critique session — about “Jitney”! That was in my hometown! And there was nothing extraordinary about that night. That was just how the day went.

On the other hand, one of the reasons we’re able to make “Art” with a capital A in the Twin Cities is because we haven’t been infected with the notion that we’re going to be famous for it. It’s because we’re doing it for each other. I long ago realized that [being] a certain level of famous is a very double-edged sword. I’m very content to be thought of by my peers as a good actor, if I am. And if some members of the Twin Cities community see my name on something and say, “Oh, that might be good. Sally’s in that — that might be good,” well, that would thrill me. That would sustain me — if I also have the opportunity to do good work. I mean, if I challenge myself to do good work.

So sometimes I want to say, “Everybody, bang a drum! You should know about the Twin Cities!” And then other times I wonder what a more famous sort of circumstance might mean for the community and think, “Don’t bang that drum very loud.”

Dylan Dawson is a playwright, performer and documentary researcher. He currently lives in New York City. This interview has been condensed.