This Sunday at the Bell House, a warehouse-turned-bar in Brooklyn, a crowd of emerging young artists from Minnesota who have relocated to New York will watch in suspense as Sen. Al Franken makes his final verdict in a contest about which food tastes best when served on a stick.

It doesn’t get much more Minnesotan than that.

That the contest’s judge will be one of Minnesota’s highest profile politicians is somewhat surprising. But talk to Sam Utne, the 28-year-old behind Sunday’s event, and you won’t be surprised for long. Since moving to Brooklyn a few years ago, Utne has quickly become something of an unofficial ambassador to the young creative minds who’ve also made the move to New York but still call the Twin Cities home.

The Bell House gathering — dubbed “The Minnesota State Fair Affair” — is part of an initiative called the Minnesota Culture Club, co-founded by Utne and a fellow Minnesotan (and now Brooklynite), Rafi Golberstein. The idea of the “club” is to bring together artists, journalists, musicians and other talented and generally ambitious young Minnesotans who are now living elsewhere, but who still crave the kind of community and support they left behind in the Gopher State.

I recently spoke with Utne about the club and its upcoming “State Fair Affair” event, which is co-hosted by another like-minded group called “Minneapple in the Big Apple.” We also talked about the influence of his parents, who founded the Utne Reader in 1984 when Sam was 2 years old, and about his secret life as a professional magician — a talent of his I’ve been lucky enough to witness (and get freaked out by) several times in the years I’ve known him.

MinnPost: Talk about the Minnesota Culture Club. How did it come about?

Sam Utne: Minnesota Culture Club is a place where we’re trying to aggregate Minnesota’s arts and cultures beyond its borders. There’s this incredible pride that Minnesotans have that not all people have for their [home state]. Midwesterners, in general, have it, but Minnesotans are pretty unique. So we decided to sort of create a spot where we can promote art and music and films and events and just fun things to Minnesotans living everywhere. 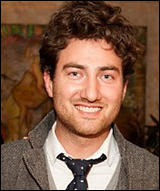 The idea sort of came from Rafi Golberstein, who’s the co-founder. He and I met at Ithaca College. We lived a few blocks from each other in Minneapolis, but it took going to Ithaca College in New York to meet. He noticed there were a bunch of Minnesotans on campus, and he wanted to meet them. So he — pre-Facebook — went to the registrar’s office, pulled out the book and highlighted everybody from Minnesota, and then had a cocktail party.

Soon after that we realized that if we actually formed an official club, we would get $250 from the student government, and then we could make T-shirts. … A couple years later, when I got to New York, I found myself hanging out with a lot of Minnesotans. Rafi and I decided, let’s create a blog. The rest sort of developed from there.

MP: What’s your ultimate mission for the site as it develops?

SU: Bringing Minnesotans together wherever they are. And it’s not just New York. There’s a group starting in San Francisco that’s calling itself “Lakeland in the Bay Land” and one in L.A. called “MinneAngeles.” So Minnesota Culture Club is national or international or just wherever Minnesotans are outside of Minnesota. We’re partnering with groups in local areas and trying to help them bring people together and create more of a national site that will be relevant to Minnesotans anywhere — to the Minnesotan diaspora.

In the long run we would love to have events like [the Minnesota State Fair Affair] in every city every month that feature Minnesota talent and where kids can get together and just have fun. We would also love to be able to have a large enough Minnesota network where we can help bands plan their tour schedules, where we could say, “You want to plan your first tour schedule outside of Minnesota and you’re a band that’s known to Minnesotans but not to many people outside of Minnesota? Here are cities where we can reach out to people and bring your hometown crowd so you can start with a base wherever you go.”

MP: What is it about young Twin Cities artists specifically that you think is unique? What is that quality?

SU: I think that there’s a real innovative feeling to the artists. … It’s strange. We have so much Minnesota pride when we leave Minnesota, but I think the people who live in Minnesota have the same pride. So the bands that become big there become very, very big there, but are sort of relatively unknown anywhere else.

And I think there’s almost this sort of Napoleon complex or something where [we think] the rest of the country, the rest of the world, just doesn’t get how cool we are. We know it and we know it’s true, but they don’t know it. And in some ways we want to keep it to ourselves because we love what we have and we don’t want to become a New York or an L.A. We have our own thing. But we don’t want them to think that all we are is …

MP: Who are some of the Minnesota-based artists that you’re really excited about right now?

SU: Let’s see. Jeremy Messersmith is just sort of an enduring favorite. I really like him. We’ve done some work with him. Something about his music really speaks to me. All of the Rhymesayers guys I love because they’ve expanded beyond Minnesota so much. Rhymesayers has done an incredible job of building its brand and building all the guys on its label, and they sell tours everywhere they go.

MP: I was surprised how widely covered [Rhymsayers member] Eyedea’s death was. I saw it all over the Internet on national websites like the A.V. Club and Gawker.

SU: I think that’s a great example of why Rhymesayers are so important. These guys were really doing their own thing. They were inventive. They sort of found their style and ran with it. And, you know, we can joke [about Minnesota artists selling out], but it doesn’t seem like they really sell out in the way that a band in New York or L.A. might. If you’re a band in New York or L.A. you’ve kind of already sold out, you know what I mean?

MP: You’re kind of predisposed to it maybe.

I haven’t really thought about it that way before, but I kind of feel, then, what am I doing here? Selling out too? [laughs] I would argue no, but if you’re making that argument than you could probably make it the other way, too.

MP: Your parents [Eric Utne and Nina Rothschild Utne] founded the Utne Reader, which has long been considered a leading magazine among the alternative press. I’m wondering how much of your parents’ influence is in your ideas behind MCC and behind your pride in the Twin Cities in general.

SU: I would say that their influence simply through parenting is in it. I’m not sure that I draw on the Utne Reader that much as a single source of inspiration, but there are pieces of it [in the Minnesota Culture Club project]. One of the bigger initiatives that the magazine had, and one of the things that I think my dad is most proud of, is the salon movement, which he was really instrumental in starting in the ’80s/early ’90s. This was before [online] social networks. My parents said, “We have many hundreds of thousands of subscribers, and here are a whole bunch of people who are like-minded people who would probably enjoy conversations with each other. Let’s introduce them.”

So they sent a letter to all of their subscribers, and they said, “How would you like to meet the people who subscribe to the magazine in your neighborhood?” They ended up having something like 20,000 people across the country meeting in each other’s living rooms on a weekly, monthly, bimonthly basis. Putting people together, bringing them together wherever they are based on commonality [the Utne Reader’s salon project] is something I’ve drawn from. I wouldn’t say that that was in my mind when Rafi and I were starting this, but it’s certainly something that I’ve found really interesting my whole life.

[I grew up] in a fairly entrepreneurial environment, [and learned] if you have an idea, go for it. You learn so much more from failing than from not doing something, so you might as well try. Just get out there, and if you have an idea that you have the juice to try, then do it.

MP: How did you get Al Franken to come to this weekend’s fundraising event?

SU: This is actually the second Minnesota Culture Club event that Al Franken has been at. He came to the Ithaca College club during the time that he had his radio show. All of the credit to him coming to this specific event actually goes to Mishka Vertin, who is one of the organizers and who basically sent Franken’s office an email, and they said yes.

MP: What is he doing at the event?

SU: He’s officially there to judge the food-on-a-stick contest.

MP: Of course. Last question: Are you still performing magic?

SU: I’m not getting paid for it anymore, but every once in a while I will pull out a few tricks. I actually recently did a few tricks while deep in the [Brazilian] jungle for some of the kids there, and had a fun time doing it. I want to get back into it. I don’t want to do it for big parties any more, but, yeah, I do love magic.

To be a part of the “State Fair Affair” this Sunday, follow Sam on Twitter at @samutne or @mncultureclub and tweet your favorite MN State Fair memories using #MNSFA.

Dylan Dawson is a playwright, performer and documentary researcher. He currently lives in New York City. This interview has been condensed.