Mike Hahm, who’s been in the parks-and-rec business for more than 25 years, has headed St. Paul’s department since his 2008 appointment by St. Paul Mayor Chris Coleman.

Last week, he expanded his reach when Gov. Mark Dayton named him to a spot on the Minnesota Amateur Sports Commission, which promotes programs throughout the state and operates many important facilities, including the National Sports Center in Blaine.

Before getting the top job at St. Paul Parks, Hahm ran the Como Park Zoo and Conservatory, managed the city’s recreation division and oversaw the city’s golf courses and Midway Stadium, so he’s got a strong background in amateur sports.

In this condensed and edited transcript, he talked with MinnPost about his appointment and the commission’s work.

MinnPost: Why did you apply for the commission spot?

Mike Hahm: I believe it is a great opportunity to serve the state in an area in which I have expertise and passion. The Minnesota Amateur Sports Commission has an outstanding reputation and track record for success, including partnering with local governments to make possible what couldn’t without their involvement. As a professional working in the parks and recreation field for my entire career in Minnesota, I have long admired the [commission’s] work and thought that my experience would bring value to the commission.

MP: What are your goals as a member? 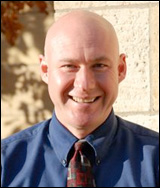 MH: To continue bettering Minnesota and continuing the [commission’s] reputation as a national example for how athletics can be structured to be successful financially and also support regional economic vitality. The [commission’s] entrepreneurial model is a big part of the future for our industry, and I hope to learn about this as I participate. The balance of entrepreneurship and service to those for whom fees present barriers is an issue of great importance to me.

MinnPost: How will your background and experience help with your commission duties?

MH: In St. Paul, and in the Parks and Recreation Department, we have long relied on strong partnerships with multiple agencies. Building these partnerships hasn’t always been easy, but I have seen countless examples of how this work has enabled our city to achieve so much more than what we would have been able to do on our own. The [amateur sports commission] recognizes the value of strong partnerships, so I hope my experience will prepare me . . .

MinnPost: Have you worked with the commission before, in your role as St. Paul Park and Rec director?

MH: From time to time, dating back to the establishment of the second ice sheet at the Highland Arena. More recently, we have been partnering to pursue multi-use athletic fields at the future Victoria Park.

MinnPost: Will your appointment help St. Paul, or do you have to abstain from voting on matters affecting the city?

MH: St. Paul is where I was born and raised and continue to call home, but I see my role on the [commission] as an advocate for athletics throughout the state. St. Paul has terrific venues and has demonstrated that it can be a regional athletic “home-base” for sports like baseball. But in the event that there is an interest or vote that may create conflict, I will consult [the rules on abstaining]. The values and work of the [commission] affect more than just St. Paul.

Is there a future for the Vikings in Minnesota?