In 1991, Lizz Winstead produced and starred in her one-woman show “Don’t Get Me Started.”

Turns out she just was getting started: Since her days on the stand-up comic scene in Minneapolis, Winstead has played stages all over the world, co-founded “The Daily Show” and Air America and wrote, produced and starred in the off-Broadway variety show “Wake-Up World.”

Her first book of essays, “Lizz Free Or Die,” hit stores two weeks ago (she reads and signs at Magers and Quinn in Uptown at 7:30 p.m. Monday) and performs at a Planned Parenthood benefit Tuesday at the Parkway Theater in Minneapolis.

Winstead took time out from her schedule to chat with MinnPost last week from her home in Brooklyn:

MinnPost: Reading the book, I was struck yet again by everything that you’ve been through and thrown yourself into, and by how much energy it takes to pay attention to the idiocy of politics and media. Most of us can shut that out for our own health and interests, but you dive in. It requires a constant vigilance, a constant paying attention to the human condition at its dumbest. How do you maintain that? Do you tune into the talk shows every day, and do you feel like you have a mission or a responsibility to hold these people accountable?

Lizz Winstead: I don’t know if it’s so much a responsibility as I just know that I couldn’t do it every day if it wasn’t part of my DNA. It’s just my makeup. My job is to parse through the wilderness of the world every day. It’s what I’m driven to do.

I read conservative papers and blogs and watch conservative TV, and I try to take it in as much as possible. What’s lucky for me is that I have an outlet; I can sift it out for people. So for myself, it’s catharsis, because I’ve chosen a career where I can find all these things to comment on and gather people in a room and talk about it. People do think it’s nuts, and feel like they’re alone with that a lot of the time, so to be able to gather 300 people and feel some camaraderie over how things are going can be really incredible.

MP: In terms of timeliness, your book comes out at a moment when the so-called “war on women” is being waged culturally and politically. The term has been both justifiably ridiculed and taken seriously. What do you think?

LW: In my book I talk about from an early age I knew that parenting and motherhood were not my calling. And since I’ve written that, I’ve been demonized and been called a hater of family and motherhood, and because I had an abortion, people say that I’ve demonized motherhood and all this crazy stuff. When you talk about the tradition of marriage, women were like cattle, like every other piece of property, so it shows that this “war on women” has been going on forever.

The war on abortion is only the latest [manifestation]. The uterus is the only non-vital organ that society has pre-supposed a woman organically and inherently wants to use. You never hear, “Oh, men have a penis. They inherently want to make children with it.” You know, it’s not true. And it’s incredible that I’m considered selfish because I’ve taken the time to know myself well enough that the tremendous amount of work that parenting takes is not something I would do well with.

MP: In terms of the feminist movement in the ’70s, there isn’t an organized kick-back against stuff like the war on women. Do you sometimes feel like you’re fighting a lone battle? 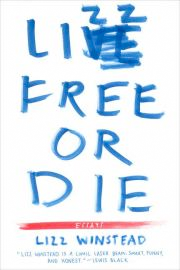 LW: When that new Congress took over in 2011, the first thing they did was try to defund Planned Parenthood. Living in the age of the Internet and social networking, people saw firsthand how the government was prioritizing things, and in each individual state, they saw these laws go down and people were able to talk about it through Facebook and Twitter and become very active.

And when I started doing these benefits for Planned Parenthood, I would go to these towns — and I’m not talking about liberal cities; I’m talking, like, Lincoln, Nebraska, and Cincinnati and Pittsburgh — and hundreds and hundreds of women would come out because they knew what was at stake. And then the Susan G. Komen thing happened, and within 12 hours Planned Parenthood was funded in a way that was just epic.

For years, we weren’t privy to the backdoor dealings of government, and now we are. So I feel almost the opposite of being alone. At event after event, I hear people say, “I’ve heard you tell your story and it inspired me to tell mine and not feel demonized.”

MP: It was very impressive how quickly you reacted to the Planned Parenthood thing and just got out on the road barnstorming the country. You’ve always been like that; you’ve always mobilized quickly. You must be looking forward to the Parkway gig.

LW: When I saw what was going on, I knew I could do one thing: I could go on stage and gather people together. It started as six shows, and I’ve done 22 now, and I’ve just decided that this is what I do. It’s not a tour anymore; it’s like my yoga practice.

When you’re doing a comedy show and one of the physicians from Planned Parenthood comes wearing a bulletproof vest because he wears it everywhere he goes except to bed, there’s a problem in our country. When you go to a Planned Parenthood and they have to spend four times what it costs to build a clinic than anyone else because every time they hire a contractor or try to buy drywall that business is picketed and their kids are threatened, it’s a problem.

When you go to these places and clinic workers are thanking you, with quivering voices, because when they go to work, they’re being called the dirt of the earth and being demonized, it’s overwhelming, it’s rewarding, and it’s also incredibly sad. And in that respect, I would say that my hope would be that people start embracing these centers as the national treasures they are. I just hope more people start saying, “These people can’t defend themselves and provide health care at the same time.” We need to say, “Hey, I’ve got your back.”

MP: In your book, you talk about your journey to find your voice and to be heard, which is an ongoing process. You say at the outset that you hope the book can be an inspiration to people. Who do you have in mind?

LW: As you know, in show business there’s no one asking for what you have to say, and so many talented people whose voices and stories and music and comedy need to be heard sometime leave the journey because the hurdles seem too great, and that makes me sad. So I’m hoping that through the course of people reading it, they stay on the path longer and they realize that the path is the goal. It’s not “If I get this album or TV show or book, I’ve made it.” Staying on the path is making it.

It’s frustrating, because when I look at some of my creative friends who feel defeated — and sometimes they compare their careers to somebody who’s made it really big — I always say to them, “You like people who are a little off. And food that is a little off. And the jokes you tell and the music you listen to is a little off. Why would it be that the comedy you write or the art you make would become this massive other thing? Why not cultivate and nurture the other people who gravitate to that, too?”

MP: Putting down your life in black and white between two covers has to be gratifying — to write for the record your story so far, and honor your parents the way you have. What’s next?

LW: This was simply the beginning of the storytelling for me. I’m already thinking about the stories for the next book. There are so many stories that fall into place after people know who you are. It feels good to have a lot of these stories on the record, especially about my folks, and about my family, and about that time in Minneapolis where that whole community was together in a really profound way. All those people who were there, in music or comedy or whatever they were doing, they all have their own stories to tell, and I hope that people pick up the thread and put them down for the record.