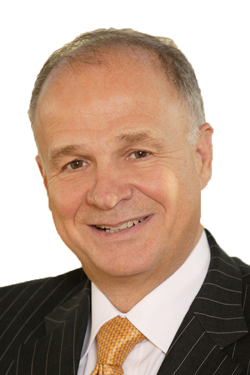 Mike Ciresi has never been accused of being a quiet man. The most famous of the courtroom victories to come of his four decades as a trial attorney was the $6 billion the tobacco industry paid in 1998 to settle a suit with the state of Minnesota. Before that, there were big cases against Union Carbide over its role in the Bhopal disaster and high-stakes cases involving injuries and deaths caused by IUDs.

It’s interesting, then, that the work of the charitable concern Ciresi and his colleagues started using some of the firm’s fees in the tobacco case has flown largely under the radar. Never mind that in 14 years of grantmaking, the Robins, Kaplan, Miller & Ciresi Foundation for Children has directed millions of dollars toward some of the Twin Cities’ most intriguing education efforts. Much of that spending has been on the kinds of wonky, unsexy investments that propel real change, even if they don’t make for glossy photos for the law firm’s annual report.

Among other initiatives, the foundation has underwritten the early-childhood-education advocacy work of Ready 4 K (now known as Think Small) and the Minnesota Early Learning Foundation (MELF), on whose board Ciresi served. It paid for an outside analysis of Minneapolis Public Schools’ hiring and retention practices with an eye toward strengthening its teacher and principal corps.

It paid for a principal training program in St. Paul Public Schools, and it stepped in last year with stopgap financing for the odds-beating Minneapolis charter  Harvest Prep, which lacked an affordable way of borrowing to offset the shortfall caused by the state’s school financing shift.

Most notably, earlier this spring the foundation created an advertising campaign designed to create support for education reforms being debated in the Capitol. One of the ads — which ran on MinnPost, among other media outlets, and in downtown skyways — urged support for a controversial bill that would have ended quality-blind teacher layoffs in Minnesota. Known colloquially as LIFO, for last-in, first out, the measure was vetoed by Gov. Mark Dayton.

Ciresi recently talked to MinnPost about the foundation’s work, the decision to spend more directly on advocacy and the odds that an equity-minded lawyer would take on an educational adequacy suit and whether it could pave the way for another Minnesota Miracle. An edited transcript of that conversation follows:

MinnPost: How did you come to create a foundation that concentrates on education?

Mike Ciresi: When we brought the tobacco litigation, the primary reason, apart from the fact they’re killing 400,000 Americans every year and doing it with impunity, was that they were recruiting youth and they were lying about the addictiveness of cigarettes. Cigarette companies exist by recruiting the next cohort of smokers. So it was really an industry that was targeted toward youth.

At the end of the case we said we wanted to form this foundation. The emphasis almost from day one was on children’s issues. We gravitated toward education because it’s the civil-rights issue of our time. I really, truly believe that to be the case. Unless and until we educate all of our children and provide them equal opportunity, I don’t think we’re going to create the conditions for America to prosper as it has in the past.

It’s so vital today. We have again, as we had between the 1800s and the 1900s, a lot of immigrants. Different factors are at play in the world, but there’s a lot of parallels that can be drawn. We need to make sure that all of our kids have an opportunity to get a fair education. With the disparities we see, obviously we’re not giving that. Minnesota is among the worst case in terms of the disparity between children of color and white children. That’s been the motivation driving the foundation toward systemic change in the educational field.

Because we are smaller we try to take not a shotgun approach but a rifle approach. We get focused and we have a lot of sustainability. In other words, we’re in it for the long term. An example: You could put [money] into food for kids at school, which is extremely important. It has to be done. You’d see an immediate impact. We tend to go to things that are going to take maybe a little bit longer but really change the system or have the potential for systemic change.

MP: In addition to spending on programmatic things, you recently began spending on advocacy.

MC: Yes, it was our first time. We’re not intending to do that a lot. [Our ads] talked about the issues that we were funding and tried to get the attention of the decision-makers and the opinion-changers in our community to get focused on this issue a little bit more. We’ve had very, very positive feedback.

You’ve got to get to the grassroots. We need to mobilize the public to understand and embrace these issues. The business community understands this. They’ve been very, very good on this. They’ve supported it. They’ve advocated for it and what we need to do is get the general public to more deeply appreciate and understand what impact this is going to have on the state down the road. We need an educated work force.

MP: Did there come a point where you thought, we can keep spending, we can keep making individual grants to very worthy endeavors, but could we really push the needle?

MC: You put your finger on something. We’ve made, since our inception, a little over $12 million in grants, probably approaching $13 million. We’re small but we’ve had a big impact because we’ve been sort of a catalyst and a trendsetter.

That was part of our purpose of our advocacy, to get this momentum behind this effort. It’s absolutely critical for this state’s future. People are starting to understand it but, and I don’t mean to be political, we need to get people in office who will understand this and embrace it.

MP: Your campaign and a similar one created by the education reform group MinnCAN, to which you have made grants, this year seem to be very clearly trying to send a signal to folks at the Capitol that the public has their backs.

MC: They do. Did you see the polls on this? It’s overwhelming.

MC: If you look at the teacher tenure bill, it passed. Now, I’ll grant you not too many people on my side of the aisle supported it. There were very few courageous ones that did, and the governor vetoed it.

MP: The irony is there were a number of DFLers who supported it last year who didn’t sign on this year.

MC: Let’s not kid ourselves. It’s easy for me to sit back here and criticize the people who are in office but the fact is I think that was vetoed because of Education Minnesota. There’s not any question about it, at least in my mind.

Now, when you’re sitting there deciding what you’re going to do it’s a different situation because you’ve got to pick and choose and you’ve got to try to put together coalitions. You’ve got to keep some people together. I understand all that, but this is about our children and about our future. I can’t think of a more critical issue. I’m all for the Vikings stadium, by the way, but it’s not more important than getting our kids educated.

MP: For me, there was some irony in watching that discussion happen at the Legislature and watching Minneapolis Public Schools tell Harvest Prep founder Eric Mahmoud that they’d give him four more charters over the next 10 years.

MC: Our hope — and look, the jury’s out — is that you can bring Harvest Prep to scale so that you can have a systemic change across all of north Minneapolis and something that can be replicated in other districts. The proof is going to be in the pudding as to whether that can be done.

There are a lot of factors and a lot of sectors that have to be pushing behind it. You need the private sector, the philanthropic sector. You need a superintendant who’s willing to do it and [MPS’] Bernadeia Johnson was willing to put her backside on the line, let me just be blunt about it.

I think your question is very, very important and that is, can something like Harvest be brought to scale and replicated? I believe it can be if you have the right management tools. I think Eric Mahmoud has those abilities, but as he gets bigger he’s going to find out that presents more and more challenges, which are opportunities. Our hope is that he’ll be successful in this, and I believe he will be.

MP: Is there a conversation going on among local philanthropic concerns about advocacy?

MC: I’ve talked to some people. We’ve convened a number of conferences on education here where we had all the major foundations in and that issue was raised. The issue of fragmentation was raised. I think what advocacy does is it enables the philanthropic community as a whole to see that there is an effort or a thrust in a certain area and they can join forces and bring it to a new level. That’s what we try to do. We try to say, this is really a critical issue.

My hope is that by the small advocacy program we did that others will say, yeah, we should put more effort into this, and that those with more resources will join in and create this grassroots groundswell of support that I talked about earlier that will then move toward the policymakers and the legislature and get fundamental change. We’re going to get there.

I’m probably too restless. When I see something that I think is wrong that should be changed, I want to get it changed now. I look at education and I go, “Don’t tell me it’s going to be five years, we’re going to lose another generation.”

MP: You have written persuasively about Minnesota’s failure to deliver on its constitutional guarantee of an adequate education for every child. Financially, anyhow, it would seem times have rarely been tougher. So how about a lawsuit?

MC: As you know, our constitution provides for equal education for everybody, and obviously that’s not being provided. The real issue there would be what the remedy would be. How does the court effectuate a remedy where the funding is just non-existent? You can’t appropriate monies. You can say this must be done but then, somehow, the state would have to come up with the money to do it.

It’s a very intriguing issue, and I hope it doesn’t come to that. This may sound strange to you but, as a trial lawyer, I’ve always said the last place you want to be is in a courtroom because you’ve really taken the ability to make the decision out of your hands and placed it into a third party’s hands, be it a judge or a jury. If you can make the decision and control the decision, you ought to do it.

The law is, I think, probably, today, the most responsive branch of government. I really believe that. We can all say we vote but, depending upon whether it’s a local, state or national election, we’re one of multitudes. In a courtroom, you can change the course of history, change things immediately. The court can order it done; then the Legislature has to find the money.

We’re just watching it. My hope is that we don’t have to do that, that we should be able to present a persuasive enough picture to a rational legislative body to get the change.