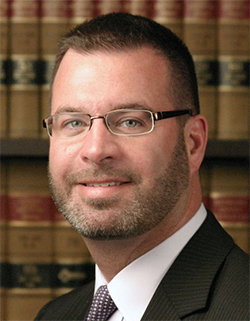 How come churches on both sides of the issues were so active in last year’s elections? How can they maintain their tax-exempt status if they’re preaching about politics? Is it true that religious freedoms are under threat in the current political climate?

You’ve got questions, the Minnesota chapter of Americans United for Separation of Church and State has answers. The group, a relative newcomer here, is sponsoring three appearances this weekend by the Rev. Steven Baines, director of religious outreach for its national parent organization. An ordained Southern Baptist minister, Baines has a passion for the intersection of politics and religion and for issues involving the separation of church and state.

On Saturday, April 27, from 3 to 5 p.m. Baines will appear at the Southdale Public Library, 7001 York Ave. S., Edina. His talk is entitled, “Are You Seeing Double? The Blurring of Religion and Politics in America.”

On Sunday he will talk about “The Perils of Politicized Pulpits” at 9:30 a.m. at the First Unitarian Society of Minneapolis, 900 Mount Curve Ave., Minneapolis. From 4 to 6 p.m. he will participate in conversations with local faith leaders at SpringHouse Ministry Center, 610 W. 28th St., Minneapolis.

All three events are free and open to the public. RSVPs are requested for the Sunday afternoon event to minnesotaau@gmail.com or to 612-547-MNAU (6628).

Baines took a little time off from preparing to preview his remarks for MinnPost readers. What follows is an edited version of that conversation.

MinnPost: Over the last couple of years churches have been quite active in politics, both in Minnesota and elsewhere. Are you seeing an uptick? What do you think of this?

The Rev. Steven Baines: There was a myth going around in the early 2000s that the religious right was dead. We at Americans United said, “They’re not dead. They are just regrouping. They’re trying to figure out their next angle and their next organizing effort.”

And lo and behold, after [President Barack] Obama was elected the Tea Party came to be, and while the Tea Party had its grassroots movement in working against the health-care policy and tax laws, it was quickly co-opted by the forces of the religious right. Many believe — and the Public Religion Research Institute has borne this out — that the makeup of the Tea Party are evangelical Christians who really want to keep their view of religion imposed in government and public policies.

We saw that carried out in 2010 with the midterm elections. And I can’t imagine that people did not see it very clearly in the Republican primary leading up to the 2012 elections with Rick Santorum, Michele Bachmann, Rick Perry. All of these candidates were claiming that God had anointed them to be the next president of the United States.

MP: What are the rules about religion and politics?

SB: All houses of worship, whatever their faith position, are incorporated under the same nonprofit guidelines as we at Americans United: As a 501 (c) 3 nonprofit educational organization. According to the IRS guidelines, you can engage in public policy. You can even do a certain amount of lobbying on different legislation or ballot initiatives. But you are forbidden to use your tax-exempt organization to endorse political candidates, or to oppose political candidates or to endorse or oppose political parties.

The government has said all of the tithes and offerings that come into your house of worship are nontaxable. In order to maintain your tax-exempt status you simply have to stay out of direct political engagement of parties and candidates. It doesn’t mean you have to silence your faithful beliefs, or your prophetic beliefs on issues that are important to you.

Obviously, I wouldn’t have a job as director of religious outreach if we weren’t engaging people of faith on important social-justice issues. But you cross the line when you endorse candidates.

This past October, just a month before the election, the Alliance Defending Freedom, a very far-right religious organization in this country, prodded more than 1,500 clergy to stand up in their pulpit and directly oppose President Obama for re-election. We have filed many a complaint on the pastors to the IRS and we are a little frankly disappointed that so far we have not seen any action.

MP: It’s interesting that you mentioned the Alliance. They were active here in the last two electoral cycles working to loosen our campaign finance and public disclosure laws in preparation for some of the issues on the Minnesota ballot. Is there a countervailing force? Because it seemed very much to me like the lone voice on the other side of that argument was Minnesota’s Common Cause outpost.

SB: We are certainly trying to mount an education campaign. One of the reasons why I’m coming to Minnesota is to help clergy and state leaders understand what you can and can’t do. Every two years, we engage clergy and houses of worship across the country via our Project Fairplay. We have materials and sermons and resources and we write letters to clergy explaining what the IRS does.

The IRS has acted in the past and has taken churches’ tax-exempt status away. Jerry Falwell’s “Old Time Gospel Hour” lost it for a certain period of time. Bob Jones University lost its tax-exempt status over its interracial policies.

So the IRS has acted, they’re just kind of in a standstill right now because of a case in Minnesota where a church who had lost their tax-exempt status actually sued and won in federal court. It was not so much about their political activity as their managing of their funds that got them in trouble. But what they won that lawsuit on was that the IRS internal guidelines say that an investigation of a house of worship has to come from a top official.

Apparently the investigation of this church in Minnesota was launched by a field operative, not a higher authority in the IRS. So the federal appeals court said until they clarify their own internal guidelines about who can initiate such investigations, that church basically had their tax-exempt status restored. That has left a backlog of cases [in which] the IRS has not yet defined their internal policies and I think that’s just because of budget cuts and lack of resources.

MP: You raise an interesting question. We had some ballot questions — proposed constitutional amendments — in Minnesota last year, one to restrict voting rights and one to outlaw same-sex marriage. Both were defeated in great part because of the organizing energy of faith communities with social-justice agendas.

SB: We’re specifically on my trip talking about how people of faith can engage in the political system thoroughly. You can engage on social-justice issues all you want. So when the right says that the IRS guidelines are an infringement on their free speech, that’s simply not the case.

Any pastor, any rabbi, any imam can stand from their pulpit and talk about the social issues of their day and that’s not considered lobbying. You can talk about — at least from our perspective — why marriage equality is a good thing. Why it basically uplifts all children of God and equality, which we believe our Creator would want.

The opposite side can do the same. They can say marriage equality [violates] the sanctity of marriage and it’s against the will of God — all of that is fine. We’re not trying to squash any clergy’s free-speech rights there. What we are concerned about is when churches or houses of worship use more of their money on the ballot initiatives you have just described.

The IRS guidelines say that you cannot make it a substantial part of your organization’s or your house of worship’s budget or resources. Now they don’t clarify what substantial part is. So there’s not a quantitative number there for houses of worship to go by. Our legal department says no more than 5 to 10 percent of your resources, your time, and your pastor’s effort.

What we are concerned about, we have seen the Catholic Church, we’ve seen the Church of Latter Day Saints, we’ve seen evangelical Christian churches, really fundamentalist churches, pour tons and tons of money into these kinds of campaigns. We just want to see what that percentage is. If it’s half of their church budget then that’s against the law and they should be investigated and looked at. The IRS should aggressively revoke their tax-exempt status.

MP: What other topics are you going to touch on in your talks?

SB: We’re going to spend quite a bit of time, I think, talking about the really bogus argument that religious freedom is under attack in America. The latest poll results by the Pew Forum and again, Public Religion Research Institute, show that America is not only the most religiously diverse country in the world, not only as far as Christian traditions, but as well as the many other hundreds and thousands of faith traditions in American that have flourished under our Constitution.

We’re also the most religiously adherent. Meaning that we go to worship services more often then even countries that have established state churches, like the church in England, or Norway or Sweden. I think that’s an important point that our separation of church and state has made us truly a religiously diverse and religiously adherent country. So this argument, this bogus argument that somehow Christians are under attack, or that their religious freedoms are being taken away, is simply a scare tactic.

I’ll go into the contraception mandate that is in the health-care law that [makes] the Catholic bishops say they’re being persecuted. We’ll talk about the [federal Faith-Based and Neighborhood Partnerships] Office and how we are very disappointed that Obama after four years has done nothing to reform the abuses that were occurring under the Bush administration. As a candidate in Ohio in 2008, he made it clear what he wanted to do with the office and he would make sure it followed constitutional principles. After all, he is a constitutional law professor. But again, the Bush regulations of that office are still in place to this day.

I’ll talk about the effort to have public prayer reinstituted in the public schools. Again, another bogus argument because I believe that children in our public schools can pray anytime, anywhere that they want. My often-quoted phrase is, “As long as there are tests in school, there will be prayer.”

On Sunday morning, I’ll talk about why I think the politicization of our culture is so dangerous, not only to our democracy, but to religious freedom in this country. There is legislation in Congress that would repeal that IRS guideline and not only allow pastors to leave their pulpit to endorse candidates, but to allow them to give money directly to candidates in political parties. Can you imagine what out houses of worship would become if that were allowed?

MP: What do you make of the Mormon Church stepping away from same-sex marriage as an issue?

SB: I want to see the proof in the pudding. We are delighted that they’re not being as aggressive as we have seen in other debates — especially when Prop 8 was passed. I find it encouraging, but again, actions speak louder than even lack of words. So the lack of words against marriage equality is great, but I’d like to see more action and more affirming within their traditions of Mormons who really come out of horrific experiences out of that church.