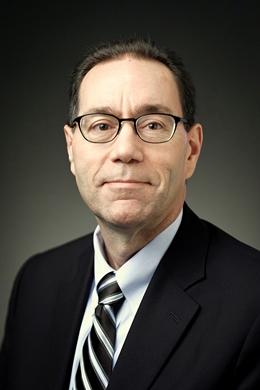 He has spent the last 20 years at the University of Wisconsin in Madison at the political science department and has led that program since 2007. There he’s seen budget and teacher cutbacks and the growing perception that a degree in political science and the liberal arts doesn’t lead to a job out of college.

But Coleman is credited with turning the program around by focusing on faculty and staff recruitment, finding the resources for research and making the school more focused on real-life career opportunities after college.

He plans to use that experience as incoming dean of the University of Minnesota’s College of Liberal Arts (CLA). Coleman was approved by the Board of Regents in February and will officially begin his new role on July 31.

It won’t be an easy task: CLA has been hit with more than $30 million in cuts over the last five years and enrollment numbers are slightly down. His experience with the political science department will now have to be spread across all the departments in CLA, the university’s largest college.

One of his first steps at the university will be to start building a strong relationship with the college’s alumni and members of the business community to not only continue supporting CLA but also help connect students with real-world opportunities out of college.

MinnPost: You’ve worked in colleges in business administration programs and other areas before moving into liberal arts? What is it that attracts you to the liberal arts?

Dr. John Coleman: That’s really my home, that’s where I’m comfortable, that’s where I’m from. I think it’s a very exciting time for the liberal arts, partly because of the challenges that people have identified and some of the questions from the public and stakeholders about the role of the liberal arts today. I think we have a great case to make and I’m excited to get going at it. I think we have a lot to offer students, certainly, and I think we contribute a lot to the states we are in as well.

MP: What do you specifically see some of those challenges being?

JC: There’s a bit of skepticism with regard to whether a student studying in the liberal arts is preparing him- or herself well for life after campus. That kind of concern can lead to questions about whether the liberal arts are a good investment.

I don’t think it’s an unreasonable concern to have. People spend a lot of money on tuition, and I think it’s only fair that they ask questions like that and that we have answers for them that they find satisfying and that they find convincing. We need to convey the message so that parents and students understand that it’s a great investment for their future to be in the liberal arts.

MP: What can you do as dean to help improve job opportunities for CLA students out of college and help them feel like it’s a better investment?

JC: Part of this is making sure we are doing everything we can while students are there to get them ready for the world of careers. That means within our various majors making sure we are doing a great job explaining to students how they connect up to skills and knowledge that would be useful linking up to certain career paths, linking them up to internships that might be available.

I think we need to really package the information together, really put it together for students to see, because it’s not obvious to a student taking a class and a set of classes how it will tie into a world off of campus. We have that knowledge, and if we don’t have it, we can get it because we have connections with people in the business world and just employers in general. So, we can ask them what kind of skills they want and are looking for in people they want to hire.

One of the things we are trying to do here in my [political science] department is really try and tie these pieces together, basically have a class on careers in political science. It’s about using your political science skills and training, and we are teaching students how those apply to the world beyond campus. That means connecting with alumni and some other things as well. We have to tie all these threads together.

MP: You’ve been credited with helping turn around the program in Madison when it was losing funding and teachers. CLA has seen cuts in funding over the last few years. What can you take from your experience to the U in that regard?

JC: We wanted to make sure we were on the leading edge of research and methodologies, that we were bringing people that were asking questions and studying questions that may not have been true of some of us who arrived here earlier. We were really viewing the department with an eye toward: How are we building a department that is at the forward edge of the disciple instead of maybe lagging behind a bit. It’s part of the faculty you hire… and understanding what it is that they need to get their work done.  I’ve worked a lot here on getting resources for people to get their work done and make it a little more possible for us to recruit great graduate students.

Every department in the College of Liberal Arts has those issues that they want to deal with, as do most colleges anywhere. That kind of experience, that kind of ability to talk to donors and alumni and get them to understand what the issues are and how they can help, I think those things carry over.

MP: You put a big emphasis on research, and that’s something the U has touted over the years. Is that something that can be improved on in CLA?

JC: When you look at the top 20 ranked departments around the country, at least half of those departments are in CLA. The college has some of the most highly recognized departments in their field in their country. I think it’s important that students at a flagship research institution feel their experience is unique and different. There are a lot of great liberal arts colleges and a lot of great public universities, but being a student at a tier-one research institution should be a different experience for an undergraduate student. We want people to leave and really think, “You know, I could have only gotten this experience here.”

MP: President Eric Kaler, when he first came to the U, praised the language in a report that said that CLA should be right-sized. Is this something he has brought up with you, and is this an attractive idea?

JC: The enrollment in CLA and the undergrad level has dropped down a bit. That’s not particularly unique – I think liberal arts colleges across the country are seeing this – and some of these things are cyclical as particular majors get more or less popular for students at a particular time.

I think the broader point the president was making, which I think he was absolutely right, is you have to make decisions about where you are going to invest your resources. We are not at a time in our history where you can be constantly expanding. We are at a point of needing to make some strategic decisions about where are the areas of strength in the college. Where are areas that we can invest in and really have them become areas of strength and really investing our resources there? We can’t do everything, so we have to identify those areas where we are going to have the most impact and the most positive effect.

MP: It’s a few months yet before you step into your new role, but what are going to be some of your first steps as dean?

JC: I’ll defer on saying exactly what the first steps will be, but certainly the process of beginning to learn more about the college and talk with people there has started. For me at this point, that’s the most important thing I have to do.

There are definite areas that I’m interested in, and we’ve talked about some of them so far. I want to build a very robust outreach program with our alumni and friends. I want to think about ways to get more resources in the hands of our researchers. Get rid of obstacles to people seeking grants. I want us to build this career-sensitive understanding as we are advising our students in the under-grad classes. All of those are important steps.