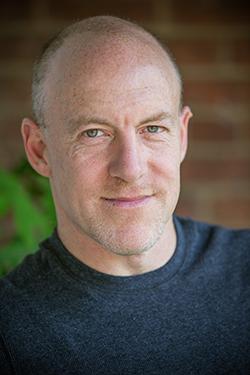 Last year, Mark Leibovich published one of the most buzzed about books of the year: “This Town: Two Parties and a Funeral — Plus, Plenty of Valet Parking! — in America’s Gilded Capital,“ a hilarious, candid, exhausting evisceration of the social climbing and status seeking bonanza Washington, D.C. has become.

Writing with an impressive distance about the culture he’s ostensibly part of, Leibovich paints a picture of the capital as powerful vortex of social, political and professional self-interest driven by the warp-speed news cycle and an obsession over who’s up and who’s down. Washington, in his eyes, has become a machine fueled by careerism where loyalties are more easily bought than ever.

Leibovich, who covers Washington for the New York Times Magazine, appears this Saturday at the Top Coast Festival. We talked to him about preemptive bribes, the political class and the Minnesota politicians who’ve found the pull of Washington impossible to resist.

MinnPost: I was reading in the news that when former U.S. Rep. Jim Oberstar died, his only funeral was being held in Maryland. I found this surprising, but after reading your book, it was less so. I guess there was no more point in pretending he lived in Minnesota.

Mark Leibovich: Really, nothing? Well, there is the whole, “I still keep a home in (fill in the blank) state,” for when you need to impress you clients.

MP: For people outside the beltway who assume the term “public service” still has some relevance, the picture that you paint is a little bleak: As if the lure of giant piles of money has become impossible for any legislator to resist on a personal level.

ML: The evidence certainly points to that. I mean, people are different, and obviously there are some exceptions. And people needn’t take a vow of poverty. But the money is there. The opportunity is there. If you are in “public service” in an elected job or a staff job, it seems like it’s never been easier to be able to cash in any number of ways — much more than it would have been 30 or 40 years ago.

MP: Plus there’s no real expectation that anyone will resist the temptation. There’s no shame in what used to be called “selling out.”

ML: Exactly. And one of the things I was hoping to do in the book was to maybe introduce some shame into the system.

MP: How does it work? You quote Jack Abramoff as saying he would casually suggest to a politician that they join his firm when their public service was finished. After that, his calls were returned and he “owned them,” because they were inevitably looking down the road at how much they could earn.

ML: It’s true. It’s on their minds. It makes you wonder who they’re working for.

MP: Is that the main mechanism, or one of many?

ML: It seems to be. One of the public services I performed was that I read a bunch of memoirs that no one else bothered to read, and the Jack Abramoff memoir was pretty interesting.  As much as you can trust a disgraced, convicted felon to tell a straight story, I found it quite believable, especially regarding this whole notion of the preemptive bribe. The scenario he mentioned is perfectly legal, by the way. People are allowed to have a conversation about prospective employment down the road. That happens every day here. But what he described really well was the dynamic that clearly goes on, and it begs the question: Who are these people working for? You start to realize there are any number of constituencies they are potentially working for.

MP: Norm Coleman seems like a good example how this works, and of how it’s impossible to fail in Washington. After he lost the election, he went on to work for two nonprofits, where he made $570,000 in less than three years.

ML: That’s a lot of profit.

MP: Right. Then he went on to join the “DC-based law firm and lobbying shop” Hogan Lovells, where I assume he makes much more.

MP: Actually, it doesn’t look like he’s pretending to be in Minnesota at this point.

ML: I wouldn’t be surprised if he spends the majority of his time on airplanes, in green rooms, in boardrooms or in Washington, D.C. Where does [former Minnesota Gov.] Tim Pawlenty live? Is he actually doing his lobbying from DC, I assume?

MP: That’s unclear too. I was going to ask you about him. In your book, you pointed out, he cast himself as a “regular guy” candidate when he was making a run for president.

MP: But that now he’s CEO of the Financial Services Roundtable [a lobbying firm for Wall Street banks], which I guess means he’s not shopping at Sam’s Club any more.

ML: You wouldn’t think so. There aren’t a lot of Sam’s Clubs around D.C.  You should look at his quotes about protecting Main Street from Wall Street, and about how is message to Wall Street was, “Get our snout out of the trough.” Then he went straight to the trough.

MP: Right. But one thing I don’t understand is why Pawlenty would have currency outside of Minnesota. I mean, his Washington contacts must have been pretty thin, though he did co-chair the Romney Campaign. Is co-chairing a losing presidential campaign really that valuable? What’s the thinking behind that sort of hire?

ML: Look, he’s been nationally known for a while. People in “political class” know a fair amount about him. He was definitely considered to be McCain’s running mate. He was a short-lister for Romney. So he’s been talked about as a presidential candidate for a while. And governors are fairly well known, at least among the people who make these hires. Does he have contacts inside Washington? I’m sure he does now. I don’t see him lacking Washington experience. He was pretty active in the Republican Governor’s Association. So I’m sure he can open a lot of doors for the organization. A lot of this is — I assume — just rainmaking, so you can say, “Gov. Pawlenty would like to meet with you.” And that can certainly help get clients in the door. But he’s got executive experience. He’s run a state, and that’s not an unimpressive resume if you’re looking to hire a CEO.

MP: I was also going to ask about [former U.S. Rep.-turned lobbyist/strategist] Vin Weber. He seems to be the perfectly evolved creature for this new Washington ecosystem.

ML: Yes, Vin Weber is a complete usual suspect. He’s part of the informal cast of advisers who the Republican nominees turn to. I’m sure he is “splitting time” between Washington and Minnesota.

MP: His bio says he “resides” in Walker, Minnesota, but also that he “is managing partner of the Washington, D.C. branch of lobbying firm Clark & Weinstock.”

MP: In The New Republic, Nicholas Lemann argued that some of the points you make in “This Town” have been made since Mr. Smith went to Washington, which seemed like a fair point.  What specifically is new about the current DC landscape?

ML: There is that line of criticism of the book, and Nick Lemann is a great journalist. But I think what’s differently now, quite frankly — certainly very different from Mr. Smith’s days, or even three decades ago — is that incredible flood of money into the political system, and the ability people can have to cash in or sell out or whatever you want to call it.  I mean this is the wealthiest metropolitan area in the United States. It’s home to seven of the 10 wealthiest counties in the United States. 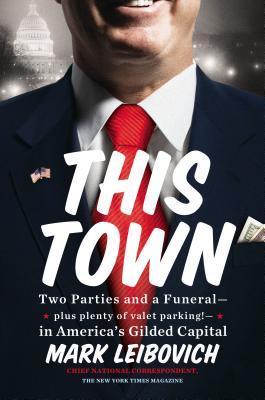 MP: And do you think this consultancy/punditry model of government has been replicated on a smaller scale in state capitals?

ML: Oh, absolutely. Human nature is not unique to D.C. You could write a book like this in every state capital in the United States, or in the world. People say to me, “Hey, you should come to Albany or Ottawa or London and write the same book here.” And I get it. But there is just a grand scale here and the country pays for it, which is why I think it’s important here.

MP: In your epilogue, you said you’ve been given hope by people. Is there some sort of hopeful note here?

ML: Yes. I think the most damning portrait I wanted to paint here was not of any one individual or entity, but of a machine. And I think the point of hope is first that people read the book, but also when I talk to people outside of town, the single most common question I get is, “What can we do?” And I usually give some lame answer like, “I’m just a journalist,” or “I don’t do solutions.” But I recognize there’s a hunger to do something. And the idealism still burns in ways that ultimately can be transformative, as some of these movements have shown.

Leibovich will speak at the Top Coast Festival at Coffman Memorial Union on Saturday, May 31 from 1:30–2:30 p.m. about Big Money, Big Media, Big Vanity: Our Washington, D.C. Problem. Tickets are $150, available at topcoast.mprnews.org.

That Town: Mark Leibovich on the allure of Washington, preemptive bribes and where Minnesota’s ‘formers’ are now