When news hit that 49–year-old Minnetonka father of three Dan Kellogg had purchased a pirate ship that was originally destined for Disney’s Hilton Head Island Resort and would now be traveling up the Mississippi from its birthplace in St. Louis to its new home in a marina on the riverbanks of St. Paul sometime over Memorial Day weekend, Kellogg’s Facebook friend requests jumped. A lot.

Kellogg, who grew up in the Bahamas and Minnetonka and whose most notable experience as a sailor prior to this month was as a member of Jimmy Buffett’s sailing team (“Jimmy Buffett told me that boats are babe magnets, and he was right”), spent much of Memorial Day greeting a steady stream of new and old friends, and giving MinnPost a tour of his new toy, a 155-foot motorized pirate ship complete with wet bar, full galley and mermaid-themed bedroom he christened “Sirens Gate” after his brother’s unpublished novel of the same name.

MinnPost: Tell me how you came to be captain of this ship.

Dan Kellogg (holding a tumbler of rum): It’s all because of the Bahamas. The Bahamas is historically a pirate island, where I have a house down there and we actually spend a lot of time where [infamous pirates] Blackbeard, Captain Kidd, and Anne Bonney and Mary Read, they were all down right there in Harbor Island, Nassau. They had their ships down there, Queen Anne’s Revenge and everybody, and so we got into the history of the pirates down there and started collecting artifacts, coins, and then swords, and now I have an authentic pirate-era treasure chest filled with era coins and dubloons and now I’m a big coin collector. I turned my garage down there into a pirate rec room with all this stuff; a real cannon and big anchors.

Then I was just sitting here about a month and a half ago on Craigslist and I punched in “pirate ship” and this thing came up. I’m like, “I guess I can call the guy.” And next thing you know, a friend, Ernie Olson, and I were driving to St. Louis to take a look at it, then a month later we flew down there, which was two weeks ago, met with the guy, took her on a sea trial and an hour later we were full-speed ahead on the river on the way to Minneapolis.

MP: Growing up, you had Lake Minnetonka and the Bahamas in your blood. You’re very attuned to the water, you appreciate it. Why are people, and you in particular, drawn to the water?

DK: I think 90 percent of the world’s population lives on the water’s edge. We’re all kind of drawn to the water, but the Bahamas is some of the most amazing waters in the world, so when we’re down there we’re out on the water. In 1992, a couple friends of mine and I decided to do a kayak trip from here to there. It’s a great trip. 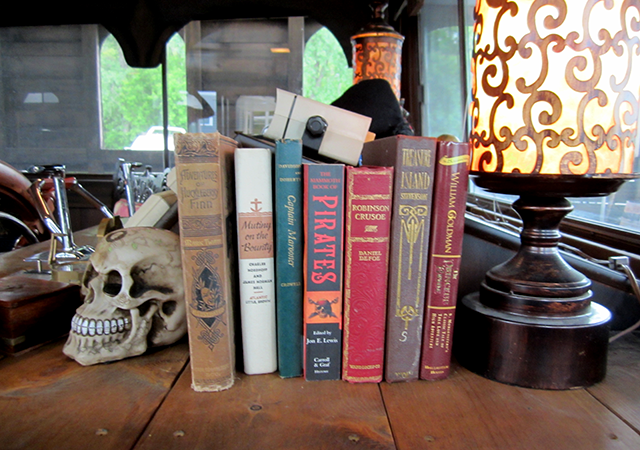 MP: You’ve always been an adventurer.

DK: Yep, I’ve gotten to know a lot of people, like Jimmy Buffett, and ended up on a lot of boats, so I’ve gotten familiar and comfortable with the ocean and the water and I’ve done the river before, so it wasn’t intimidating at all flying down to St. Louis and picking up a pirate ship. Every day of the trip just got better and better, as the news grew and the crowds grew. We had to go through 25 locks coming up here, and at every lock it grew every time, a lot of people waiting for us and following us up river. And my Facebook friend requests from everywhere went viral.

MP: It must be a gas having it and just deciding, “OK, we’re setting sail.” Because you know you’re going to spread the joy, and people will flip out. It’s primal, how we feel about pirates. To see this on the horizon …

DK: That’s been a great surprise, as well, just pulling in. We emptied out restaurants along the way. Everybody jumped up from their tables and ran outside and, “Throw me the line, throw me the line …” In Wabasha, La Crosse, or Winona we were sitting at the bar getting dinner and a story about me came on TV. We’d done the interview but we didn’t know when it would air, but there we were. We came on, and the restaurant turned off the music and cranked up the TV. 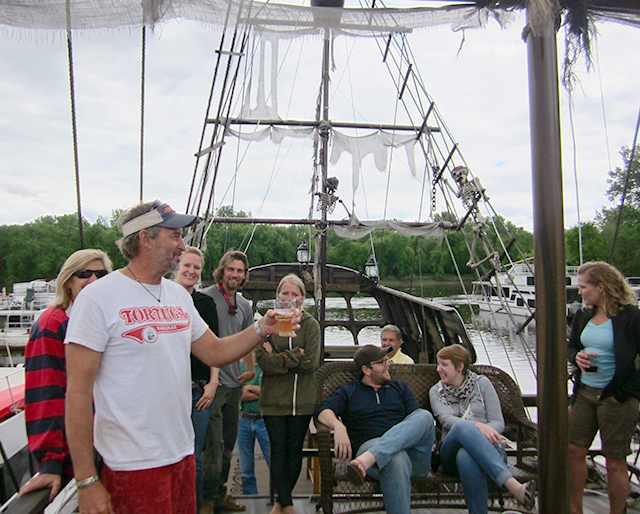 MP: What was it like when you hit St. Paul?

DK: We came in about 4:30 yesterday (Sunday) and it was rainy all day long so we had a big marina community come down to the dock and pull us in, but that was it. That was fun. But it was bittersweet, because we really had a good time and met a lot of neat people. [The voyage from St. Louis to St. Paul] is over, and you just want to keep going [because] we’re having so much fun. But we will, we’ll get crazier than this, that’s for sure. I hope to sail it down to the Bahamas all the time.

MP: What is it for you, in general, philosophically? You’ve had a lot of time to think about why you’re attracted to this, and to pirates and the sea.

DK: A lot of it is all the death and all the cancer and all the people working hard and dying. I don’t know, there’s something about it that just says, “Stop working so hard and enjoy life and if you can do it, do it and have fun.” It’s kind of an ode to the dead, at the same time. We all have people we’ve lost, and the pirate life in some strange way brings you closer to that. So, kind of an ode to the dead.

MP: And therefore the living.

MP: How do you afford it?

DK: I got lucky flipping a few properties down in the Bahamas. I got into an area before anybody else and then all the billionaires moved in and they started buying up everything and it was like, “Take it. I’ll go buy my pirate ship.”

We have fun with the pirate theme in the Bahamas, and I can’t get down there as much as I used to – I’m divorced and I’ve got three kids up here – so a big part of it is bringing a little bit of “Pirates of the Caribbean” up into the backyard here and having it be close by. 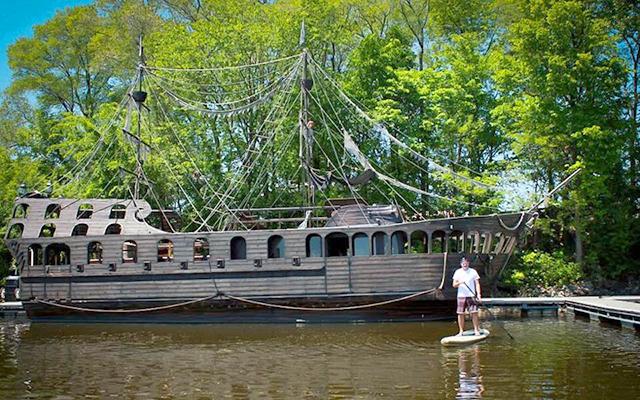 ‘An ode to the dead’: Living the pirate dream with Cap’n Dan Kellogg