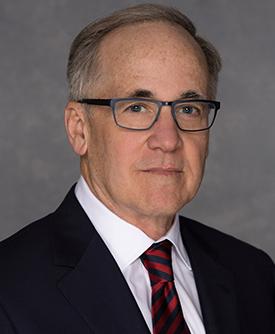 The Honorable Samuel Heins is back home in Minnesota for a visit this week, after more than four months on the job as the new U.S. ambassador to Norway. He loves it there, and has met King Harald V.

But it was a lengthy and contentious process to get from Minneapolis to the embassy in Oslo. Heins wasn’t President Obama’s first choice for the job, but the first pick didn’t pass muster with Norwegian-Americans or Minnesota’s two U.S. senators, so Heins’ name came up. He’s long been a Democratic Party supporter; he helped raise more than $1 million for the president’s last campaign.

And after the nomination in May 2015, Heins ran into a formidable confirmation obstruction in the form of U.S. Sen. Ted Cruz and other Republicans, who were battling the Obama administration at the time over international issues unrelated to Heins. The Norwegian ambassadorship nomination (as well as Sweden’s) became collateral damage.

Finally, in February, while Cruz was on the campaign trail and unable to maintain the hold on the confirmation, Heins’ appointment went through.

In this edited MinnPost interview, we talked with Heins (who is a former MinnPost board member) about his new job, his background and whether Norwegians have any interest in the current U.S. presidential campaign. Turns out, they do.

MinnPost: You’re home for a visit right in the midst of the national conventions, when presidential politics are high on our radar, so I’ve got to ask: What do Norwegians think of all this?

Ambassador Samuel Heins: The presidential race is on top of Norway’s radar, too. The people in government there, and everyone else, have an intense interest in the campaign and want to know what will happen. They follow it as closely as any political junkie here.

MP: What’s your own reaction to all this, as viewed from the other side of the Atlantic?

SH: I’m a federal employee now, governed by the Hatch Act, so I can’t be partisan. When asked questions there I stay on safe ground by quoting what the president would say on the virtues of democracy, that kind of thing.

MP: Your confirmation by the Senate took about nine months, so what did you do during the confirmation stand-off? [He’d already left his law firm, Heins Mills & Olson, in 2013.]

SH: I walked the dog. [Laughs.] There’s a protocol that you should not to do anthing that seems presumptious of the confirmaion, so you can’t go to the country and have to be careful about not talking to people from the country. But I studied the language with a tutor and kept up on the news there.

MP: Did you ever talk with Sen. Cruz about the block?

MP: For the ambassador post, President Obama had first picked New York businessman and lawyer George Tsunis, who was panned by the Norwegian-American community and our two U.S. senators. How did your name then come up?

SH: My wife, Stacy, and I had been involved in the president’s campaign and fundraising, with a fair amount of success [they each contributed $5,000 and helped bundle another $1 million] and beyond that we’ve been involved in politics since 1964, feeling it’s important to participate in partisan politics because that’s where differences are really made.

Four years ago at the [Democratic National] convention in Charlotte, I was asked if had an interest. I said, sure. A lot of time passed and when the prior nominee dropped out, I jumped in and went to the top of the list.

MP: Now that you’re on the job, what are your impressions of Norway and its relationship with the U.S.?

SH: It’s a wonderful country, even apart from all its renowned virtues, which are all true. It’s a great ally of the U.S. Norway’s highest officials say the U.S. is Norway’s closest ally, and they really mean it. We cooperate on security, in NATO and on fighting violent extremism. There are extensive exchange programs for students and the military, and a whole array of other cooperative programs.

MP: Have you met the king?

SH: As part of the process of taking the post, there is always a private audience with the king, before you appear in public as the ambassador. So I did meet him. He is very gracious, very charming and personable.

MP: How do you interact with Americans and American businesses in Norway?

SH: The commercial section of the embassy assists companies doing business. There’s an American Chamber of Commerce that represents businesses that are active there, and there are many large U.S. corporations present, including oil and gas companies, Cargill, and many other large corporations.

Many American citizens are there [for tourism and exchange programs]. The consular section helps when people die, or there are child custody problems or with any of the other issues in the whole range of human experience that take place on foreign soil.

I’ve met lots of Norwegian-American couples, and I hear a lot about tourism to the U.S. They mostly come to the coasts, which surprised me. I ask people there if they have relatives in Minnesota, and it seems like most say yes. Yet they prefer to visit New York or Washington, or LA or San Francisco. But they are wildly enthusiastic about the U.S. They love U.S. cars and our culture, and they’re avid for our movies and books.

MP: Have you been involved with the flap over the replica Vikings ships from Norway that are having trouble with the regulations and high cost of getting through the Great Lakes?

SH: I’ve had some inquiries passed along to the relevant people in Washington and they are dealing with it as they do. I don’t know what the outcome will be.

MP: You attended the University of Minnesota, undergrad and law school. Where did you grow up?

MP: You’re not of Norwegian ancestry, but have been quoted saying that all Minnesotans are honorary Norwegians. What is your heritage?

SH:  I’m Jewish; my ancestors came here from the pale of settlement in Eastern Europe. But the thing about Norwegian cultural influence in Minnesota is real. In Norway, we see that ostentation is frowned upon, and there’s an obligation to help those with less skill or talent. And in the Norwegian schools, I’m told, if someone is a whiz in math, they don’t brag about it, but instead help kids who are struggling.

MP: As a lawyer in Minneapolis, your firm had some very big cases, particularly the Minnesota Board of Investment vs. AOL Time Warner, which brought lots of revenue to you and the firm, but also some controversy when a partner sued over a larger piece of the pie. Did that end fairly?

SH: It was an unpleasant interlude, one of those things that happens when engaged in a practice or business. [A jury awarded the former partner an additional $1.6 million, on top of the $4.5 million he’d been paid in the case.]

MP: Are there other activities you were involved with in Minnesota that we might have heard about?

SH: I was involved in starting the Minnesota Advocates for Human Rights and helped found the Center for Victims of Torture. [The University Law School also notes that he “has also been a longtime advocate of the Human Rights Center at the Law School, where he has established endowed funds to support fellowships and research conducted by students on topics related to the advancement of international human rights.”]

MP: There will be a new administration next January, so when you get back to Oslo will you start packing?

SH: At the end of each president’s term, it’s the practice for ambassadors to submit a formal resignation. So I’m good through at least Jan. 20. The question is, would a new administration want me remain in the post, at least until they can get the next person out there?

The long gap without a U.S. ambassador did not make Norway happy, although they did understand the functioning of American politics. But it seems that it wouldn’t be good to have another gap. And it is a long slow process, once the White House asks someone. There are investigations and vetting procedures before you even get to the formal nomination. And then it goes the Senate Foreign Relations Committee. So I would say it would take not much less than a year to get a replacement.

MP: Other thoughts as you’re relaxing here before heading back to Norway?

SH: It’s a beautiful place, with interesting people; welcoming and friendly. Have you been there?

SH:  Put it on our bucket list. It’s an incredibly beautiful place, and, from the standpoint of the job, it’s an amazing experience to be part of this close international relationship between the world’s superpower and a tremendously important democratic country with great prosperity.

You can tell: I’m a big Norway enthusiast.

Home for a visit, Ambassador Heins talks about his first months in Norway