Arts & Culture
MNopedia
This content is shared with MinnPost by MNopedia, the digital encyclopedia created by the Minnesota Historical Society and supported by the Legacy Amendment's Arts and Cultural Heritage Fund.
Feb. 18, 2014 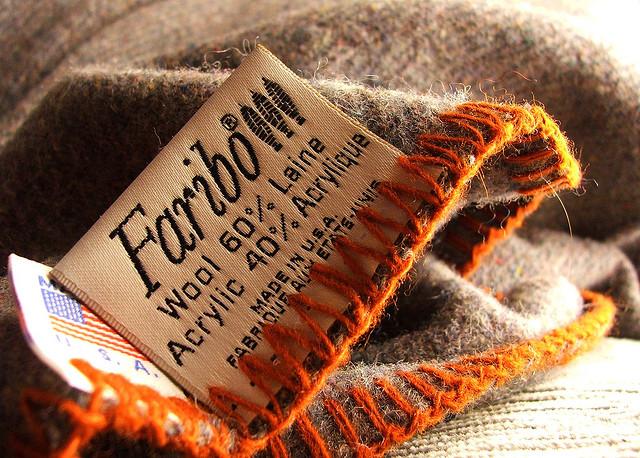 The Faribault Woolen Mill Company has statewide significance as one of the largest and oldest fully integrated woolen mills in Minnesota. The mill started as a small family-owned business in the nineteenth century and grew to become the largest and longest-surviving woolen mill in the state.

Before the Civil War, most woolen goods used in the United States were imported. After the war, domestic wool manufacturing increased as the country became more industrialized. The growth of wool production was aided by the Tariff Acts of 1867. The acts provided protection for domestic wool makers and made them more competitive. In Minnesota, the 1860s saw the beginning of many woolen manufacturing companies.

Carl Henry Klemer entered the woolen mill business in 1865. From the beginning he chose a conservative approach to his business by keeping the financing and operations in the family. As larger mills failed, the Klemers’ continued to expand. In 1878 the company advertised as the “Faribault Woolen Mill” for the first time. Four years later Klemer moved the business to a stone building on the Straight River.

Over the next ten years, three fires devastated the mill. In 1892 it was totally lost, and the Klemers purchased property on the Cannon River. They immediately built a fireproof brick building and in 1894 replaced the wooden dam that powered the facility with one made of stone. Throughout the 1890s the mill served local clients and continued to grow.

The company made a transition in leadership in 1904 when founder Carl Klemer died. His oldest grandson, Frank Klemer, joined the business along with other members of the Klemer family. In 1905, the company adopted the name it had been known by since the 1880s. It officially incorporated as the Faribault Woolen Mill Company.

Growth during the early 1900s was slow, but the change in leadership brought new products and small additions to the facility. In 1917 the company was awarded a contract with the U.S. Army for 100,000 blankets. This contract was a great success and led to growth in business during the 1920s.

During the 1930s, the next generation of the Klemer family joined the company. Through the Great Depression years the company survived and even expanded. During World War II the mill manufactured army blankets. Afterward the younger generation of Klemers began managing the company. Marketing became a focus along with synthetic fiber experimentation and importing wool.

Throughout the latter half of the twentieth century the facility grew gradually. Faribault Woolen Mills led the market with new products like washable wool and thermal weave blankets. In the early 1970s the company saw its greatest profit and made the largest addition to its facility.

The Faribault Woolen Mills building is a product of over one hundred years of expansion. The building is utilitarian, with rectangular massing and sections ranging in height from one to three stories. Wall materials, including brick, concrete block, corrugated metal, and exposed timber and steel framing are in keeping with the property’s industrial character. A large surface parking lot extends from the east side of the building around to the south and west sides of the building. The mill is part of an industrial area, which includes a cannery, on the edge of the city’s residential core. The exterior of the building is simple and undecorated.

The company invested most of its profits in the interior to improve efficiency in the manufacturing process, with the last reorganization of the machinery occurring in 1971.The most recent major addition dates to that same time. The interior of the building reflects the mill’s purpose as well. With the exception of the executive offices, it is industrial in character. Older sections of the building are timber-framed with exposed brick walls.

Since 2011 the Mootys have reinvigorated the brand and marketing of Faribault Woolen Mill. The history of the mill is celebrated and incorporated into the company’s product labeling. The company’s main slogan is “loomed in the land of lakes.”