Arts & Culture
MNopedia
This content is shared with MinnPost by MNopedia, the digital encyclopedia created by the Minnesota Historical Society and supported by the Legacy Amendment’s Arts and Cultural Heritage Fund.
April 15, 2014 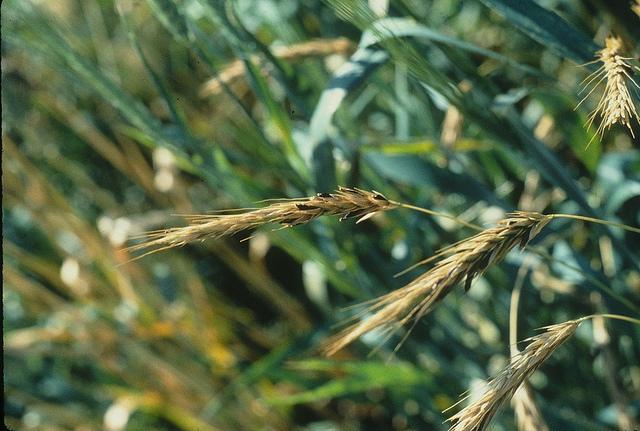 The Universal Laboratories building played a key role during World War II by ensuring that the United States had an adequate domestic supply of the essential crude drug ergot. As war threatened to cut off imported supplies of crude ergot, Universal Laboratories developed an effective collecting and processing operation in Dassel.

In 1937, Lester Peel was managing a yeast manufacturing firm known as Rice Laboratories. Established in 1935, Rice Laboratories had just moved into a new building on the northern edge of Dassel. The yeast produced by the company was an additive in animal feeds. Peel discovered that farmers in the area were discarding their ergoty grain to avoid contaminating flour and feed. He began buying the ergot, with plans to market it. He called the new ergot enterprise Universal Laboratories.

Peel hit on his idea at a good time. Ergot was a crop infection, but it also had many medical uses. The United States imported almost all of its ergot from Europe. But, as unrest and war raged, Europe proved unable to provide a stable supply. Universal Laboratories filled that void. Peel ran both businesses out of the same two-story building. In the early days of the ergot operation, Universal Laboratories took up only a corner of the first floor.

Grain bought from elevator operators was fed into small mills. The mills put an even flow of ergoty grain onto a conveyor belt. Women seated beside the belts picked out the grain, leaving the ergot kernels on the belt. The ergot dropped off the end of the conveyor into a trough to await bagging. Universal Laboratories may have had as many as six of these machines at one point, staffed by a dozen women.

CC/Wikimedia/Elkman
The Universal Laboratories building in Dassel was added to the National Register of Historic Places in 1996.

Universal Laboratories also created a small cottage industry in the Dassel area. Local residents picked up sacks of ergoty grain at the lab and sorted it at home. Pay was based on the amount of ergot returned to the company. Universal Laboratories sold the crude ergot to pharmaceutical firms. The company quickly became the main domestic ergot supplier to Eli Lilly, an established firm and a major producer of ergot-based drugs.

Lilly was willing to buy as much ergot as Universal Laboratories could collect. To increase his harvest, Peel taught farmers and elevator operators about the value of ergot. He wrote a pamphlet about it as early as 1939. It described ergot’s importance in the pharmaceutical field and explained how to harvest and clean it.

Meanwhile, World War II placed the world’s ergot supply in jeopardy. Ergot was important in stopping bleeding and treating posttraumatic stress disorder. In the early 1940s Eli Lilly joined the educational campaign Peel had been conducting. With Lilly’s backing, the campaign to educate farmers spread across the northwest. The campaign and the stress put on the world’s ergot supply combined to increase business for Peel’s company.

Universal Laboratories remained profitable in the face of European competition by streamlining production. In 1952–1953 the company remodeled its Dassel plant with a new grain cleaner and a larger elevator leg. A gable-roofed monitor was added on the west side of the building’s north end. Universal Laboratories continued supplying Eli Lilly until the late 1960s, when the firm stopped buying crude ergot in favor of products from European companies. Although Universal Laboratories held on for a few years longer, it eventually closed down its ergot business in 1975.

The building stood empty until 1996 when it was added to the National Register of Historic Places. Local citizens and others renovated the facility, which became home to the Dassel Area Historical Society. It is one of the most unique historical society buildings in Minnesota.