Arts & Culture
MNopedia
This content is shared with MinnPost by MNopedia, the digital encyclopedia created by the Minnesota Historical Society and supported by the Legacy Amendment’s Arts and Cultural Heritage Fund.
April 7, 2015 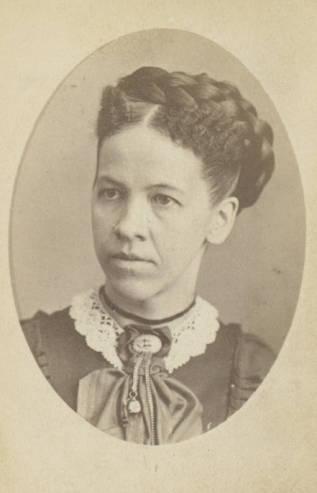 In August 1872, Julia Sears (1839–1929) was hired to head the Mankato State Normal School. Upon taking the job, she became the first woman to hold such a position of power in a coeducational institution of higher learning in the United States. Her leadership challenged traditional gender roles at teachers’ colleges but led to controversy when the local school board replaced her with a man.

During the late nineteenth century Minnesota was quick to join the teachers’ college movement west of the Mississippi. By 1868 there were three teachers’ colleges (also called normal schools) in the state, all designed to train new instructors. Many women enrolled in these schools. They were eager to obtain careers in teaching — a profession increasingly considered to be appropriate for their gender.

Julia Sears was born in Massachusetts in 1839. She became a committed educator, studying and teaching at normal schools in New England. In 1871, the thirty-two-year-old Sears was hired to teach at the new Mankato State Normal School. There she joined many other women, both students and faculty. In 1872, the Normal School Board hired Sears to replace its first “principal,” or president, putting her in a position no other woman in the country had attained. However, her annual salary was set at a thousand dollars less than her male predecessor’s.

Sears operated the school with all the experience her years of teaching had given her. Under her care, the school was “running smoothly and making excellent advancement.” A local newspaper wrote, “We must score one for woman.” Sears ended her first term as principal with a graduation speech aimed directly at her female pupils. She pointed out the privileges that they could enjoy as professional women, stating, “Colleges open wide their doors and any place you are fitted to fill is no longer denied to you.”

The school board, however, became uncomfortable with a woman serving as principal and “there were some feelings in the Board that the position should be held by a man.” At the beginning of the 1873 school year the board acted independently and elected a man, David Clarke John, to replace Sears. Sears returned to her original role as assistant. John was hired at the standard male salary in spite of his lack of experience in teaching. Upset, Sears wrote to board president George Gage, “I do not think I have been justly treated at Mankato State Normal School when I was assured again and again by officials and non-officials of my success last year.”

When Sears went home to Massachusetts after her demotion, the board assumed that she would not return to claim her assistant position. They offered it to another man who lacked a teaching background, C.W.G. Hyde. In spite of her misgivings, however, Sears decided to accept the job after all.

Both candidates arrived at Mankato in the autumn to claim the position but the board chose Hyde, despite his inexperience. The community expressed disgust with the decision. A local editor called for Sears’ return, complaining, “The Board (which is composed entirely of men) in their masculine wisdom determined that it was for the interest of the school that a man should have the position.”

Sixty prominent Mankato residents signed a petition asking the board to retain “Miss Sears” as assistant principal. The students favored Sears overwhelmingly. In what became known as the “Sears Rebellion,” they walked out of classes in protest of her removal. Forty-one students (twenty-six women and fifteen men) refused to attend school until the board addressed their grievances. The matter was soon an object for debate in papers as far away as Minneapolis, and was seen to reflect poorly on the state as a whole.

In the end, after allowing the students three-day notices, John expelled thirty-one of them. Journalists widely attacked the “rebellion” — even those who had written in favor of Sears before. Sears left the state and never returned or spoke of her time in Minnesota. She spent the rest of her life as a mathematics professor at a college in Nashville, Tennessee, where she was active in the woman suffrage movement.

Harris Burkhalter is an intermittent librarian in the Hennepin County Library system and has studied Minnesota history at Minnesota State University Mankato and library science at St. Catherine University. He has presented at the OLAC-MOUG Conference, NAHA-Norway Conference, and Northern Great Plains History Conference, and has served as a judge on Minnesota History Day since 2011.