Arts & Culture
MNopedia
This content is shared with MinnPost by MNopedia, the digital encyclopedia created by the Minnesota Historical Society and supported by the Legacy Amendment's Arts and Cultural Heritage Fund.
Feb. 16, 2016 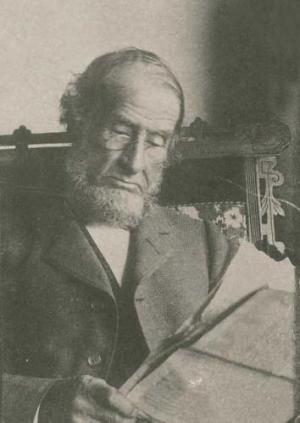 Horace W. S. Cleveland was a pioneer landscape architect. His greatest achievement was designing a system of parks and parkways in Minneapolis. He advocated preserving spaces for parks in the rapidly growing cities of the American West. Cleveland was especially influential in preserving the banks of the Mississippi River gorge in St. Paul and Minneapolis as parkland.

Cleveland became a landscape architect at a relatively late age. He was forty years old when he went into business as a landscape gardener in Boston, not far from his boyhood home of Lancaster, Massachusetts. Following the Civil War, he moved to New York City, where he worked for America’s most famous landscape architect, Frederick Law Olmsted. Cleveland and Olmsted, who became lifelong friends, both believed that parks are essential to the life of cities.

In 1869, Cleveland moved to Chicago, where he continued to design parks, cemeteries, and private estates. He sought work in other midwestern cities, too. In February 1872 he came to Minneapolis to give a lecture on the importance of landscape architecture, especially preserving open spaces in rapidly growing cities. This turned out to be a pivotal moment, both in his life and in the history of the Twin Cities.

The reaction to his lecture was so positive that he repeated it in St. Paul two nights later. It became the basis of his book Landscape Architecture as Applied to the Wants of the West. The book was published in 1873 and remains a classic in the field.

Cleveland’s lectures in Minnesota resulted in new work. The St. Paul City Council asked for his ideas on parks in St. Paul. His advice influenced the city’s purchase of the land that became Como Park. Also in St. Paul, he designed Oakland Cemetery and created a plan for the St. Anthony Park residential neighborhood.

In 1883, the efforts of Minneapolis leaders to create parks met with success when the state legislature established a park board for the city. One of the first acts of the new board was to hire Cleveland to create an overall plan for Minneapolis parks.

Cleveland presented the plan, “Suggestions for a System of Parks and Parkways for the City of Minneapolis,” to the park board in June 1883. He proposed a series of parkways that would encircle the central city, connecting parks in each section. He also proposed creating parkways around Lake Harriet and part of Lake Calhoun as well as along both sides of the Mississippi River gorge to preserve those places of natural beauty.

The park board tried to implement Cleveland’s parks-and-parkways plan, which was later named the Grand Rounds, but couldn’t afford to buy all of the land it required. Many years later, the park board did accomplish many of Cleveland’s objectives, although the parkways were placed farther from the city center than he would have liked.

Cleveland moved from Chicago to Minneapolis in 1886, at age seventy-two, to help the park board as it implemented his overall plan and to design individual parks. Among the ones he designed were Loring, Riverside, Farview, Logan, Powderhorn, and Elliot parks.

In 1888, St. Paul hired Cleveland half-time as landscape architect for that city’s new park board. He helped create plans for Como Park and Phalen Park, and he encouraged the city to preserve its riverbanks, too. In 1890, he was hired to design the layout and landscaping of Summit Avenue from Lexington Avenue west to the river.

Cleveland played an important role in the creation of a park centered at Minnehaha Falls in 1889. His support for a park there helped persuade Minneapolis to purchase the land for a state park. Although no drawings exist showing Cleveland’s vision for Minnehaha Park, he favored preserving the natural landscape at and below the falls.

Age and illness led Cleveland to return to Chicago in 1895 and live with his son. When the American Park and Outdoor Art Association approved its constitution in 1898, it named two honorary members, Cleveland and Frederick Law Olmsted. Cleveland died in Chicago in 1900 and was buried at Lakewood Cemetery in Minneapolis.