Arts & Culture
MNopedia
This content is shared with MinnPost by MNopedia, the digital encyclopedia created by the Minnesota Historical Society and supported by the Legacy Amendment's Arts and Cultural Heritage Fund.
April 12, 2016 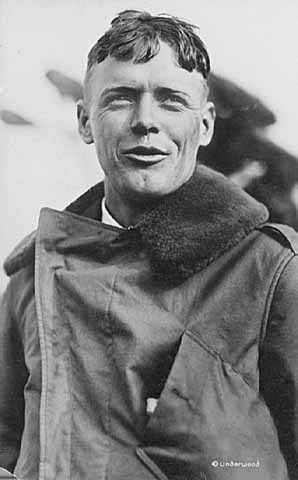 Charles A. Lindbergh, a native of Little Falls, became a world-famous aviator after completing the first nonstop, solo transatlantic flight in May 1927.

Charles Augustus Lindbergh was born in Detroit, Michigan, in 1902. He grew up outside Little Falls on a 110-acre farm on the banks of the Mississippi River. Though they never divorced, Lindbergh’s parents, Charles August (C. A.) and Evangeline, were estranged. After the complete loss of their home to fire in 1905, they lived in separate homes.

The Lindberghs built a smaller home on the original’s foundation. It became a summer residence for Lindbergh and his mother, who traveled to Washington, D.C., each winter for ten years following C. A. Lindbergh’s election to the U.S. House of Representatives. Charles Lindbergh attended college at the University of Wisconsin, Madison, in fall 1920. After three semesters, he was dropped from the program and enrolled at the Nebraska Aircraft Corporation’s flying school. He spent time on the barnstorming circuit before purchasing his first plane, a Curtiss JN4-D, commonly called a “Jenny.”

In 1924, Lindbergh enrolled in Army Flying School, where he graduated at the top of his class. Following graduation, Lindbergh went to Lambert Field in St. Louis, Missouri. There, he accepted a job with the Robertson Aircraft Corporation as chief pilot for the soon-to-be-awarded St. Louis–Chicago airmail route.

In 1919, a French businessman, Raymond Orteig, offered a $25,000 prize to the first team to fly nonstop between New York, New York, and Paris, France. After learning of the prize, Lindbergh began to plan a flight to Paris. Lindbergh discussed his idea with St. Louis businessmen and aviation supporters who pooled their resources to provide Lindbergh with the funding to purchase an airplane that could make the trans-Atlantic flight.

By the time Lindbergh was ready for his flight, six well-known aviators had already lost their lives in pursuit of the Orteig Prize. Undaunted, Lindbergh set out to break the record on May 20, 1927. At 7:52 a.m., after loading the plane with 450 gallons of gasoline, Lindbergh climbed into the cockpit and gave the go ahead to takeoff. Thirty-three and one-half hours later, he landed at Le Bourget Field, just outside of Paris.

Upon returning home, Lindbergh continued to promote aviation by touring the United States, Central and South America. When he was in Mexico he met Anne Morrow, the daughter of the U.S. Ambassador. They married in 1929.

Tragedy struck the Lindberghs in March 1932 when their first-born son, twenty-month-old Charlie, was kidnapped from the family home in New Jersey. The child’s body was found two months after he was taken. Bruno Richard Hauptmann was arrested for the crime in 1934 and convicted the following year.

In 1936, an American military attaché invited Lindbergh to Germany to help gather intelligence about the Third Reich. At a dinner in Berlin, German Air Minister Hermann Göring surprised Lindbergh with an award for his services to aviation. Many saw Lindbergh’s acceptance of the “Nazi medal” as a sign of his sympathies with the Third Reich, and he was vilified in the American press.

Lindbergh remained convinced that Germany would win any coming war based on its superior military strength and returned to the United States in 1941. He made speeches on behalf of the America First Committee, a nationwide organization that opposed American intervention in the war. The press and many members of the public accused Lindbergh of injecting anti-Semitism into his argument for neutrality, a claim that he denied.

After the bombing of Pearl Harbor, Lindbergh did what he could to help the Allies. In 1944, Lindbergh persuaded United Aircraft to designate him a technical representative in the South Pacific to study aircraft performances under combat conditions. Despite being a civilian, Lindbergh participated in fifty combat missions and was credited with at least one kill.

Following World War II, Lindbergh served on the board of directors for Pan American Airways and developed a passion for protecting the environment. He wrote “The Spirit of St. Louis,” which was awarded the Pulitzer Prize for autobiography in 1954. He died in Hawaii on August 26, 1974.

Melissa Peterson is the site manager of the Charles A. Lindbergh historic site, operated by the Minnesota Historical Society.

From Little Falls to Paris: the life of Charles A. Lindbergh