Arts & Culture
MNopedia
This content is shared with MinnPost by MNopedia, the digital encyclopedia created by the Minnesota Historical Society and supported by the Legacy Amendment's Arts and Cultural Heritage Fund.
May 22, 2017 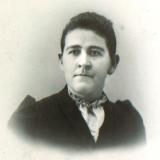 Joseph Israel Lobdell, also known as La-Roi and Lucy Ann Lobdell, spent two years in Minnesota in the late 1850s. In 1858, a Meeker County attorney charged him with impersonating a man, claiming that such an action was a crime. The judge trying the case disagreed, ruling that Lobdell (who had been assigned a female sex at birth) had committed no offense by dressing in men’s clothes.

Lobdell was born in Westerlo, New York, in 1829, and lived the first twenty-four years of life as a woman—Lucy Ann—in the town of Long Eddy. A raftsman named George Slater married her around 1851, had a child with her, and left town after their daughter was born.

By the autumn of 1854, Lobdell had left her daughter with her parents, crossed the New York border, and taken up residence in Bethany, Pennsylvania. Choosing the name Joseph Israel Lobdell, he began to present himself as a man for the first time. He found work at a music school, where he taught singing lessons, and became engaged to a local woman. When a visitor from Long Eddy recognized the young teacher and identified him as Lucy Ann, the townspeople forced him to flee.

Lobdell left Pennsylvania for New York and then headed to Minnesota Territory. He again presented himself as a man, wearing a calico suit and hat and calling himself La-Roi. After arriving in St. Paul he met Edwin Gribble, a homesteader with a claim on the north shore of Lake Minnetonka. The two became friends and lived together on the lake over the summer. Lobdell moved after a few months, traveling westward for some seventy miles before stopping at a wintering place near the future site of the city of Kandiyohi.

When summer came, Lobdell left Kandiyohi for a boarding house in Manannah. He introduced himself to the locals as La-Roi and lived peacefully among them for over a year. Then, in the summer of 1858, he was arrested, charged with the crime of impersonating a man, and put in jail.

The circumstances of Lobdell’s arrest are unclear. The only extant eyewitness account comes from Abner Comstock Smith, a federal attorney at the local land office who became involved in the case. In a reminiscence published twenty years after the fact, he describes the incident in vague terms. “In the summer of 1858,” he writes, “by accident, ‘Satan, with the aid of original sin,’ discovered and exposed [Lobdell’s] sex.” As a result, Meeker County attorney William Richards filed a criminal charge against Lobdell for impersonating a man.

Lobdell stood trial in Forest City, a farming colony of about fifty people seven miles northeast of Litchfield that had been platted only a year before. Reverend and justice of the peace John Robson judged the case. Ulysses Samuel Wylie, with Smith as co-counsel, acted as Lobdell’s defense attorney and entered a plea of “not guilty” on his behalf.

The court found Lobdell innocent. Citing the sixth-century Code of Justinian as a precedent, Judge Robson ruled that laws in previous eras had granted women the legal right to dress as men. Therefore, he reasoned, Lobdell had not committed a crime and was free to go. Meeker County paid the expenses necessary for him to return to his family in New York.

Lobdell lived for another fifty-four years after his time in Minnesota. He married Marie Louise Perry in 1861, but police arrested the couple for vagrancy multiple times and sent them to jails and poorhouses. After an 1880 arrest in New York, the Court of Delaware County declared Lobdell a lunatic and sent him to Willard Asylum for the Insane. In 1892, he was admitted to Binghamton Insane Asylum, where he remained until his death, two decades later.

Lizzie Ehrenhalt, the editor of MNopedia, is a public historian who specializes in the history of gender and sexuality. She has a master’s degree in archives management from the University of Michigan, a master’s certificate in museum studies from the University of Michigan, and a bachelor’s degree in gender studies and Latin from Oberlin College. She is a co-editor of Precious and Adored: The Love Letters of Rose Cleveland and Evangeline Whipple, 1890‒1918 (Minnesota Historical Society Press, 2019). Her article “‘Curious and Romantic Sensation'”: Sex, Fraud, and Celebrity in the Leon A. Belmont Case of 1880″ appeared in Minnesota History 67, no. 5 (Spring 2021).

Joseph Lobdell stood trial in Minnesota in 1858. His alleged crime? Impersonating a man.