One afternoon in 1993, as Carolyn Treadway looked out through her house window, she caught the sight of a woman in a traditional Islamic garment practicing parallel parking between mobile cones beside Faribault’s Central Park.

It was the first time Treadway, a retired teacher and Faribault School Board candidate, had come across a Muslim in Faribault, which was then about 90 percent white. “I remember distinctly thinking, ‘That person looks different than what I’d normally seen,” she said.

Days later, Treadway learned about an expedition of Somali-American leaders from the Twin Cities who had come to Faribault to explore job opportunities for newly arrived refugees, people with limited English language skills and employment experience.

Soon after, the leaders found out about the town’s meat processing plant, operated by Jennie-O, and news about job opportunities in the area spread. Hundreds of Somali refugees eventually flocked to Faribault for jobs the company had been struggling to fill after it had eliminated union positions and lowered employee wages.

The change opened up doors for new refugees, many of whom have made Faribault their home over the last three decades: working, raising their families and establishing small businesses in the city.

The influx of Somali immigrants has allowed the city of 24,000 — located 50 miles south of the Twin Cities, in Rice County — to avoid the fate of so many other towns in Minnesota and throughout the Midwest, places that have seen their populations stagnate or decline.

Yet the demographic change initiated by that shift didn’t come without consequence, and it is only now, some residents say — after years of grappling with cultural and racial issues, and overwhelmed schools and social service programs — that those tensions are starting to fade away, as more and more native-born residents come to terms with the fact that Somali refugees are putting down permanent roots in Faribault.

When Treadway first moved from Kansas to Faribault more than four decades ago, Faribault was an almost entirely homogeneous white community, not much different from many towns across Minnesota.

That started to change in the 1980s, when a small wave of Cambodian refugees first made their way to Faribault to work at the Jennie-O processing plant. In the following two decades, a steady stream of Latino immigrants and Somali refugees arrived in Faribault seeking jobs at the plant.

The arrival of Somalis, in particular, significantly altered the city’s demographics. In 2000, whites made up 90 percent of Faribault’s population. Today, people of color make up more than 26 percent of the population, with blacks alone accounting for 9 percent of the city’s residents.

The change was even more dramatic in area schools. Today, students of color account for 53 percent of the student population at Faribault Public Schools, as detailed in a 2018 report by the Minnesota Department of Education.

Gradual change — until the Great Recession

The pace of the Somali refugee arrivals in Faribault was gradual in the 1990s and early 2000s. But it grew exponentially during the Great Recession, when jobs became hard to come by in the Twin Cities metro area. The growth was also fueled by people from other parts of the country moving to Faribault to join family or friends.

It wasn’t always a smooth process. The public school system and local governments, in particular, were not prepared to support and help newcomers integrate into the community. “For at least 12 to 15 years,” Treadway said, “all those entities were playing catch-up rather than being proactive on how the community can absorb and support these people who are coming from a very different environment.” 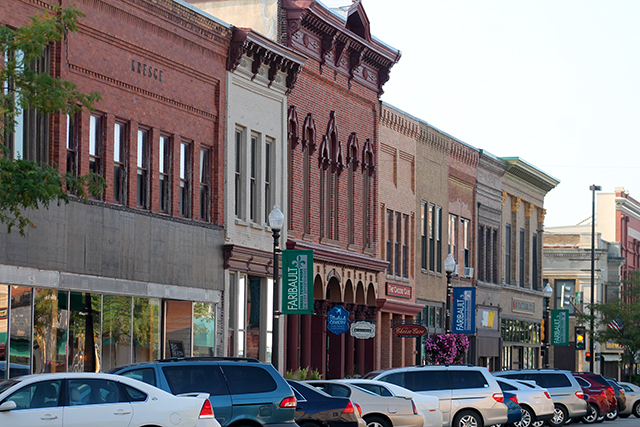 MinnPost photo by Ibrahim Hirsi
Hundreds of Somali refugees eventually flocked to Faribault for jobs Jennie-O had been struggling to fill after it had eliminated union positions and lowered employee wages.

It didn’t help that cultural conflicts often surfaced between native-born Americans and the newcomers — especially members of the Somali community. Groups of Somali men would often socialize standing on the sidewalks of downtown Faribault, for example, and would often casually sit or lean on parked cars. Or they’d be inconsiderate to passing pedestrians. Likewise, new refugees wouldn’t wait in line on busy days at grocery stores, gas stations or banks. Instead, they’d often cut in line to get what they needed.

None of those habits are particularly frowned upon in Somalia. But in Faribault, the practices frustrated native-born Americans, who saw Somali refugees as aggressive, rude and disrespectful toward others.

“They didn’t have anyone to help them understand that in America,” Treadway said, “judgment is made if you cut in line or throw plastic bottles down on the ground when you drink out of them.”

That sentiment was echoed in the “Beyond the Gateway: Immigrants in a Changing America,” a book that in part chronicled the experiences and tensions of immigrants and native-born Americans in cities and town in the U.S., including Faribault.

White residents vented to the book’s researchers, a team from Georgetown University, about their frustration toward black and Latino immigrants who work in downtown Faribault, which had become a social hub for foreign-born residents in the area. Many white people no longer felt comfortable going to downtown anymore, one person told the researchers. “I think they’re afraid of them,” the person says. “They don’t really know them.”

Over time, an estimated 4,000 Somali residents have put down roots in Faribault. Some of those families have now lived in the town for more than two decades, and have U.S.-born children who are now in their teenage years.

Between 2004 and 2018, in fact, the community established more than a dozen small businesses — grocery stores, restaurants, cafés and money transfer shops — along with two main nonprofit organizations. One of those is Somali American Faribault Education (SAFE), which provides refugees with ESL programs and connects them to jobs; another is the Somali Community Resettlement Services, which connects refugees to employment, housing and county services.

“Faribault has become our city,” said Hassan Mursal, a businessman who’s lived in the town since 2002. “Our children are succeeding. The community is thriving. We play a role in the security and safety in our neighborhoods.” 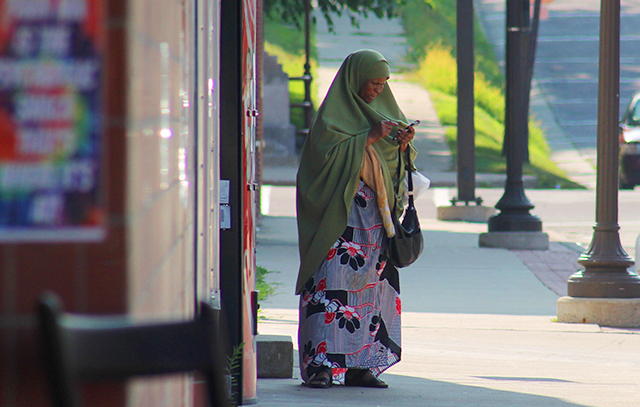 MinnPost photo by Ibrahim Hirsi
The influx of Somali immigrants has allowed the city of 24,000 to avoid the fate of so many other towns in Minnesota and throughout the Midwest, places that have seen their populations stagnate or decline.

The growing acceptance of the Somali community is partly the result of longevity. Mursal says the Somali community’s business success and cultural staying power has earned the respect of some white residents who used to look at them with scornful eyes when they first resettled in Faribault. “They realized we’re normal people with a different culture,” he said.

Frank Marzario, for one. The owner of Pawn Minnesota in downtown Faribault, Marzario said his grandparents came to the United States from Italy, and that the story of the town’s East African immigrants reminds him of his own family’s experience. “I support their ambition and their determination to make a better life for themselves,” he added. “I have a good relationship with my neighbors and the Somali community.”

But the improved relations are also the result of some concrete efforts undertaken by the city. As part of an effort to bring diverse communities closer, the Faribault Diversity Coalition (FDC) has been working in recent years to promote tolerance in the area through cultural events and social programming.

“Our role is to create better understanding and appreciation for cultures,” said FDC Director Gordon Liu. “We view diversity as an asset. So we showcase how different cultures bring vibrancy to the community.

“There are times when each community feels their voices have not been heard,” Liu added. “So what we’re trying to do is make sure we take the time to listen and try to figure out what different communities are struggling with and how we can help bridge that gap.”