The issue is complex, prompting many questions: What are the social costs? Why do people come here? Why is it offensive to use the term illegal?

To begin to truly understand the problem, what is needed is a history check: Who were the first undocumented workers? Which groups have historically benefited from amnesties? And most important: How did America’s immigration system itself create the problem with undocumented immigrants?

Lee explains that in its early years as a nation, America largely lacked federal immigration policies. Then, beginning with the exclusion acts of the mid-19th century, which specifically prohibited Chinese immigration, the United States increasingly denied entry to those it deemed unsuitable: Asians, paupers, illiterates and, eventually, southern and eastern Europeans.

In 1921 and 1924, America adopted new immigration laws that greatly limited immigration from all but northern and western Europe. For example, pre-1924 Italian immigration to the U.S. reached 200,000 a year; after, the number plummeted to 3,500. Lee notes that between 1924 and 1965, 70 percent of all visas were given to those from three nations: the U.K., Ireland and Germany.

The irony, she says, is that these exclusionary acts were happening at a time when the nation’s economy was expanding and there was an increased need for labor. Then, as now, she says, “People wouldn’t come if there were no jobs.” 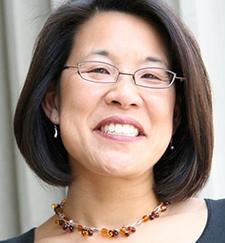 “Once you start restricting immigration … migrants find other ways,” she said, noting that many – whether it was because they could not read or because they were Italian – found other ways to enter. “There are so many stories that people are digging up now in their own family histories of people who jumped ship in New York harbor before the ship got into Ellis Island and swam ashore or [came] across the Canadian border.”

But in the Southwest, there was no jumping ship or furtively crossing the border. As the area’s economy began to boom — and Asian immigration was curtailed and eventually stopped — agricultural and railroad companies began to heavily recruit Mexican workers. For a nominal fee and a cursory medical exam, Mexican workers could easily cross the border and work in the United States. This followed a centuries-long migration pattern between Mexico and parts of the American Southwest that were once a part of Mexico.

Beginning with America’s involvement in World War II (and the resulting labor shortage), the recruitment of Mexican workers was formalized through the Bracero program, which from 1942 to 1964 gave contracts and temporary work permits to roughly 4.6 million Mexican workers.

Then, in 1965, the U.S. enacted the 1965 Immigration Act, which created equal per-country quotas, as well as a system for family reunification. For the first time, it placed a cap on migration from the Western Hemisphere.

“It was a double whammy on immigration from Latin America and specifically from Mexico. It erected barriers for the first time after generations of migration,” says Lee.

She notes that every country had a quota of 20,000 per year.

“On the face of it, it’s great. Mexico is equal to China, and Mexico and China are equal to Luxembourg. But it created a problem where the demand for migration from places like Mexico outweighs the quota, and that has created the backlogs. There are visa backlogs from some countries that are decades long. That is why we’ve had the increase in undocumented immigration since 1965.”

Although presidents have used their executive authority to deal with specific immigration issues, and Congress passed the 1986 Immigration Reform and Control Act, there has been no immigration reform since 1965 that comprehensively addresses the question of undocumented immigration — or the practicality of the equal national quota system.

Lee stresses that it is crucial to understand the past in order to tackle the present issues.

“History demonstrates that as early as 1929 we have created amnesty for immigrants time and time again, mostly for Europeans, those who jumped ship or crossed the Canadian border. We need to understand the larger forces that created the situation,” she says, “This has been created by an unequal system. One that doesn’t allow for a flexible response to labor needs. It is an egregious situation.”

In future  articles, I’ll further examine the causes of undocumented immigation, as well as the current legal and economic realities and day-to-day challenges it presents to individuals and communities here in Minnesota.