As part of my look at undocumented immigration, I wanted to delve into a fundamental but critical question: Whom are we talking about exactly?

In other words, what does America’s undocumented population actually look like today? How many individuals? Where do they live? Where do they come from? How long have they lived in the U.S.?  What does that population look like specifically in Minnesota? And how do they affect the American work force?

“There are inherent difficulties in getting accurate figures,” says Minnesota State Demographer Susan Brower. “It’s a tricky endeavor, but things like undercounting are accounted and adjusted for.”

Brower says that though the figures are estimates, she is fairly confident in their accuracy. “You have different sources, all using slightly different methods, all coming up with similar numbers.”

Shifts since the Great Recession

Yet Pew doesn’t just calculate the undocumented population; it also tracks trends in this group. And it has found that the years after the Great Recession have seen a considerable change to the nation’s undocumented population. First, the number of undocumented immigrants (Pew uses the term unauthorized immigrants) in the U.S. has remained largely stable for five years, and currently makes up 3.5 percent of the nation’s population. (The 11.3 million figure is actually down from its peak of 12.2 million in 2007.) Second, although Mexicans make up about half of all undocumented immigrants (49 percent), their numbers have been declining; there are 140,000 fewer undocumented Mexican immigrants living in the U.S. than there were in 2009. Today, there are more Mexicans leaving the United States than coming here.

In Minnesota, the numbers range from Pew’s estimate of 95,000 to the figure given by the Migration Policy Institute (MPI) of 81,000. MPI, a nonprofit think tank in Washington, D.C., that studies migration, also provides more in-depth information about the state’s undocumented residents.

MPI’s figures indicate that a majority of the undocumented population in Minnesota comes from Mexico or Central America (61 percent), followed by Asia (19 percent), Africa (11 percent), South America (5 percent), and Europe/Canada/Oceania (4 percent). Their data also show that 59 percent speak English “well” or “very well”; 55 percent have a high school degree or higher; and crucially, that it is a young population, with 62 percent under age 35. The state’s undocumented residents also tend to have been here a while: 77 percent have lived in the U.S. five years or more.

These last two points are what stick out for Brower. 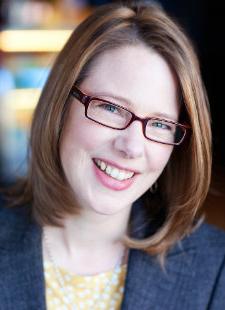 Brower points to an ever-growing gap between employers’ needs and population growth. Birth rates have been below “replacement” in Minnesota since 2009, and with the retirement of the baby boom generation, there are not enough workers to fill employment needs and fuel economic growth.

She notes that the growth of Minnesota’s work force has slowed steadily since the 1990s — when the job force grew by 38,000 people each year, to 8,000 each year during the 2010s — and that immigration would need to increase considerably just in order to keep the current level of labor force growth.

In fact, figures from the State Demographic Center show that the labor force will grow by about 21,000 people between 2015 and 2020, while the number of jobs will grow by about 100,000 during that time period, according to data from the Department of Employment and Economic Development.

That nearly 80,000-person gap concerns Brower. “Employers are already starting to feel it; they start to be constrained in what they can do,” she says, “And that’s counting unauthorized immigrants, who have a very high rate of participation in the work force. These are people who are already living and working here.”

Population projections only see this gap growing she says. “I know that it’s more complex than just numbers, but we’re looking at a labor shortage, and the question is, where are we going to find the workers? This is an issue that will touch all of our lives if it continues to unfold this way.”

What we know about Minnesota’s undocumented immigrant population