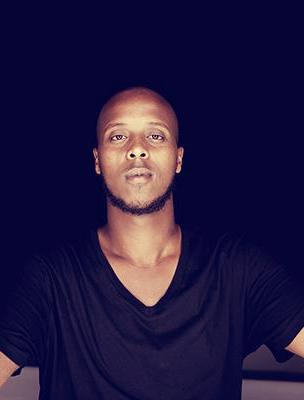 Spoken word artist Abdi Phenomenal has one goal to achieve in his latest stage play, “Chronicles of the Diaspora“: To shed light on some of the unspoken, taboo topics in his Somali-American community.

The play relates stories of mental illness, drug abuse and domestic violence in the community — stories that have had profound effects on many families and individuals, but received little attention.

“Nobody talks about these issues,” he noted. “People are suffering in silence because they’re afraid they’ll be cornered and ashamed if they come out.”

Phenomenal hopes to change that. Through the play, based on true stories, he wants to start conversations about the issues and to encourage members of the community to create a supportive environment for those struggling with the conditions.

He has completed the script, which has been in the works for about a year. Now he’s recruiting 11 Somali-American actors, who will perform in English and Somali.

On Monday evening, the first audition for the play will open at Brian Coyle Center. In March, the traveling play will début in Minneapolis, followed by other stage performances in St. Cloud and Rochester.

“Chronicles of the Diaspora” is about two families and their experience in the United States. In one family, there is Laila, a recent college graduate who is determined to succeed. After college, she tells her mom that she wants to move out to live on her own.

But her single mother, who clings to the traditional practices of the Somali culture, disagrees because she believes that girls should never live outside their parents’ home no matter their age. The only time Laila would be allowed to move out is when she gets married.

“For Laila — coming from individualistic American society — happiness means being independent and doing what makes her happy,” Phenomenal said. “But there’s a unique struggle of being a Somali: Making your mom happy because she wants you to stay home until you get married.”

The mother also has two boys: one with mental health problems who’s attempted to commit suicide at school and another who’s had run-ins with law enforcement and is angry at the justice system.

“You’ve a mother and a father. In Somalia, the mother used to be a stay-at-home mom and the father was college-educated and had a professional job. But in the U.S., the mother is actually the breadwinner. She’s making all the money. Her husband is a taxi driver.

“These [Somali] men are telling him, ‘You have no balls. Your wife is the one that has the balls in the house. She makes the decisions because she’s the breadwinner.’

“Living in our culture, the man is always the breadwinner. And that crushes his ego, knowing that he’s not able to provide for his own family. It forces him to be hopeless and frustrated. So he ends up becoming abusive.

“He starts to abuse her and beat her up all the time. And they’re going through a bad divorce throughout the whole play.

“In the middle of that bad divorce, there’s this little kid called Kalid, who’s lost in the midst of all of this, who’s forced to side with either his father or mother. Then, he starts to avoid the house.

“Throughout the play, you’ll see that this kid is avoiding the house because of the altercation that’s happening. So he finds love, compassion and care through addiction.”

In the midst of all this chaos, however, the play shows that each member in the two families strives to preserve the Somali culture — and to pursue the American dream. Some eventually achieve that; others won’t.

For the two decades Phenomenal has lived in the United States, he has observed members of the community who have suffered in silence as they wrestled with addition, mental health problems and domestic abuse. 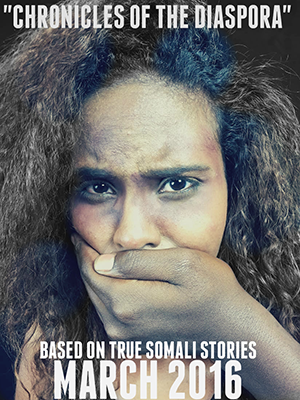 Often, he said, these issues stem from clashes of the American and Somali cultures. Many times, he added, parents expect their children to be 100 percent Somali at home; they want to live their lives according to the Somali culture.

But when they step out of the house, he noted, society almost forces them to assimilate, to do as Americans do. “Balancing the best of both worlds, as immigrants, can sometimes be a burden,” he added.

Phenomenal isn’t a stranger to the challenges he’s trying to interpret in the play. Raised by his single mother, he arrived in the United States when he was 7, escaping the civil war that erupted in Somalia. He came of age in Minneapolis and Eden Prairie, leading a difficult life and feeling torn between the clashing Somali and American cultures. “We were one of the newest [Somali] immigrants in Minnesota,” he said. “I had a lot of identity issues.”

For survival, Phenomenal resorted to art. He found poetry to express himself, to voice the struggles he lived through.

At 28, Phenomenal is the artistic director at Ka Joog, a nonprofit organization that works to improve the lives of Minnesota Somali-American youth. He’s traveled to Africa, Europe and Canada for spoken word performances.

Last year, he was among a group of Somali-American leaders from Minnesota who were invited to the White House for a summit on Countering Violent Extremism, where he performed “More than Heroes.”

“Chronicles of the Diaspora” is funded in part by a $200,000 grant that Minnesota legislators set aside last year to help Ka Joog provide arts programs to Somali-American youth across the state.

“The whole play takes place in the living rooms of the two families,” he said. “I hope it will start a dialogue about the issues. I hope it will lead to something better.”