Five years ago, when Grace found herself in an abusive marriage, she didn’t know where to turn.

Originally from Laos, she worked at her in-laws’ restaurant in Minneapolis, even after her husband began physically abusing her and her mother-in-law started threatening her. “It was really hard because I didn’t know how to speak in English,” she said. “I felt like I was a slave.”

Grace, whose name we changed for her safety, eventually left her husband, checked into a shelter and filed for a protective order. But for almost three years she fought for a relationship that had clearly turned dangerous, she said, because of cultural stigma and a lack of support.

“It’s really hard for women who don’t know anything or don’t have a place to call home,” Grace said. “And these women have no family at all.”

Now some Minnesota lawmakers are trying to make it easier for women who came to Minnesota from Southeast Asia, like Grace, to leave abusive relationships. Rep. Karen Clark, DFL-Minneapolis, and Sen. Alice Johnson, DFL-Blaine, among a handful of others, are introducing a bill this session that would allocate $2 million in state funds to provide rental assistance for victims of domestic violence and sexual abuse in the Asian and Pacific Islander (API) community — something advocacy groups say has been needed for years.

“Right now domestic abuse in marriage is getting a lot of attention,” said Tenzin Dolkar, formerly with the Council on Asian-Pacific Minnesotans and now a policy adviser for Gov. Mark Dayton, “But the piece that they sort of miss is that these women … are not educated, don’t speak English well, have never rented on their own, never had a bank account in their name, and have never tried to navigate the system here.”

Breaking through the stigma

Last year the story of Panyia Vang, a young woman from Laos who became sexually exploited in Minnesota, brought national attention to an issue that’s been going on for decades, Dolkar said. But most of the API women who experience domestic violence or sexual abuse in the state don’t report it to police, she said, so the numbers simply aren’t there.

According to Minneapolis Police Department data, between 2010 and 2015, out of the more than 14,000 cases of reported domestic violence in the city, only 1 percent of those came from the Asian and Pacific Islander community. And out of the nearly 4,000 cases of sexual assault reports, only 2 percent were API. The API community makes up approximately 6 percent of the population of Minneapolis. 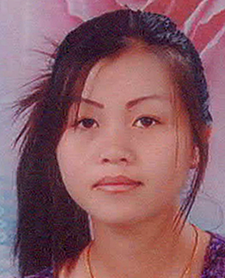 Dolkar said those numbers reflect a reluctance in the Asian community to report problems, not a lack of incidents. Culturally, there’s a huge stigma in the API community around homelessness, she said, and since many Asian women facing domestic abuse in Minnesota don’t have families to fall back on, and don’t have the skills or knowledge to obtain housing, many simply don’t report the abuse. For those who choose to leave the abusive relationship, she said, their only choice is to become homeless or live in a shelter.

Asian Women United of Minnesota Executive Director Claudia Waring said she has seen the API population grow significantly at her shelter over the last decade. “Seven years ago it was probably 60 percent API, 40 percent not,” she said. “Now it’s over 90 percent API.”

Waring said she doesn’t believe the recent influx is the result of more domestic violence, but because the shelter is doing a better job reaching out to the community and trying to break through the stigma. “The community advocates have done a nice job positioning themselves out and about, making themselves available, and making it OK to come forward,” she said.

Unfortunately, Waring said, housing at the shelter is temporary. Residents can only stay for up to a year before having to move out. The average stay of the women there is around four or five months, Waring said, but many stay as long as they can.

And because many of the victims don’t have the life skills to find housing on their own, she said, they often go back to their abuser after leaving the shelter. That’s why she believes getting a bill to provide housing assistance for this population of women is so important. “Were we looking at an increase in affordable housing for the population we serve, we would feel more optimistic,” she said.

For Grace, one of the hardest parts of leaving her husband was not knowing her future. Her whole life in Minnesota revolved around serving her husband and her in-laws, she said. But finding work and housing helped her begin prioritizing herself again, and she thinks it could do the same for others. “With housing, I think these women like me will have more life to look forward to,” she said.

Last year, Minnesota policymakers attempted to pass the same housing assistance bill they’re re-introducing this year, but failed to get the votes. What did pass, however, was a bill that put $200,000 into studying just how prevalent domestic violence and sexual abuse is in Minnesota’s API community. The study is scheduled to be completed by the beginning of 2017.

Sen. Jeff Hayden, DFL-Minneapolis, the lead author of that bill, said he didn’t know domestic violence was an issue among Asian Minnesotans until advocates approached him in 2014. “They told me about the uniqueness of domestic violence in general, but also in the form of early enforced arranged marriages in the Southeast Asian community,” he said. “And they felt like it was happening a lot and also wasn’t getting the kind of attention that traditional domestic violence was because of cultural and linguistic issues.”

The testimony he heard from victims and advocates last year left a powerful impression on legislators, he said, which is why they voted to pass the bill to study the issue further.

Dolkar said she’s glad the study bill passed, since it will provide the first comprehensive set of data on API domestic violence in Minnesota, but she’s not convinced the state is moving fast enough on the issue, since victims need support now.

Similar studies have already been done in places like San Francisco, Dolkar said, and they all point to a need for housing. “What you’re going to find from the study in Minnesota is essentially what was found in every other study,” she said.

Asian Women United of Minnesota’s Waring, for one, hopes legislators move on housing assistance even before the study is finished. But Hayden said legislators want to see data first before greenlighting any programs. “Once the survey’s done, and we assume that it will show the prevalence of this,” Hayden said, “then we can use that data to start pushing programs … to try to deal with this issue.”

Yet Dolkar says the women can’t afford to wait until someone can prove that their problems exist.

“We need to do something with the housing,” she said. “We cannot do a study and tell the women ‘OK, we’re going to come up with what you need and then try to implement it.’ That’s four years in the making.”

Council on Asian Pacific Minnesotans Executive Director Sia Her said she believes the housing assistance bill has a much stronger chance of passing this year because they’ve made it more inclusive — and less costly.

“Some of the key changes in the bill this year include the fact that we are not asking for $500,000 in wraparound services,” she said.

Instead, the $2 million they’re requesting will go directly to building the core infrastructure for the housing assistance program. But the most significant change is the language in the bill, which is aimed at getting more women to benefit. Originally, the housing program was aimed solely at the API community, Her said, but now they’re expanding it to apply to a wide range of emerging immigrant populations, including Liberian and Somali people.

Her said she understands why policymakers are hesitating to move forward on a bill without better data to back it up, but she hopes the changes to the new language will persuade them to move forward with it this year. “We can understand from the perspective of policymakers why they’re saying what they’re saying,” she said. “And at the same time, I completely agree with the advocates and survivors on the ground that these are services that should have been available yesterday.”

Still, Hayden said it’s hard to tell whether the housing assistance bill will move forward just yet. There are many advocacy groups who approach them each year asking for money and it’s difficult to decide who gets funding and who doesn’t.

Even now, Hayden said, he’s working on addressing the African-American disparities in the state and seeing how allocating state funds could help reduce those disparities. “On the issue by itself, why couldn’t we do it?” he asked, regarding the housing assistance bill. “Well, then every other group who has some issue that is equally important to them is coming to us with the same requests.”

The story of Panyia Vang, a 14-year-old girl who was raped and sexually exploited in Minnesota, focused a national spotlight on the issue of domestic violence and sexual abuse among Southeast Asian women in the state.

But Dolkar said that portrayal inaccurately paints it as just a Hmong issue. Dolkar, who used to work for the battered women shelter Asian Women United of Minnesota, said she dealt with women from several Southeast Asian countries and each culture experiences domestic violence differently.

For example, she said, in areas like Laos you’ll see forced marriage. Among Filipinos, however, you’ll see women marrying middle-aged white men, typically divorced. It is important, she said, that people understand that it’s not just victims of bride trafficking who show up to these shelters. Many of the women she met fell in love with their partner before the partner became abusive.

“They have beautiful love stories,” Dolkar said. “It’s not like the women met the men and said, ‘OK, you need to marry me and bring me to Minnesota.’ The men traveled to these countries, they had months of courtship.”

And for those who think the issue is isolated to the Hmong community, Waring said that when it does come to bride trafficking, all kinds of Minnesotans are perpetrators. “Over the past couple of years, we have had several young women from Asian countries who were purchased off the Internet by homegrown, white, Minnesota guys,” she said.