As Eh Tah Khu prepared to set sail for the United States six years ago, he mused about how his decade-long experience in a Thai refugee camp might differ from the life he longed to establish in Minnesota.

Soon after he arrived in St. Paul, Eh Tah Khu began to undertake the obvious challenges that new immigrants and refugees experience as they adjust to a very different lifestyle in unfamiliar territories.

Those hurdles included navigating the transportation system in the Twin Cities, finding employment and understanding the American culture and laws — practices that were foreign to Eh Tah Khu, who escaped persecution and longstanding political unrest in his Southeast Asian country of Burma (also known as Myanmar).

Today, however, it’s unimaginable to think that the soft-spoken father of two was in a refugee camp just six years ago: He speaks nearly perfect English and serves as co-executive director of the Roseville-based Karen Organization of Minnesota (KOM).

Eh Tah Khu is one of thousands of Karen refugees who began their journey to Minnesota in 2005, escaping persecution and torture by the Burmese military. Today, more than 10,000 Karen people live in St. Paul — making the city home to the largest Karen community in the nation.

“It took me a while,” the 32-year-old noted, explaining his journey to adjust to life in Minnesota. “But for those who don’t have the language skills, it’s a lot harder.”

The Karen, an ethnic minority living in the Karen State, have been fighting for independence for more than 60 years — a political battle that uprooted hundreds of thousands of Karen from their homes, and many ended up in the Burmese jungle and in Thai refugee camps.

In 2005, large waves of Karen refugees began to stream into Minnesota after living in the camps for decades. Both in Burma and in the camps, Eh Tah Khu noted, the Karen weren’t exposed to the kind of transportation systems available in the United States. 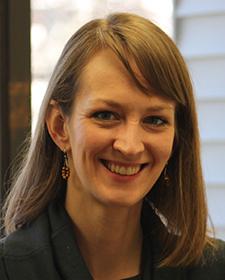 So, when they arrive here, using the public transit system is among the biggest barriers the community encounters, Walstad added. “Trying to read a bus schedule and figure out the map [can be quite a task],” she added. “I’ve certainly gotten lost on the bus plenty of times. For people who don’t know how to ask it would be very intimidating.”

To connect the new refugees to employment, education and resources, KOM has recently created a program — Bus Buddy — to train clients how to use public transportation to get to places they regularly visit.

But some members of the community, mostly men, are venturing out for meat processing jobs in some of the state’s rural cities, including Marshall, Austin and Willmar.

Like many poor and large American families, the Karen struggle with finding affordable apartments in the Twin Cities. Typically, Eh Tah Khu noted, the Karen households have about seven people. This means that they need three- to four-bedroom apartments — though an average family makes a monthly income of $1,000-$2,000, or less. “So, a three-bedroom, four-bedroom apartment is not reasonable,” he added. “They cannot rent bigger apartments with that income.”

When the Karen first landed in St. Paul a decade ago, they struggled connecting to government services that were already in place to assist hundreds of thousands of refugees who have been pouring into Minnesota for decades.

So, a group of Karen volunteers who came in the early 2000s created the Karen Community of Minnesota to assisted the new refugees with making appointments, helping interpret meetings and giving them rides to places they went for services.

As the waves of refugees coming to St. Paul intensified, the KOM opened its doors in 2009. Today, KOM works with more than 1,500 Karen refugees in Ramsey County, providing services that include employment training and cultural orientation as well as health and youth programs.

The program has recently opened another office in Marshall because more and more people began to relocate there for meat processing jobs — positions that don’t require previous employment experience and English skills. Walstad, the KOM co-executive director, estimates the number of Karen people who moved to Marshall at between 300 and 400, including their families.

While many Karen refugees wrestle with adjusting to the American lifestyle, others are gradually making their mark in Minnesota. For example, 58-year-old May Cher, who came to the U.S. two years ago, has been taking English classes four days a week, hoping to be able to communicate in English without turning to an interpreter for assistance. 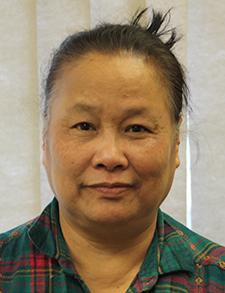 Cher, who was an activist when she was a refugee in a Thai camp, also has a part-time cleaning job at KOM. Though the job doesn’t pay her much, she said it gives her peace of mind and an opportunity to work that she couldn’t have had in Burma.

“Life in Burma was hard,” she said. “In here, if you work hard, follow the rules, life would be good … and you feel happy about yourself.”

Leymu Paw, a freshman at the Saint Paul Community College, said that she also feels a sense of accomplishment after four years in the United States: She’s learned English and secured a job as a program coordinator at KOM.

“What I have right now would not have been possible in Burma,” she said. “Life is not perfect here, but it’s better than where I was when I first got here.”