As Kiersten Ziegler occupied one end of a small couch in a St. Paul house last week, 6-year-old Dia Vue playfully jumped on the other end, both exchanging occasional smiles and chuckles.

See Vue, Dia’s mother, was in the kitchen cooking the night’s meal, her 8-month-old son quietly played alone in a nearby crib and her brother-in-law Benson clung to a TV remote control, absorbing CNN’s coverage of the ongoing presidential campaigns.

“Should we go help mom in the kitchen?” Kiersten asked Dia, who responded with a definite nod.

“This is called the dragon fruit,” Vue explained to Kiersten, pointing to a piece of the imported fruit. “Tonight, we’re doing a chicken tofu dish. It’s more of an Asian-American dish.”

Kiersten, a 17-year-old from Burnsville, was with the Hmong-American family to attain a deeper understanding of the history, culture and language of the Hmong community, which recently celebrated its 40th anniversary in Minnesota.

She and five other students were participating in a weeklong program aimed at connecting and creating understanding between “traditional” Minnesotans and their fellow residents from the Somali, Hmong and Latino communities.

During the day, Kiersten and other students visited community markets, museums and centers of the Twin Cities, learning about the traditions, histories and religious beliefs of the state’s immigrant communities. In the evening, Kiersten returned to her host family, where she had one-on-one time to ask questions about the Hmong culture and learn the traditions through practical experience.

“Coming into this, I knew nothing about the Hmong culture,” said Kiersten, a junior at the private Minnehaha Academy in Minneapolis. “It’s been very enjoyable to get to hear about things firsthand, rather than just learning about it out of the textbook.”

Living with a host family from another culture, country or background is common for students who travel overseas for exchange programs. But one local nonprofit organization, City Stay, has brought the phenomenon home.

The idea started with City Stay Founder and Director Julie Knopp, who went to Thailand for a semester study-abroad program as a college student in 2008. Her goal was to immerse herself in the country’s culture, food and language.

Yet when Knopp returned home, she realized how quickly she became disconnected from everything she established during her experience abroad.

“One of the things that occurred to me when I came back was I’ve just made all of these relationships and I’ve learned this proficiency in a language,” she noted. “Then over the course of the next couple of years, I forgot it all, and I lost all these connections.” 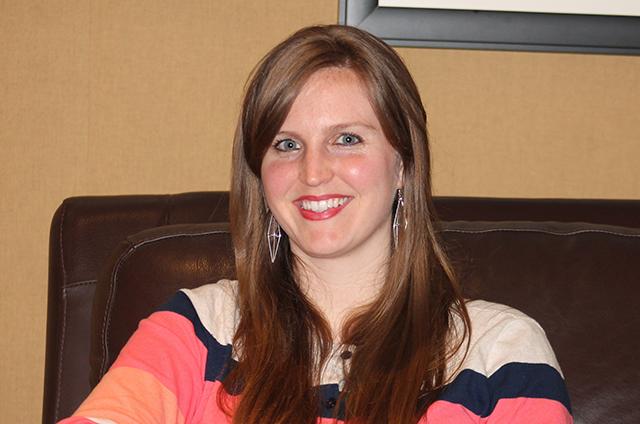 MinnPost photo by Ibrahim Hirsi
City Stay Director Julie Knopp: “I was thinking about how much untapped potential we have in the U.S. for cross-cultural learning and dialogue right in our backyard.”

Several years later, the notion of creating City Stay in the Twin Cities came to her after her 2010 graduation from Kalamazoo College in Michigan, where she earned a degree in human development and social relations.

Knopp, 27, knew that Minneapolis and St. Paul were home to a large and diverse group of immigrants. The area is home to the largest Hmong, Karen, Somali, Oromo and Liberian communities in the country, groups that have escaped civil war and have been keen to establish ways of preserving the traditions, culture and beliefs that they brought with them from home.

“I was thinking about how much untapped potential we have in the U.S. for cross-cultural learning and dialogue right in our backyard,” Knopp said. “That instead of going half-way across the world to learn about a new culture or a new language, we have our neighbors. In fact, how much more powerful would it be if we had that experience with our neighbors because we have all so many of these barriers that are keeping our communities apart.”

Knopp said that City Stay has partnered with Minnehaha Academy and individual families to create the weeklong program, which has two main components: homestay and day programming.

For the homestay portion of the program, the students — most of them from the suburbs of the Twin Cities — spend the night with their host families from the Hmong, Somali or Latino communities.

During the day, volunteers from the program take the participants through the communities’ cultural centers, markets and museums. They also attend lectures about these cultures.

“One of the most important things in our program is that every day students come back and they teach about what they learned from their homestay,” Knopp said. “For instance, they demonstrate how to cook and how to sing in a new language.”

Though Kiersten didn’t live with a Muslim family through the program, she said that she had gained some valuable knowledge about local Muslims after visiting south Minneapolis’ Karmel Square, the largest Somali mall in the North America.

“I haven’t had much experience with interacting with Muslim people before or Somali people,” she said. “So, when we went to the Somali mall, at first, I felt a little awkward. But then as I talked with people and went a little bit out of my comfort zone, it gave me a different perspective about those people and their beliefs.” 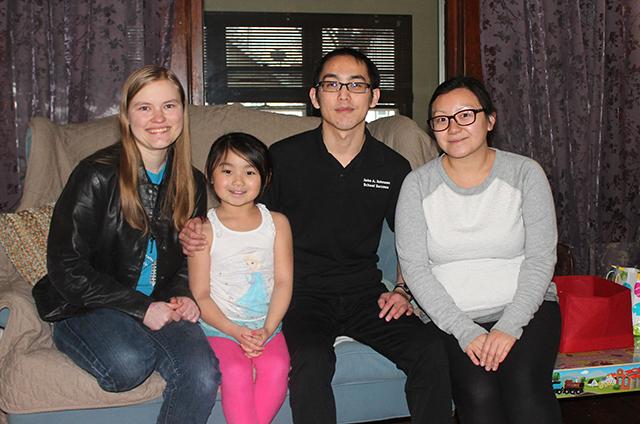 “Before, with all the things that have been going on with ISIS, my opinion about Muslim people was a little bit more closed,” she said. “I don’t want to say I hated Muslim people … but I wasn’t a person who would go out of my way to talk with somebody who was a Muslim.”

But through the program, Kiersten listened to Muslims talk about their religion and the similarities it has with her Christian faith — an experience that changed her perspective. “My mind is now more open than if I didn’t go and have that experience,” she explained. “There are so many people around the Twin Cities who have different beliefs, but I feel like it’s not as exposed to everybody as it could be.”

While many welcome City Stay’s efforts to build bridges and to connect communities, some remain skeptical — and even critical — of the program, Knopp admitted.

“It comes up a lot,” she noted. “Some people look at this program and they wonder if this is some kind of poverty tourism. There was a risk of that being a concern with this program, but I think that the way it’s developed has been quite the opposite.”

Knopp explained that the participants aren’t just some wealthy white suburban teens coming to the cities to spend a week with poor immigrant families in the Twin Cities. She said 25 percent of the participants have been students of color.

And she pointed out that many of the host families are actually in the suburbs — and “they’re well off,” she said.

“I think it’s valuable that some of our students are in Stillwater in a giant house,” she added, “and others are in a small apartment just so they see from one another that there isn’t a singular immigrant experience.”

The students pay $675 to participate in the program, though full scholarship is available to those with financial need. Each host family receives $200 as a stipend to cover food and other costs.