There’s far more to the stories of Indian-Americans than meets the eye — and Bollywood tropes just aren’t saying much about the realities of the fast-growing immigrant community in Minnesota.

That’s the message of an exhibit that opens Saturday at the Minnesota Historical Society in St. Paul: “Beyond Bollywood: Indian Americans Shape the Nation,” which showcases the history, achievements and contributions of Indian immigrants and their American children.

The exhibit chronicles the experience of early Indian immigrants who came to the U.S. in the 1700s as farmers, lumber mill and railroad workers, and connects it to contemporary Minnesota Indian-Americans working as doctors, artists, journalists, engineers, educators and politicians.

“We want to show our neighbors that Indian immigrants have greatly contributed to the state of Minnesota,” said Indian-born Ram Gada, a retired engineer who played an advising role in bringing the exhibit to the state. “We want to show how we arrived here and what kind of experiences we had.”

Those experiences vary widely. Indians who arrived in the U.S. during the 18th and 19th centuries were mostly unskilled, uneducated people who sought jobs in agriculture. But the waves that began to make Minnesota their home in the early 1950s — shortly after the country gained independence from Britain — were mostly students studying medicine, engineering and economics at the University of Minnesota.

After graduation, many of them chose to remain in the state, taking jobs with Minnesota employers and establishing families. Gada is one of them. He came to study engineering at North Dakota State University in Fargo. Later he moved to Minneapolis, where he opened an engineering consulting firm.

Today, the 75-year-old retiree is one of more than 42,000 Indian-Americans who call Minnesota home. The community is the second-largest Asian immigrant group in the state after Hmong. Indian-Americans are also the second-biggest foreign-born population in the United States after Mexicans, according to a 2015 report by the Migration Policy Institute.

“Beyond Bollywood” reveals the diverse history and culture of the Indian-American community in photos, interactive features and artifacts. So far, it’s been shown in New Jersey, California and Indianapolis.

When it opens at the Minnesota History Center on Saturday, organizers said they hope the exhibit will take visitors beyond what contemporary Indian and Indian-Americans are most known for: Bollywood cinema. 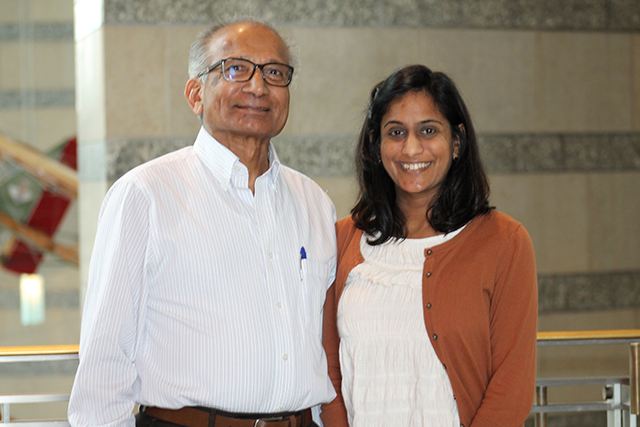 “We’re not all about what’s in Bollywood,” Gada said. “But most importantly, this exhibit will prove that immigrants are not a burden to the state. They are assets. They’re full of energy and ideas. Give them proper platform, and they’ll excel.”

Masum Momaya, a curator with the Smithsonian Institution, which created the exhibit, explained that the exhibit tells the story of the community through three important events: History, culture and contributions.

“We tell this story of early business people who came and settled along the East Coast, established lines of trades with other parts of Asia,” she noted. “We show Indian immigrants who are making contributions in a variety of fields all across the professions, including engineering, medicine and business.”

In addition, “Beyond Bollywood” accentuates the centuries-old history of the Indian-American community in Minnesota. Indians began arriving in the state in the early 1900s. Among the first arrivals was Hira Singh, the first Indian student to enroll in the University of Minnesota’s engineering program, in 1905.

Momaya, who will speak at the event, knows too well of the plight of Indian immigrants. Her parents were among the first waves of Indians who arrived in the U.S. in the 1960s, settling in Illinois.

On Saturday, she’ll discuss the main themes of the exhibit and “explore the complexities, consequences and contemporary relevance of curating exhibits on race and immigration in America today.”

The event will also feature music and Indian dance performance by local artists, who will demonstrate the various dance traditions and classical music that put India on the world map. 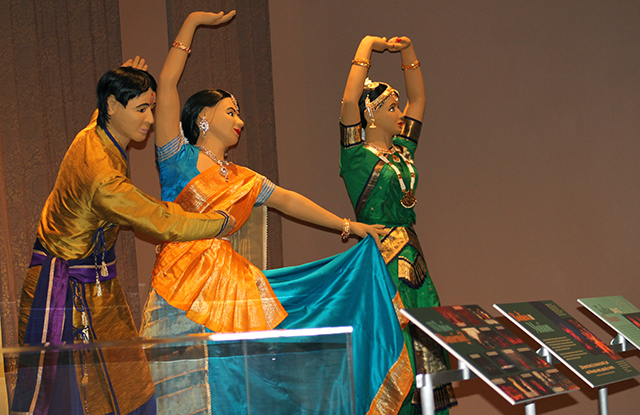 The history and experiences that “Beyond Bollywood” displays, Momaya said, will help the general American public, second-generation Indians as wells as educators and students find a deeper understanding of the community.

“The whole point of this was really an invitation to have people share their own stories, either with the museum or with each other,” Momaya said. “We’ve seen that one of the main things that it sparks is conversations about what it was like to come here as an immigrant, how it was to build a home, raise a family, put down roots.”

She added: “That’s something that we don’t often talk about within our families and our communities. So we’re hoping that this exhibition is really an invitation to do more of that.”

The exhibit will be on display through July 10.