For many Muslims in Minnesota, one thing seems to have become the new normal in America: criticizing Islam whenever terrorists strike.

But in this presidential election season, it isn’t just faceless commenters on social media that have unleashed such criticisms; it now comes from some of the candidates themselves.

The latest example is from Sen. Ted Cruz, who, in the wake of the terrorist attacks in Brussels, advocated the need to “patrol and secure Muslim neighborhoods” throughout the country.

It wasn’t the first time a presidential candidate uttered such a remark, of course. Several months ago, when another ISIS attack killed scores of people in Paris, Donald Trump called for barring all Muslims from entering the United States.

Community advocates say such comments have triggered growing resentment toward Muslims in America — including the nearly 150,000 who live in Minnesota, a group that includes Americans with centuries-old roots in the country as well as immigrant children and their foreign-born parents.

To understand what it’s like to be a Muslim in Minnesota after a terrorist strike, MinnPost spoke with various people in the community, asking them to speak at length about their thoughts and emotions following such incidents. The following is a transcript of their remarks, lightly edited for length and clarity.

‘The American people are much smarter than that’

Zafar Siddiqui is the founder and director of interfaith and civil relations for the Islamic Resource Group, which educates communities in big cities and small towns across Minnesota about the religion.

“Whenever any kind of terrorism happens anywhere in the world, as a Muslim, I feel very sad. Islam teaches that even if one innocent life is taken, it’s like the lives of all humans are taken.”

“So, irrespective of whether they’re Muslims or non-Muslims, as a human being, I feel sad for anybody who’s killed. But I feel even sadder if so-called Muslim groups have been involved in hurting innocent people.” 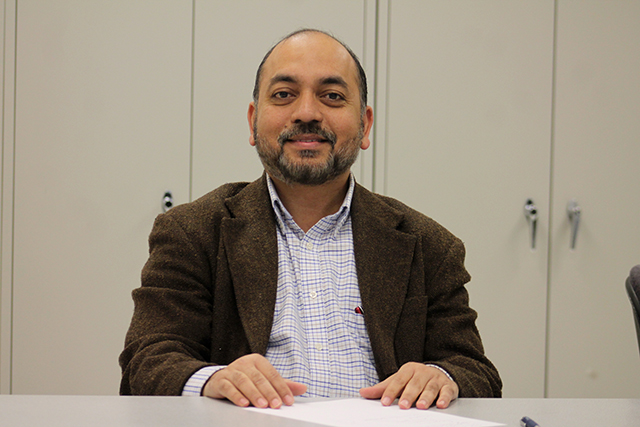 MinnPost photo by Ibrahim Hirsi
Zafar Siddiqui: “Muslims don’t expect Christians to condemn violence that happens in the name of Christianity anywhere in the world.”

“At the same time, though, what I don’t agree with people on is the expectations from non-Muslim communities that Muslims must condemn anything that happens anywhere in the world. Muslims don’t expect Christians to condemn violence that happens in the name of Christianity anywhere in the world. We know better that those are not the teachings of Christianity, and Christianity doesn’t espouse or endorse terrorism. But the same courtesy is not extended to Muslims.”

“I feel that this noxious atmosphere that is being created by some presidential candidates won’t last. The American people are much smarter than that, and they’ll see through these gimmicks.”

“I do see a bright future for the American Muslim community if they keep working toward doing good, benefitting the community around them and also educating people around them about who they really are — and take the discourse away from the extremists.”

Fedwa Wazwaz is a longtime blogger and founder of Engage Minnesota, a website focused on covering the Muslim community in Minnesota.

“The one thing that worries me is that my daughter is now being asked to explain ISIS. I didn’t think that my daughter would grow up having to explain something like ISIS. And she’s coming back to me in the morning [to ask], ‘Who is ISIS?’ And we have to keep telling her, ‘No, no, no. That’s not you for you to explain.'”

“We are asking Muslim students, who are probably starting high school or even elementary school, to explain these actions. What if they go on to the Internet and start looking at those videos? What if … they start to feel a sense of empathy or are impressed by those videos that they see on the Internet?”

“So, I have to watch my daughter and say to her, ‘Don’t go over there because I’ll explain those questions to you.'” 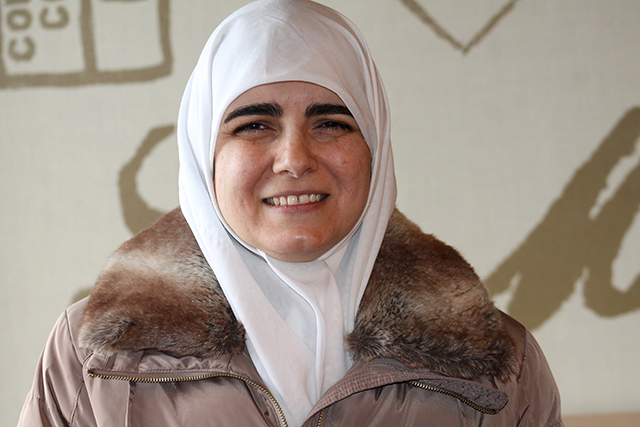 MinnPost photo by Ibrahim Hirsi
Fedwa Wazwaz: “What if some families don’t sit down with their kids and explain, and they go on the Internet and they start to look up, ‘Who is ISIS?’ That concerns me.”

“[But] what if some families don’t sit down with their kids and explain, and they go on the Internet and they start to look up, ‘Who is ISIS?’ That concerns me. That worries me a lot.”

“I’m afraid of the next terrorist attack because if it does happen, it’s going to hit me and you. If you look at the ones that did take place … there were Muslim victims. The majority of ISIS victims are Muslims.”

“We’re constantly explaining the bad Muslims to people. What I’m trying to do … is to say we’re a human community. Just like all communities, there are in our community people who do good and people who do bad. We’re human beings.”

Mohammad Zafar, a former U.S. Marine who was born in Pakistan, was given one of the 25 Veterans’ Voices Awards by Gov. Mark Dayton in 2013 for making a difference in Minnesota. Now a community psychologist, he was in Turkey when ISIS bombed the country’s capital of Ankara, killing at least 34 people.

“As a U.S. Marine — my brother is [also] a former U.S. Marine — we served this country. We wrote a blank check. We got out with honorable discharge. I don’t expect a thank-you or gratitude of any kind. All I expect is to treat me and other fellow Muslims as equal. We’re the same as everyone else. When these attacks happen, we have no clue as you don’t have a clue. As such, we need to look at this as a collective body, as what we can do to prevent such things.”

“In four years of active duty, I felt really good as a Marine because I was taken care of as a Muslim. We had kosher, halal meat. We were given all our privileges, and we were given our rights as Muslims. Therefore, when we did what we did in the Marine Corps, we served 100 percent because … we felt part of the team.” 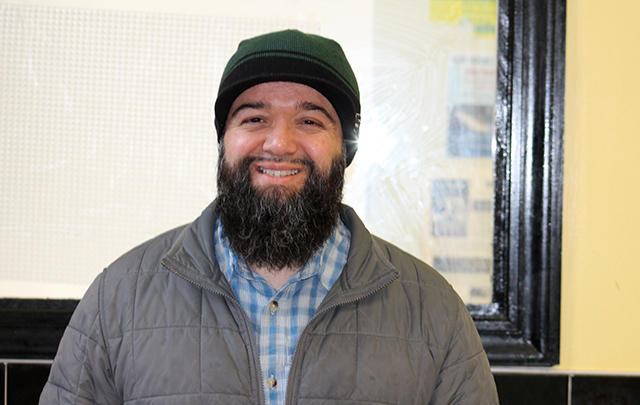 MinnPost photo by Ibrahim Hirsi
Mohammad Zafar: “When we did what we did in the Marine Corps, we served 100 percent because … we felt part of the team.”

“Those are things I’ve never really felt after leaving the Marine Corps, and it’s sad that society needs to be reminded of that.”

“This is a bigger picture: If we’re going to divide Americans — based on Muslims versus others — we’re just falling into their trap. This is not the right way of doing things. We’re completely embedded in the fabric of this society as Muslims. We’re not here to disrupt anything. We’re here to build a society.”

‘This is my country’

Saciido Shaie is the founder and director of Ummah Project, a Twin Cities-based interfaith group of activists “committed to the public ideals of unity and community, social and economic justice and peace at home and abroad.”

“A lot of people call me when anything happens. They say, ‘We are sorry about what happened. You also get social media [messages] saying, ‘Hey, you are terrorist. Go back to your country.’ But the first thing that comes to my mind is, ‘Hey, I’m already home. This is my country, regardless of what you say.'” 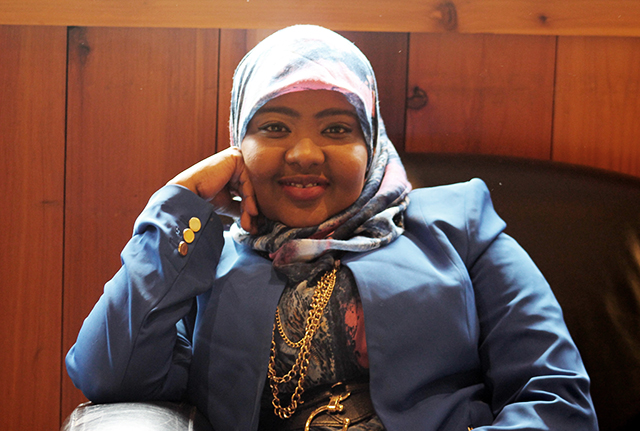 MinnPost photo by Ibrahim Hirsi
Saciido Shaie: “You also get social media [messages] saying, ‘Hey, you are terrorist. Go back to your country.’ But the first thing that comes to my mind is, ‘Hey, I’m already home. This is my country, regardless of what you say.'”

“I don’t have to worry about what someone else did, but at the same time, there’s no way I can exclude myself from what’s happening because that person looked like me or dressed like me. It’s not my responsibility to worry about that; still, it affects me in so many different ways.”

“There are people who are misusing my religion: groups like ISIS and al Shabab. But the reality is, it has nothing to do with Islam. It’s a man-made ideology. We, as Muslims, need to change that mindset.”

‘We’re seen as an asset to the community’

Makram El-Amin is the imam of Masjid An-Nur mosque in North Minneapolis, which was established in 1990.

“We’re alarmed and disturbed by these kinds of actions … and senseless violence. People are losing their lives for no reason. And those emotions are further compounded when those actions are attributed to Islam, our faith that we know to be a source of peace. So it becomes a very troubling incident for many Muslims.”

“We enjoy good relationships with our community [in north Minneapolis]. Most often, we would get a letter, a note or a call of support when things like this are occurring.” 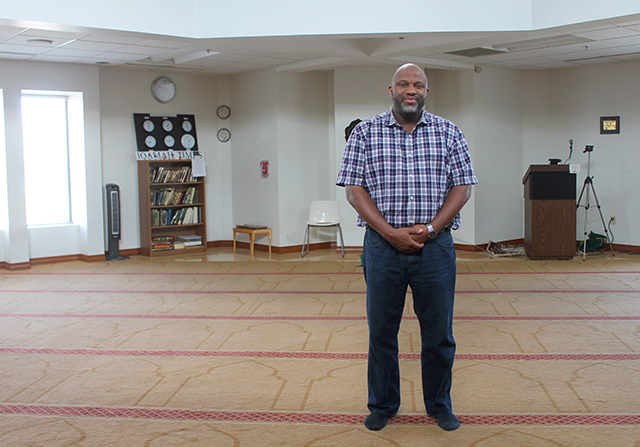 MinnPost photo by Ibrahim Hirsi
Makram El-Amin: “Most people that we encountered locally can discern between these sources of actions and the true Muslim identity.”

“On an occasion or two, we get anonymous letters or some long voicemail condemning Islam and those sorts of things — but that hasn’t been frequent for us. Most people that we encountered locally can discern between these sources of actions and the true Muslim identity.”

“Here at the mosque, we have a food service program. We feed a lot of the needy people in the community — and the vast majority of them … are not Muslims. So, they come to the mosque, they get groceries or a hot meal, their children are fed.”

“We’re seen as an asset to the community, as a trusted source in the community, not as the other. It’s really important that a lot of mosques get involved in the practical day-to-day realities of people’s lives. And the more we can do that, the more they can distinguish between things that are happening and the common person within Islam.”