The teenage experience can be an emotional roller coaster for many young people navigating through complex life choices as they transition to adulthood and establish an identity.

But for many American-born teens with immigrant parents, the challenges are even more pronounced in their day-to-day experiences, as their parents tend to reinforce lifestyle and religious practices that are foreign to their children.

That pressure often invites a cultural clash between parents and their teens — many of them feeling torn between two very different worlds: a conservative Muslim community and a secular American society.

For years, emerging Somali-American visual storytellers Muna Malik and Khadija Charif have been taking notes on how their friends have dealt with identity issues and the struggle of living at home in one culture, while attending school in a completely different culture.

The pair eventually turned their notes into two photography projects exploring one story: the experience of Minnesota teenagers and their struggle to balance different cultures. The joint exhibition will open Wednesday afternoon at the University of Minnesota's Humphrey School of Public Affairs.

Malik, born in Yemen and raised in Minneapolis, created “Behind Both Fences,” a project featuring four Somali-American and Sudanese teens who came of age in the Twin Cities.

Charif’s “Jaded Youth” exhibit features four local Somali-American and Ethiopian college students to shed light — as Charif noted — on “the beauty of what it means to be an immigrant, although it’s jaded and it’s hard trying to balance both our cultural life with our life here.”

Malik’s “Behind Both Fences” has a nuanced and profound representation, which comments on the experiences of immigrants in the United States — and other parts of the world.

“The fences represent the physical barriers of being an immigrant and how a lot of the times you have to cross all these metaphorical or physical fences in order to be a part of whichever nation you live in,” she said. “At the same time there are mental fences, mental barriers that you’re creating for yourself.” 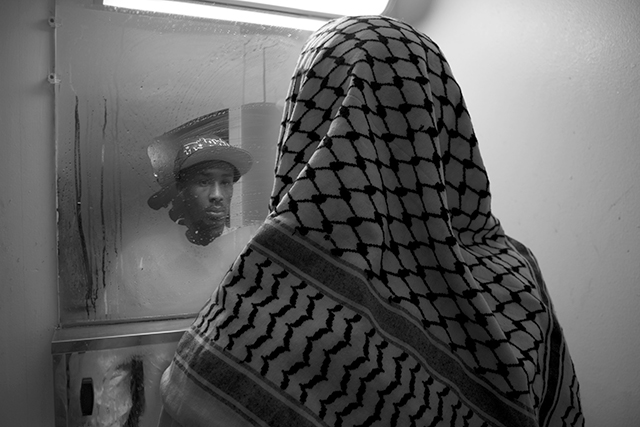 Courtesy of Muna Malik
Muna Malik: “A lot of the kids that I interviewed and photographed are going through an identity crisis, but also trying to figure out how to blend their cultures.”

The University of Minnesota neuroscience and psychology senior also noted that many immigrants chose to stay on one side of the fence, while others occupy the other. In other words, some want to remain true to their inherited culture and religion; others submit themselves to the American culture, leaving their own values behind.

However, Malik noted that many second-generation East African teens want to embrace the two cultures without sacrificing one for another.

These teens, however, are facing intense pressure from a society that often puts them in a box with one ethnic group or another. “Identity is one of those things that you don’t always have control over,” Malik noted. “These teens don’t necessarily have control over how others view them.”

Teen Muslims in the U.S. are becoming increasingly conscious of what they wear and how they wear their clothes, said Malik, who features a boy in two different dressing styles: One day, he’s dressed in a robe with a turban on his head for Friday prayers; the other day, he’s wearing jeans and a snapback hat.

His Muslim community views him differently based on his clothing: On his way to the mosque on Friday, for example, he receives positive comments “like this kid that has got everything working for him,” Malik explained. On the day he wears the hat, he receives long stares.

That’s because, generally, the way people dress makes a statement about their characters in the tight-knit community. For example, women who don’t wear the headscarf are seen as if they have abandoned their religion and culture — and are often disparaged, especially by the older generation. The same goes for men wearing hats and shorts, clothes that are often seen as being related to gangs and drug dealers.

But for thousands of American Muslim youngsters, these unwritten rules are completely irrelevant. Instead, they’re turning to Hollywood celebrities and street fashion for the latest design trends, outfit ideas and hairstyles.

“A lot of the kids that I interviewed and photographed are going through an identity crisis, but also trying to figure out how to blend their cultures,” said Malik. “It’s about Muslim teenagers in a country that has a lot of clashing values.”

Charif, the creator of the “Jaded Youth” project, isn’t a stranger to the plight of the teenage experiences she documents today. Born in Kenya, Charif lived in Belgium as an immigrant for nine years before she relocated to the United States in 2005.

The story of these teens is also her story. At some point in her life, Charif struggled with identity and longed for acceptance. So the idea to pursue the project came to her after witnessing many Somali-American teens who also struggled to find acceptance in both cultures. 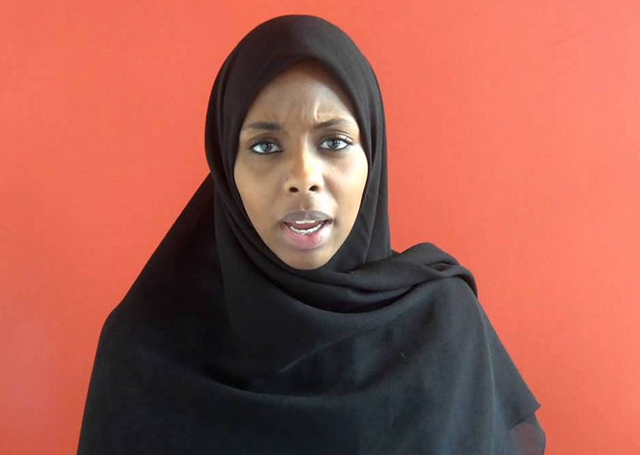 One of the teens Charif features in the project is Zaiban Mohamed, a U.S.-born girl who faced difficulties keeping her Somali and American cultures intact.

“Her story is amazing,” Charif said of Mohamed. “She finally learned the Somali culture and found a way to bring awareness to other people who are not Somalis to understand what it’s like to be a Somali in the U.S.”

Malik and Charif hope the project will spark conversations about identity and bridge the gap between first-generation immigrants and their American children.

Malik noted that in her research for the project, she found that teens want to maintain their language and culture, while also adopting the American lifestyle. But in some cases, she added, that adoption means losing a part of their traditional culture.

And that’s where the conflict begins to brew.

“For my parents, me adopting means that I’m taking away part of me,” Malik said. “And for everyone else, it’s immigrants coming here, and they get used to the culture and they adopt it and that’s how you become an American — by losing a part of you, by blending into the culture.”

She added: “I think that’s hard for different generations. The older generation always feels that [adoption] is a negative thing. But I’m finding that teens are finding a way to make both of them work.”

Both Malik and Charif, who use photography for social change, said the goal of their art is partly to raise awareness and create connections across generational differences and language barriers.

That gap exists not only between the older and younger generations of Muslim immigrants, but also between traditional Americans and new immigrants from Africa, Asia, Latin America and other parts of the world.

“I think the photographs are going to shed light a little bit more on being human and like the human experience regardless of where you’re from,” Malik noted. “I want to get rid of those barriers that people place between them and show experience more than anything.”

Charif hopes her “Jaded Youth” project will combat misconceptions between the older and younger generations of immigrants and will spark conversations among them.

“What I want to highlight is that the older generation is not trying to accept the differences,” she said. “I want them to realize that we cannot thrive without understanding our differences. We should all stick together hand in hand … so we can thrive.”