When Louis Porter II isn’t advising the governor and the legislature on issues confronting black Minnesotans, his mind is set on one task: uniting all Minnesotans of African descent.

As executive director of the Council for Minnesotans of African Heritage (CMAH), Porter’s first step to that goal is to find ways he can create a consistent collaboration between organizations and agencies serving African and African-American communities — a move he believes would lead both communities to more positive economic and social outcomes.

That’s why he helped establish the United Black Legislative Agenda (UBLA), a coalition of more than 20 organizations that joined forces in response to the widening racial, economic and education disparities among black Minnesotans.

During the group’s launch at the State Capitol last week, UBLA leaders urged lawmakers to pass legislation in the coming weeks that will help address the economic disparities and eliminate racial bias in the criminal justice system.

For Porter, witnessing black leaders — who have rarely seen eye to eye on anything — unite under one umbrella was as important as the goal of securing funding for their communities.

“I was very proud to be a part of that effort,” said Porter, who was hired last November to lead the CMAH. “And I really feel that the unified effort is going to give us strength because each of the organizations brings a different strength set to the table.”

What the Council does

The Minnesota Legislature created the council more than 30 years ago to serve as a liaison between members of the black community and the state government — while also connecting black residents to social service and economic resources.

With the legislative session underway, the council is working closely with UBLA leaders to help pass several bills that would ban private prisons, reform criminal justice and address economic disparities.

The council advises the governor and the legislature on issues facing black communities and works with the executive department and legislators on implementing government projects. 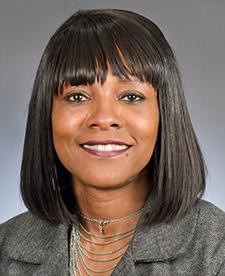 He added: “We do that through surveys, through public forums, through reaching out to the community. So, we want to make certain that our legislators [have] as much information … as possible when they go forth to make decisions.”

Rep. Rena Moran, who’s serving on the council’s board, added that the CMAH also exists to inform and educate communities of African heritage about the state’s political process.

“It plays a really vital role in educating our community … about how state government impacts them locally,” Moran said. “There are people who don’t always know how to navigate the system, who don’t always trust the system. So, the council helps those people see themselves as part of the solution.”

What’s in a name change

When it was first formed, the CMAH was known as the Council on Black Minnesotans — until last spring when a new state law changed it to the Council for Minnesotans of African Heritage.

The name change was partly meant to reflect on the tens of thousands of new immigrants from Africa in the state. According to a 2014 report by the council, 316,000 blacks live in Minnesota, with 24 percent being foreign-born blacks.

Most of these immigrants began streaming into Minnesota about 25 years ago as a result of conflicts that sporadically erupted in Africa in the early 1990s. Many of the immigrants come from Somalia, Ethiopia and Liberia.

Today, Porter and his council are working to bring together these very different black communities — and to represent their common challenges at the legislature. 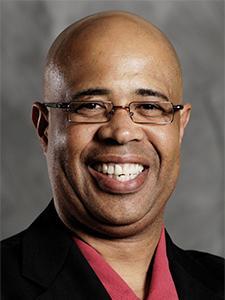 Those challenges include obtaining employment, buying homes and owning and maintaining businesses. In one study after another — including the Met Council report released on Tuesday — researchers have found that black communities are faring much worse than whites on economic, educational and other measures.

“This leads you to believe that there’s something going on in the system … that skin color actually matters with regards to that,” said Met Council Member Gary Cunningham during a phone conference on Tuesday. “Race is a factor … that creates differential outcomes for persons of color, particularly for African-Americans.”

Whatever the case, leaders of the council say they’re optimistic about the future of Minnesotans of African descent. Through the council, they hope to make a difference in those disparities.

Moran noted: “The council is taking a leadership role in bridging that gap and bringing the African and African-American community’s different organizations together.”

When Porter was working on organizing UBLA’s first event last week, he said it wasn’t easy to bring together the leaders who included representatives of more than 20 African and African-American organizations.

“It took a lot of meeting and a lot of talking and a lot of work to come together because obviously people have differences of opinions and things to work through,” said Porter, a Louisiana native who moved to the Twin Cities 30 years ago to work for the Pioneer Press as a reporter. “One of the things that we had to work through were some different ways of viewing things.”

The lack of integration of black immigrants and African-Americans is fueled by the language and cultural differences between the two groups, noted Suzanne Madison, who serves the council as treasurer.

“Our histories are different,” Madison said. “Immigrants came here because they saw an opportunity, they wanted to come. African-Americans didn’t have that option. So, the history of slavery and being brought here is something that has influenced and affected our communities and our families from 200 years ago.” 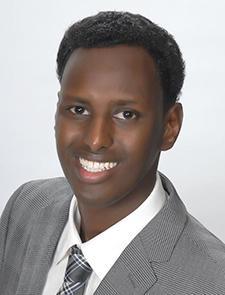 The disconnect between the two groups was pronounced in a recent Somali community assessment by TAYO Consulting Group, a Minneapolis-based firm that provides counseling in human development and poverty solutions.

Hamse Warfa, founder and head of the firm, said the assessment asked, in part, Somalis in Minneapolis about whom they associate with most outside their community.  The majority of them said they “never or hardly every” associate with African-Americans, he said.

As both communities evolve, though, leaders say they see the groups are starting to realize the importance of finding a common ground to unite and work together.

“When we talk about the common history and the shared culture,” Porter noted, “we realize that we truly have so much more in common than what separates us.”

Madison added that’s the reason the council is working to bring together the black communities — and reaching out to other councils of color who also share similar social and economic struggles with blacks.

Those councils that provide similar services to other communities of color include the Minnesota Council on Latino Affairs, the Council on Asian Pacific Minnesotans and the Minnesota Indian Affairs Council.

“These heightened tensions that we have now — the Islamophobia, the contentious issues of immigration, the shootings of blacks by officers — are creating almost kind of a wake-up to tackle those challenges,” Warfa said.