On a recent Friday morning, Kadar Ibrahim walked into the learning center inside Minneapolis’s Franklin Library, huddled over a computer and covered his ears with headphones as he began to listen to study guides for the U.S. citizenship test.

Ibrahim, a refugee from Somalia who came to the United States five years ago, plans to file his citizenship application in June. “I study at least six hours a week,” he said of the required English and civics test that immigrants are required to pass to become Americans. “It is not easy, but I have to do it.”

Beyond the test, there’s another challenge standing between Ibrahim and his citizenship dream: the $680 he must pay in application and fingerprint fees. “I have two [part-time] jobs: one that pays $9 per hour, and another that pays $11 per hour,” said Ibrahim, who works as a home care provider in Minneapolis and a bakery in Chanhassen. “I am raising two kids, paying rent and other bills.”

Though there’s a federal government waiver for immigrants who demonstrate that they are unable to pay the fee, Ibrahim isn’t eligible: His annual income exceeds the limit of the federal poverty guidelines.

With just a couple days left in the 2016 legislative session, Ibrahim remains hopeful that lawmakers will consider a proposed citizenship credit bill, which would provide a refundable income tax credit for people like him. The bill is part of a legislative package — the Minnesota New American Integration Act — that was co-authored by Rep. Carlos Mariani and Sen. Patricia-Torres Ray.

Ibrahim’s hopes aren’t likely to be realized. The bills in the package — which would offer immigrants (including undocumented ones) access to higher education, homestead tax credits and business assistance — have little chance of passing before the session adjourns next week.

Yet whatever the status of the legislation — and the authors of the bills vow to keep re-introducing it until they pass it — the package already accomplishes one thing, offering a clear outline of priorities for new American communities in Minnesota, policies that supporters say could elevate the economic and educational outcomes for foreign-born Minnesotans and their American children.

“The immigrant communities have the potential and the opportunities to play a big role in the shortfall that we’ve got in terms of the worker shortage,” Mariani noted. “It’s morally correct; it’s pragmatically, economically smart for us to do it.”

Shifting how Minnesota thinks about immigrants

Today, immigrants make up 7.4 percent of the state’s population, a figure that has tripled since 1990. Members of these communities — particularly those who are in the country illegally — are economically excluded and socially marginalized, Mariani explained. “We can come up with a technical fix as well as the need to shift how Minnesotans think about immigrant communities,” he said.

One way to do that, said Mariani, is the proposed Immigration Integration Task Force, which would evaluate state laws and rules that “negatively affect immigrants” in Minnesota. The task force would have five members appointed by the governor to represent various immigrant communities, as well as two members of the House and two senators. 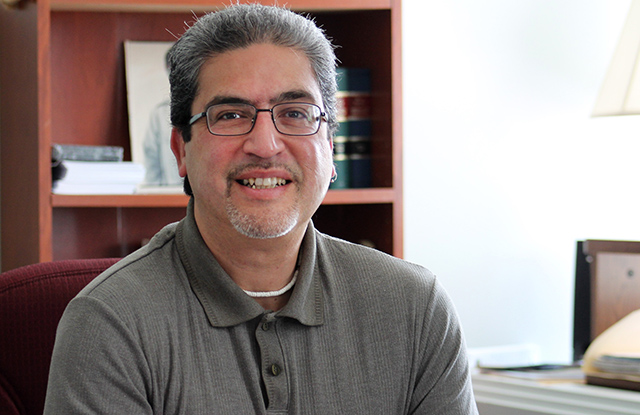 “It’s important for us to do a comprehensive review of Minnesota rules and laws and bring together a group of people to do that in a good-guided, professionally-done way,” Mariani said. These members then would bring back a set of recommendations to the legislature about statutory changes.

Citizenship as a ‘prosperity agenda’

Yet another bill is the one Kadar Ibrahim is rooting for, the Naturalization Tax Credit, which would allow immigrant taxpayers who pay U.S. citizenship application fees to receive a tax refund from the state.

Mariani, who co-authored the law with Rep. Karen Clark, explained that the bill would encourage more and more immigrants — who often delay the naturalization process because they can’t afford the application fees — to seek U.S. citizenship, a path that would lead them to fully participate in civic life.

“There are tremendous upsides to becoming a citizen,” he said. “It’s a great stabilizer. It’s a great prosperity agenda — and we’re doing anything we can to be able to quickly help folks get there.”

That’s the case for Ibrahim. “If I become a citizen, I can easily qualify for government jobs,” he said. “Right now, I can’t apply for those jobs, I can’t vote, I can’t travel whenever I want.” 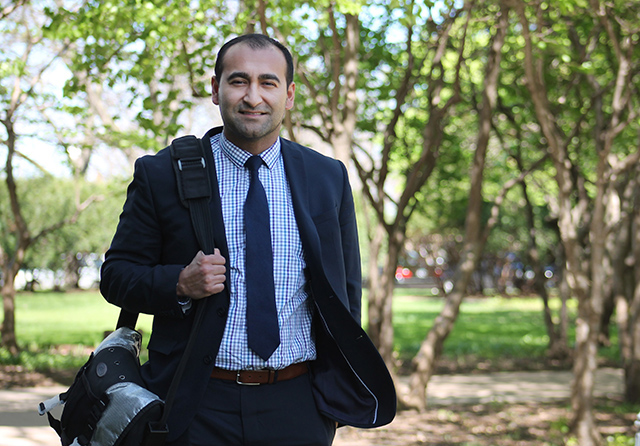 MinnPost photo by Ibrahim Hirsi
Minnesota Council on Latino Affairs Executive Director Henry Jiménez: “When you look at Latinos, a quarter of them are living under poverty and another third of them are close to living in poverty.”

Henry Jiménez, executive director for the Minnesota Council on Latino Affairs, added that the law would be especially beneficial for larger immigrant households who qualify to become citizens. “Imagine if there was a family of three or four,” he said. “Now you’re talking about a couple of thousand dollars in just application fees — and this doesn’t include the potential of going through legal services to get the paperwork ready.”

“When you look at Latinos, a quarter of them are living under poverty and another third of them are close to living in poverty,” he continued. “I don’t think a couple of thousand dollars for application fees is the first thing they think about [spending].”