Abdissa Loke is tired of being mistaken for Somali.

Loke and thousands of other Oromo people in Minnesota are often lumped into the same group as people from Somalia, despite coming from a different country, speaking a different language and having a different culture.

“In schools, hospitals, everywhere we go they define us as Somali,” Loke said. “We are the second largest immigrant population from [East] Africa, but they still don’t know us.”

Loke, who’s the executive director of the Oromo Cultural Institute of Minnesota (OCIM), plans to change that. With help from the Amherst H. Wilder Foundation and the West Bank Community Coalition, OCIM began conducting door-to-door surveys last week in the Cedar-Riverside neighborhood of Minneapolis. The goal is to find out just how many Oromo people are living there — and what kind of barriers they’re facing.

The groups hope the data collected will help bring higher visibility to Minnesota’s Oromo population and open up city and state funding. “When [Oromo] identity is misrepresented as Somali, we feel [invisible],” said Loke. “That includes funding.”

OCIM estimates up to 40,000 Oromo people are living in Minnesota, but the state demographer’s office puts that number closer to 8,500.

Minnesota State Demographer Susan Brower said that by comparing census data with public school enrollment data — which documents which languages students speak at home — they were able to distinguish Minnesota’s Oromo population from the state’s estimated 18,000 Ethiopian immigrants. Oromos make up one of three major ethnic groups who come from Ethiopia.

Still, that leaves Oromos as the second largest East African group living in Minnesota, behind Somalis.

Mohamed Mohamed, executive director of the West Bank Community Coalition (WBCC), said the survey should be able to provide data on just how many Oromos live in the Cedar-Riverside neighborhood. Around 45 percent of the neighborhood’s population is immigrants, Mohamed said, and most of them are East African.

But finding out just how many of those are Oromo will help neighborhood associations like his better strategize their community engagement efforts to get residents more involved with city government. “We’d like people to understand what’s happening on the city level,” he said. “Really take ownership of their role as a community member.”

WBCC donated $2,000 to fund the survey, with Wilder pitching in $6,500 to pay for operational costs and staffing.

“The Oromo people are an integral part of the Twin Cities community,” said Wilder Associate Researcher Ryan Evans. “And Wilder Foundation, as part of this community and doing research that highlights parts of this community, we thought it was important to do this work.” 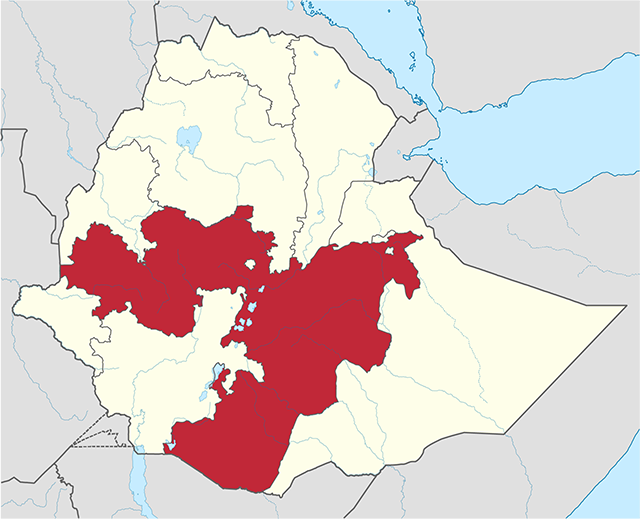 Mohamed said he’s excited to see this work get funding and that he hopes it’s just the start of the important task of documenting Oromo people and their culture throughout the state.

OCIM Board Chair Girma Hassan said once they have substantial data they plan to bring it to government officials with hopes of shedding light on struggles that specifically face Minnesota’s Oromo population, including funding that addresses their specific barriers.

“It’s very important for public servants to know the Oromos and the Oromo culture and the demographic of the Oromo people in the state of Minnesota,” Hassan said.

With the survey only beginning on May 9 and run by volunteer canvassers, Loke said, they’ve only managed to interview around 20 people so far — but they hope to have at least 100 completed by the end of the month.

The results so far point to some common challenges. “Number one is language barriers,” Loke said. “Especially in public services … in buildings where they live or in transportation.”

For example, he said, many Oromo people have trouble riding the light rail, since the information is posted in English and Somali, but not in Oromo.

The language barrier also poses potential threats during emergencies, he said, since police officers and other emergency personnel don’t speak Oromo — a major problem in Cedar-Riverside where there’s a large Oromo-speaking population. “When an emergency happens, there’s very limited communication,” he said.

Hassan said part of the problem is that funding the state appropriates to translation efforts mostly covers Somali language, even though Oromos don’t speak Somali.