Estefania Navarro fought back tears Thursday evening as she contemplated the consequences of a 4-4 Supreme Court decision that effectively blocked a federal immigration plan to shield millions of undocumented immigrants from deportation.

Navarro, who came to the United States at age 11, is currently documented under the Deferred Action for Childhood Arrivals, a law providing undocumented immigrants — who came to the country as children — with work permits and exemption from repatriation. But she’s concerned about the fate of her mother, an undocumented immigrant who’s lived in Minneapolis for more than a decade — without employment, driver’s license and health care. “This announcement means my mom could be deported any time,” said 22-year-old Navarro.

The same frustration echoed at Minneapolis’s El Colegio High School Thursday, where more than two dozen Hispanic immigrants assembled on Thursday, hours after the announcement of the deadlock spelled the death of President Obama’s executive order that would have protected more than 30,000 undocumented immigrants in Minnesota from deportation.

Emilia Gonzalez Avalos, executive director of NAVIGATE MN, which works to improve the lives of immigrant youth, was optimistic about the program before the news broke Thursday morning. An undocumented immigrant from Mexico, she believed the administration’s plan would prevail, which would allow her to go back to college, to access health care benefits, to secure a regular job and to live a normal life again.

“It would have been great to have a social security number and relief of deportation,” she noted, “not just plans for what happens with my children if someone knocks on my door.”

After years of frustration with the Republican-held Congress over immigration reform, President Obama issued an executive order in 2014.

Called Deferred Action for Parents of Americans and Lawful Permanent Residents, or DAPA, the order shielded parents of U.S. citizens or lawful residents and people who have lived in the country for five years or more from deportation. Likewise, those eligible would be able to obtain a three-year work permit and pay taxes.

But before it had taken root, several states sued to stop the plan, and it eventually ended up before the Supreme Court.

For people who were hoping for the chance to get legal status under the program, the decision means their status is effectively on hold for several months, if not into the next year, explained John Keller, executive director for the Immigration Law Center of Minnesota. “Legal action will continue. We’ve already seen emails from national law firms and partners of ours talking about strategy and organizing around strategy.”

He added: “But there is simply not enough time to get another case or even get this case back up to the Supreme Court under this administration.” 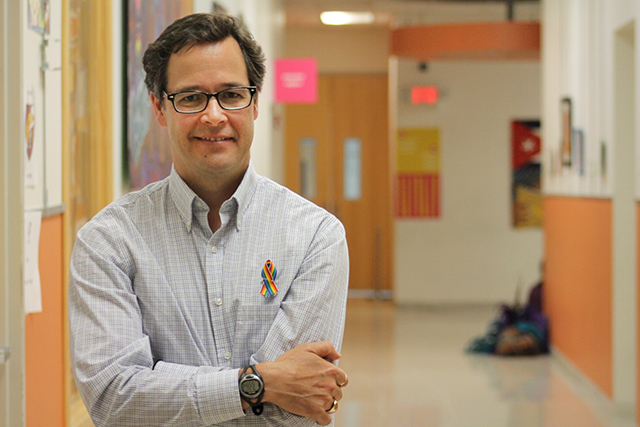 MinnPost photo by Ibrahim Hirsi
John Keller: “Legal action will continue. We’ve already seen emails from national law firms and partners of ours talking about strategy and organizing around strategy.”

With that said, even if the Supreme Court would have upheld the order on Thursday, Congress would have still needed to act, Keller noted. The ability for a president to enact a policy like DAPA is a temporary and a very tenuous protection for many people.

He added: “The ability to give a permanent status, to sort of say, ‘Here are some criteria. If you meet them, we will welcome you to the U.S.,’ Congress has to be the one that would do that.”

Despite the loss, immigration activists and DAPA supporters in Minnesota say they’re determined to keep organizing and trying new strategies to put young leaders with a deep understanding of immigration issue into public offices.

That was the reason Avalos, 35, co-founded NAVIGATE MN in 2007: To lead a new movement advocating immigration and education justice. “What I do is close to my heart,” she noted. “It reflects with my daily realities.”

Indeed, Avalos, who came to Minnesota from Mexico 23 years ago, has become a voice for the undocumented immigrant community in Minnesota. Her organization connects immigrant youngsters with resources and access to colleges. The organization also provides internships as well as leadership opportunities and professional development.

Avalos, a mother of two children, said the disappointment of the Thursday ruling is one that’s too familiar in the community. “We’ve been there before,” she said. “We were always told: too short of a vote, too short of a bill being in the house, too short of a lot of remedies that have been pushed back at the end.” 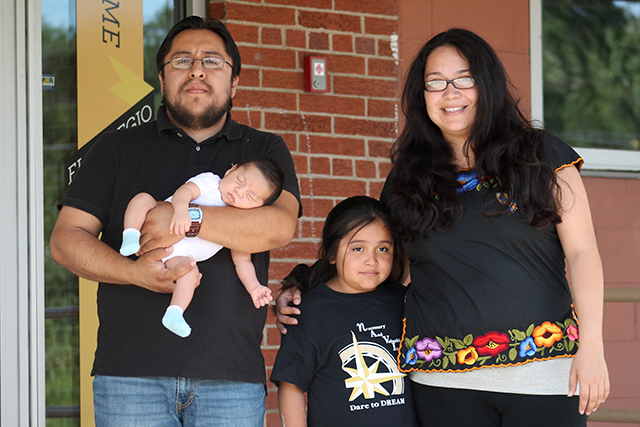 Avalos and her team plan to collaborate with other like-minded political and social groups to keep organizing to register people who are eligible to vote and to educate members of the community about their rights and responsibilities.

Estefania Navarro noted she’ll be on the forefront of the group’s activities so her mother — and the other undocumented immigrants like her — can “live with dignity.”

Having a legal document isn’t just about being saved from deportation, she said, adding that, “It would be that my mom would be able to find a job and that she would enjoy some of the benefits that I’m enjoying, such as having driver’s license and being able to work legally. To live here for 10 years with no health care benefit is a tough life to live. That’s the part that hurts me the most. To know that I have a safe place, but my mom doesn’t; that I’m safe from deportation, but my mom isn’t.”