On a recent Monday afternoon, Abdirahman Abo hopped into his new car and carefully snaked his way through the dense traffic near the intersection of Minneapolis’ Lake Street and Pillsbury Avenue.

The 29-year-old beamed as he watched young drivers aggressively squeeze into the packed parking lot of the nearby Karmel Square mall as others raced to find a spot on the street outside the mall.

The parking madness and traffic congestion at Karmel — the largest Somali shopping mall in the U.S. — is a familiar scene, especially during the final days of each Ramadan, when Muslim shoppers prepare for Eid al-Fitr, which celebrates the end of the fasting month.

Amid the chaos of horns and screams and the rush of drivers, one thing was hard to miss: the sheer number of one specific kind of automobile, the Toyota Camry. Indeed, Camrys seemed to appear wherever you looked — in the mall’s recently expanded parking lot, among the cars queued on street, even those circling the block.

“Look at that car, it’s a Camry,” said Abo as he slowly reversed his own dark blue 2015 Camry from a parking space near the mall. “Here is another one. That’s a Camry, too. That’s another one over there.”

Abo soon drove onto Pleasant Avenue, where a worn-out, gold 20-year-old Camry was parked. He owned that one too for many years before purchasing his current Camry earlier this year.  “I told you we’re crazy about Camry,” he said. “But they are nice cars.”

Like immigrants and refugees who arrived in the United States in earlier eras, members of Minnesota’s Somali-American community have tended to stick together to make the process of navigating America a little easier. They live in the same cities and neighborhoods. They send their kids to the same schools. And they patronize the same businesses, so much so that in recent years a trio of products and brands — Toyota Camry, T-Mobile and Wells Fargo — have become jokingly referred to as a litmus test for what it means to be a true Somali Minnesotan.

‘You won’t regret it’

To understand the enduring popularity of the Camry among Somalis, it helps to go back two decades, to before civil war erupted in Somalia. At the time, Toyota pickup trucks were among the most popular automobiles in the country, and the Japanese automaker remains the go-to brand throughout the continent.

The reason for that status is the same reason Toyotas tend to be among the best-selling cars in America: their reputation for affordability, durability and ease of maintenance.

When Somalis began streaming into Minnesota in the early 1990s, then, many also imported their esteem for Toyota — so much so that getting one of the automaker’s cars has become the ultimate dream for many Somalis who call the state home.

That was certainly Abdirahman Abo’s dream. Even so, before he bought his latest Camry, he sought out his friends and relatives to get a second opinion, as he does with every major decision he makes. He telephoned more than a dozen people, he recalled. They all had the same advice: “Get a Camry; you won’t regret it.”

So in February, he purchased his latest Camry. He is the fourth person in his family to have one.

He won’t be the last. His younger sister, Halima, told him recently that she plans to buy a Camry. Likewise, his brother-in-law plans to purchase the same model. “We like these cars because they save gas,” Abo noted, adding with laughter, “Also, you have to do what other Somalis do. They know what’s good for them.”

‘I didn’t even think of looking at a different company’

Even more than a car, a mobile phone has become an essential of modern life in the United States, and many Somali community members say their choice of carrier is based on factors not dissimilar to those that go into car-buying: cost, reliability and popularity.

Abdi Daisane, who’s running for a city council seat in St. Cloud, for example, said a lot of Somali-American people in Minnesota are attracted to the company because of its family plan, “because Somali families are usually large, I think T-Mobile is a better option for them.”

For Abduselan Mohammed, though, it was the company’s data plan. “I can watch Netflix and YouTube for free,” he said, before noting that all three of his roommates and all of his relatives are also on T-Mobile.

In fact, it’s almost impossible to pinpoint the reason T-Mobile became the defacto Somali cellphone service in Minnesota, though people have their theories. 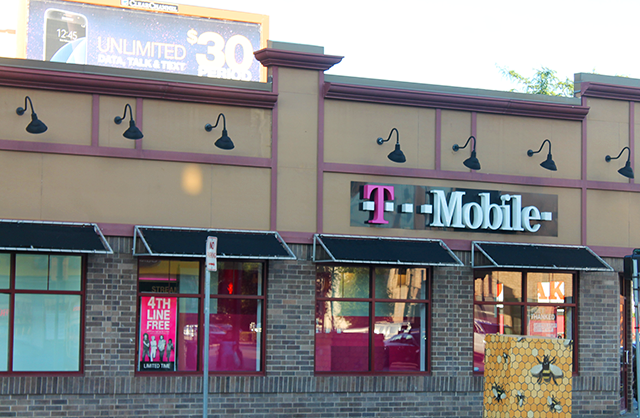 Some believe that the phenomenon dates to the early 2000s, when cellphones became ubiquitous in the community. At the time, T-Mobile offered a deal that included free phone calls and text messages between T-Mobile customers between 9 p.m. and 6 a.m. — a deal that allowed people in the community to talk to their loved ones and friends who were scattered throughout the country (provided everyone involved was a T-Mobile customer).

Others point to a slightly different explanation. They say it’s traditional for Somalis in the diaspora to closely follow the paths carved by their predecessors. Take, for example, how the Somalis ended up in Minnesota. As Ahmed Ismail Yusuf writes in “Somalis in Minnesota,” the first wave of the community arrived in the state in 1991 from San Diego, which then had the largest Somali population. But because of the high cost of living and unemployment they faced, several Somali men sought an opportunity to get meatpacking jobs in Marshall, Minnesota — opportunities that didn’t require impressive résumés, advanced English language skills or a driver’s license. When the men settled, they quickly spread the news to other Somalis, who soon arrived in waves in Willmar, Marshall, St. Cloud and other small towns in Iowa and Minnesota. Some years later, many transitioned to the Twin Cities, establishing businesses, schools and mosques.

Once a critical mass of people in the community decided upon T-Mobile, the thinking goes, thousands of other Somalis became loyal customers of the phone service company.

“Everybody in my family had phone plans with T-Mobile,” he said. “I didn’t even think of looking at a different company. I just went for it right after I came here.”

Just as they discovered T-Mobile, many Somali-Americans in Minnesota learned about Wells Fargo through word of mouth. But that word of mouth was probably the result of sheer pragmatism: The bank — which merged with Minnesota-based Norwest Corporation in 1998 — has myriad locations throughout Minneapolis, where Somalis are most concentrated.

One branch is located on Franklin and 26th Avenue in Minneapolis, for example, near the Seward Towers, which is home to a large number of Somali residents. Another branch is located between Blaisdell and Nicollet avenues a short distance from Karmel Square mall.

No doubt because of their large Somali customer base, the company is also known for hiring Somali employees. 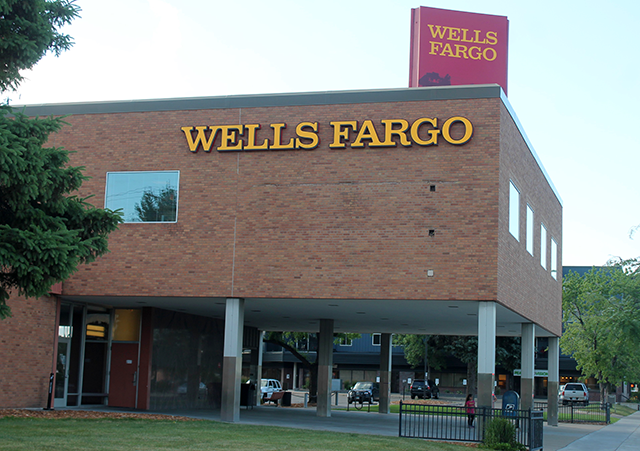 MinnPost photo by Ibrahim Hirsi
This Minneapolis Wells Fargo branch, located between Blaisdell and Nicollet, has one of the largest Somali-American employee and customer bases in Minnesota.

“Wells Fargo was one of the banks in Minnesota that first hired Somali staff,” said Khalid Mohamed, a Somali youth activist in Minneapolis. “Then more customers started going there because they can relate to it, people who look like them are working for them.”

Like many people who opened accounts with Wells Fargo, Mohamed and his sisters became customers of the bank because of their father. “Everybody goes to Wells Fargo; young or old, it was the thing to do back then, and it’s still” the case, he said.