Ilhan Omar’s historic win over Mohamud Noor and longtime Rep. Phyllis Kahn in the Minnesota District 60B primary race isn’t just being celebrated by the candidate, her campaign staff or her Minneapolis supporters. It’s triggered celebrations among Somali-Americans across the state — and around the world.

Omar, 33, emigrated from Somalia when the civil war broke out in the East African country in 1991. After four years in a refugee camp in Kenya, she arrived in the United States at age 12, eventually settling in Minnesota. Now, with her win in the DFL primary race in the heavily Democratic district, she is expected to become the first Somali-American in the U.S. elected to a state legislature.

Even before the primary results were known, however, thousands of Somali-Americans in Minnesota closely watched the contest from their homes in the St. Cloud, Rochester and Mankato and beyond.

When the polling stations opened Tuesday morning, the chatter on social media intensified, as did the speculation about election: Kahn might win because other candidates will split Somali votes. No, it could be Omar because she has supporters in both the Somali and student population in the district. No, no, it could actually be Noor because he has more Somali support and there won’t be enough student voters during the summer.

Then came Tuesday night, when election officials announced the winner: Omar, who earned 41 percent of the vote in the three-way contest.

In the general election, Omar will face Somali-American Republican Abdimalik Askar. If she wins, she will represent the University of Minnesota campus, Prospect Park, Cedar Riverside, Marcy-Holmes and Seward neighborhoods at the Capitol.

Yet whatever the geographic bounds of her district, it’s clear that thousands of Somali-Americans around the state will be paying close attention to her career. From his St. Cloud home, Mohamed Jama, founder and CEO of Xidig African TV — it lets users watch African television stations via the Internet — watched as Omar’s supporters erupted into jubilant cheers (and a few tears) at the Kalsan Restaurant in Minneapolis when the results were announced. 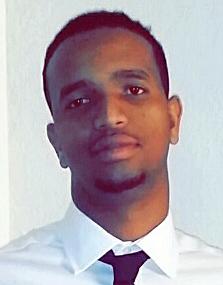 The day after Omar’s win, Jama said the District 60B results were the main topic of conversation for the Somali-Americans he ran into in St. Cloud.

“Everybody is still talking about it,” Jama said in a phone interview. “People are asking: ‘How did she beat someone who has been in the seat for more than 40 years?’ It’s really amazing.

In Mankato, Somali-Americans were also celebrating, said Salman Fiqy. When he left his community health job at Open Door Health Center on Wednesday, Fiqy said, he stopped by at a Somali store. There, he found himself with a group of other Somali-Americans celebrating the win with a pizza party. “The guy who actually threw the pizza party doesn’t know Ilhan,” he said. “But he was happy just to have somebody who shares culture with him.”

As in St. Cloud and Mankato, Omar’s victory was a hot topic in Rochester’s various Somali community hubs. “She’s paving the way for a lot of Somalis,” said Deq Ahmed, administrator and teacher at Rochester Math and Science Academy. “There are a lot of Somalis, especially our girls, who are very capable to succeed in politics, but always doubting themselves.” 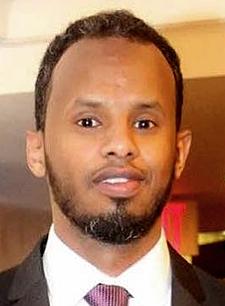 As election officials counted the votes on Tuesday evening, Ahmed and 40 other men waited at Kulmiye Coffee in Rochester. Some were Noor supporters; others were for Omar. “I was watching the TV like a lion hunting,” Ahmed noted. “I was very anxious.”

Said Ibrahim had a similar experience in Fargo. When Omar addressed the crowd in Minneapolis after her win was announced, Ibrahim was watching video clips and photos of the event shared on Facebook from his home in North Dakota. “Ilhan was crying in those photos,” he said. “I was about to cry as well.” 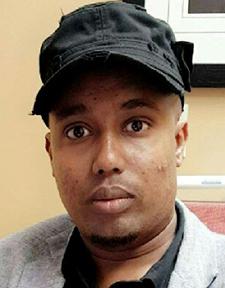 “She’s the first Somali female to run for a state representative,” he said of Omar. “This attracted the attention of many Somalis. It shows that Somalis can have influence in this country.”

Omar’s victory was also felt outside of the U.S., with Somalis in Africa, Europe, Australia and Canada following the race through social media and international Somali-speaking media.

Ibrahim noted that his childhood friends in Somalia, Pakistan, Holland and Finland knew all about the District 60B race and Omar’s win.

“It feels like Somalis outside of the U.S. were more excited about this particular election than those in United States,” said Ibrahim, adding that many Somalis overseas look up to those in the U.S. “They see them as role models,” he said.