The summer heat hasn’t stopped thousands of Minnesota voters from making trips to the polling stations ahead of the Aug. 9 primary elections.

Voters are now able to take advantage of a 2-year-old law that allows them to vote no-excuse absentee ballots. Prior to this law, voters had to meet several requirements — including being away from their precinct or being disabled or unable to go to the polling places on Election Day — in order to be able to vote through the absentee ballot process.

Voters no longer need to explain why they want to vote early, and the law has encouraged more and more constituents to cast absentee ballots in-person and by mail, according to election officials. Since June 24, when early voting opened in Minnesota, more than 95,500 people have cast their votes. Of those, more than 8,000 votes come from Hennepin County; 3,000 from Ramsey County, and nearly 1,400 from Anoka County.

The absentee voter numbers in Minneapolis are especially pronounced in the Cedar-Riverside and Seward neighborhoods, where a high-profile legislative race in District 60B involving incumbent DFL Rep. Phyllis Kahn and two challengers, Ilhan Omar and Mohamud Noor, is fueling voter turnout among East African immigrant community. As of last Wednesday, in fact, 2,557 ballots were cast in Minneapolis — with almost two-thirds of those ballots (1,649) coming from District 60B.

That dwarfs the early voting in other Minneapolis primaries: Fue Lee’s challenge to DFL incumbent Rep. Joe Mullery in district 59A had attracted just 96 absentee voters as of last week; in Senate District 62, where Mohamoud Hassan is taking on DFL Sen. Jeff Hayden, had just 191 absentee voters.

“A lot of the voters that are coming in-person right now are being brought by campaigns or volunteers who are working to mobilize the community specifically,” said Anissa Hollingshead, a communications and outreach manager with the city of Minneapolis.

In recent years, Seward and Cedar-Riverside — neighborhoods with a high concentration of East-African voters — have become a battle ground for candidates vying to represent the community, both at the city and state level.

Though the East-African voters in Minneapolis have been politically active since the mid-2000s, the community reached a milestone in 2013, when Somali-American candidate Abdi Warsame defeated incumbent Robert Lilligren in the Ward 6 city council race.

The following year, Mohamud Noor, another Somali-American, challenged longtime DFL Rep. Phyllis Kahn in the primary for her District 60B House seat, which he lost by less than 400 votes.

In the 2016 election, Noor and Kahn are facing each other again. But this time, another Somali-American candidate, Ilhan Omar, is also competing in the DFL primary, a contest that has divided the Somali community throughout the state.

If Noor or Omar is elected, they would be the first Somali-American legislator in the nation. That’s why both Noor’s and Omar’s campaign volunteers are engaging and encouraging voters to cast early absentee ballots.

Before the no-excuse law change in 2014, early voter turnout was so low that Minneapolis had only three election judges to assist with the absentee voting process. Their job responsibilities include registering voters, assisting them with applications and entering votes into the Statewide Voter Registration System.

Since the no-excuse law change, however, the city has increased the number of judges at the early absentee ballot stations. By 2014, the city had 10 judges, more than three times the total staff to help at the Minneapolis polling stations. 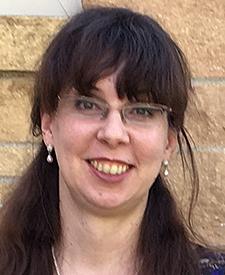 This year, that number has grown to 30 to help manage the current load of voters. Hollingshead said that the city also hired the employees “to ensure we are able to get adequate numbers of new staff trained and prepared for the general election when we will have no-excuse absentee voting in a presidential election for the first time.”

Some of the current staff election judges are bilingual, who speak in Somali, Oromo and Amharic — accommodating the East-African voters. “It’s just more relaxed environment for voters to cast their ballot before Election Day,” she added. “So, they have really taken advantage of that.”

Beyond the absentee balloting, the city is working to fill 2,000 staff election judge positions that pat $13.30 per hour. These employees will assist with the primary and general elections at its 132 polling stations. Full-time and part-time staff election judges are available.