For more than two decades, KaYing Yang has taken note of candidates showing up to Hmong-American events in various cities across Minnesota, pausing to smile for pictures with voters and asking for support.

But after the election storm passes each year, Yang usually doesn’t see those leaders again — whether they become legislators, city council members or school board officials. “They may have won our votes because they showed up to our community,” said Yang, a longtime social activist and former executive director of Southeast Asian Resource Action Center in Washington, D.C. “But we could not hold them accountable because we didn’t know how to engage them after elections.”

That’s about to change. In August, a group of Hmong-American women announced the creation of Maiv PAC (pronounced “my”), a nonpartisan political action committee formed to raise funds and endorse state-level candidates whose ideas align with the values of the Southeast Asian community.

“We want to be able to mobilize our community and say, ‘You can do more than just voting,’” Yang noted. “The civic engagement process is very broad and very deep. There are many places for the community to engage, and the PAC is one way to engage beyond organizing and voting for elected officials.”

For a year, Yang has been talking to other Hmong-American professionals in Minnesota about the importance of forming a PAC, one that would improve the lives of Hmong as well as other immigrants and communities of color, especially women and young girls.

In those meetings, Yang said, a few things stood out, not the least of which was the vital role that Hmong-American women have played in local and state politics over the past two decades. The first Hmong elected official in the United States, for example, was a Hmong-American woman who served on the St. Paul Board of Education, Choua Lee. Then there’s former Sen. Mee Moua, who in 2002 became the first Hmong-American legislator in the nation.

On top of that, Yang added, there are thousands of ordinary Hmong women who attend public meetings and are engaged in civic organizations throughout in Minnesota, which is home to more than 66,000 Hmong-American residents — making them one of the largest Hmong communities in the country.

From those meetings, about a dozen professional women came up with an idea to create the committee in hopes of elevating the political clout of Hmong-Americans and accentuating the growing influence of immigrant women in Minnesota.

ThaoMee Xiong, a co-founder of Maiv PAC, added that members of her community have already been donating “a lot of money” to individual candidates vying for seats in the state Legislature. “Those candidates are not going to feel like they’re accountable to individual members of the community,” she said. “So, we’re switching tactics a little bit by working collectively with other women to say, ‘We have the opportunity and the power to hold candidates accountable as a group.’”

The founding committee members include business owners, social activists, artists and stay-home mothers, and many have been active in the Hmong-American community for years, explained Yang and Xiong.

Since these women have already been organizing, leading campaigns, winning elections and participating in policy-making, said Xiong, the formation of the PAC just offers a way to coordinate the community’s scattered efforts “from the very beginning to the execution of legislation that benefits our communities.”

The goal of Maiv PAC is not to simply support Hmong candidates, but any candidate whose ideas align with the values of Hmong and other immigrant women. “Of course we want more Hmong politicians winning elections,” Yang said, “but I want to reiterate that we’re a nonpartisan PAC, and we want to support candidates who truly believe our values: economic development, prosperity, health and education.”

That includes any of the candidates vying for one of the 201 seats in the Minnesota Legislature — both the House and Senate members are up for election this year — regardless of their political affiliation, racial or ethnic background.

In the past couple of months, leaders of the PAC have been busy fundraising and connecting with candidates who represent districts with large concentrations of Hmong-Americans. They sent the candidates 100 questions to explore why they want the endorsement of the PAC and to determine how they will work on issues important to the Hmong community. 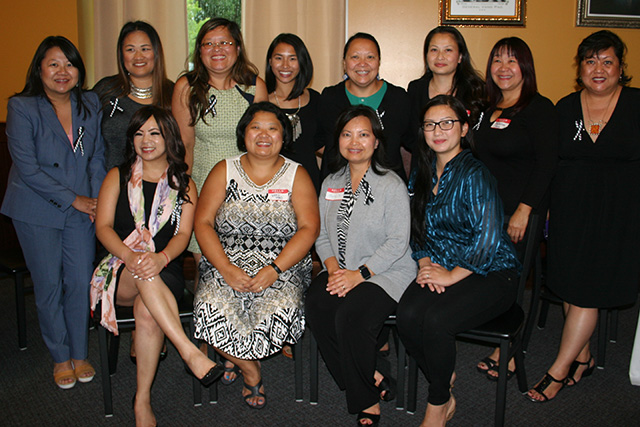 On October 5, Maiv PAC leaders will announce the candidates for the state Legislature they’re endorsing. One of those hoping to get their support is Fue Lee, the DFL candidate in House District 59A. “Going forward, I do want to work with Maiv PAC and everyone else to really [represent them] over at the state Capitol if I get the opportunity to serve,” Lee told Hmong TV News at Maiv PAC’s launch event in August.

“The leadership time for Hmong women is now,” said Rep. Sheldon Johnson of District 67B, at the launch event. “I think there’s an interest and welcoming of those folks getting into the political process and showing their power.”

‘When women do well, communities do well’

Though Maiv PAC has received support from elected officials and members of the Hmong-American community across the nation, founders admit that some people have criticized the group for not having any men on board. “There are some pockets in the community that question why there is only women,” Yang said. “What they don’t understand is that when women do well, communities do well.”

She added: “There’s no intention to divide the genders or to support more women and not men. But we just want to focus on women because it’s empowering when women get together and speak in the same language.” 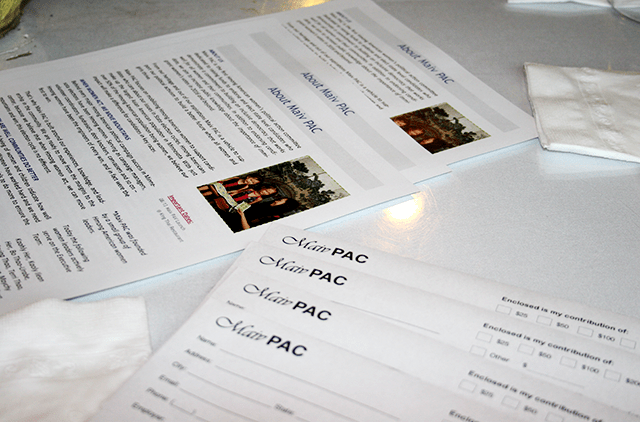 That’s why the PAC is working with women to help them understand the decision-making process and to show how they can advocate to change policies in a positive way that will impact their lives.

“It might seem and feel like it’s taken a little bit slower and longer to establish this PAC,” Xiong said. “But I think it’s the natural progression of our own political and racial identity.”