Pa Eh Soe was a little girl when her family left a refugee camp in Thailand for the United States, and she had to leave her best friend behind. But Soe, now a high school student in St. Paul, never forgot her friend, and a brief story about the bond they shared is now part of the archives at the University of Minnesota.

A short video Soe created, titled “People Change, but Memories Don’t Change,” is part of Immigrant Stories, a program at the university’s Immigration History Research Center that captures brief biographical sketches of immigrant life. So far, more than 200 of the three- to five-minute digital stories have been created and archived at the IHRC.

With the help of a $320,000 grant from the National Endowment for the Humanities, Immigrant Stories will soon expand to several other regions of the country as the IHRC seeks to broaden its collection. 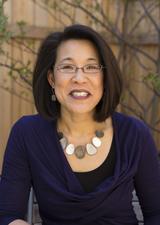 “We felt there was a lack of human stories of immigrants and refugees themselves – told in their own words – so we wanted to figure out how to help new communities tell their stories and also preserve them for future generations,” said Erika Lee, the director of the center.

The program, launched in 2013, uses digital tools to help people record their stories – whether they are recent immigrants or refugees from Latin America or Asia or the descendants of European immigrants. The stories – largely collected, to date, in classrooms or at IHRC workshops – relate personal experiences, told through video clips, still photos and other images, with music and narration in the background.

The idea is to capture a slice of the immigrant experience through the eyes of individuals – unfiltered by scholars or journalists.

“We wanted to avoid the older trap of researchers going into a community with a clipboard and a list of questions, as if they were the experts, and dictating what gets preserved,” Lee explained. “We wanted to leave it open for folks to tell whatever story they want to share.”

Later this month, the IHRC plans to launch a streamlined storytelling web link that people can use to create stories on their personal computers or mobile devices. The center will also lead workshops on story collection in five other locations, including in October at the Angel Island Immigration Station Foundation in San Francisco and the Immigrant Welcome Center in Indianapolis.

The stories that have been archived so far provide a rich, often informal and sometimes quirky look at immigrant and refugee life in Minnesota. Adam Martinez and Carrie Cooley, for instance, use food to capture a bit of their heritage.

Martinez, a college student whose father is Mexican, tells of his love of tortillas. The clip pictures Martinez and his brother eating tortillas for breakfast, heating them on the stove and searching for them at the grocery store. He concludes: “Although I’ve never seen myself as an immigrant of any sort, I’ve always had an appreciation for the fact that not every family sets tortillas out on the table when they eat.”

Cooley’s video opens with a photograph of her great-grandparents, who left Norway for the United States in 1911. Her story surrounds another kind of tortilla, lefse, and her bemused discovery that not everyone in Minnesota knows what the soft potato flatbread is. When she realized that, she said, “My world turned upside down!”

Other stories take on a more serious tone – especially those of newcomers who lived through hardship before coming to the United States.

Soe, the St. Paul student who had to leave her friend behind, shares how she has moved on, meeting new friends and getting an education. “I have grown up and my voice is different than before, but my memories don’t change and they won’t ever disappear,” she said.

In their own words: After collecting its 200th story, U of M center to expand ‘Immigrant Stories’ initiative across country