On the same day Barack Obama was elected as America’s first African-American president in 2008, Liberian-Americans also celebrated an important chapter in their history: the victory of Paye Flomo, elected mayor of the small town of Hampton, Minnesota, in rural Dakota County.

Though it happened nearly eight years ago, the story is still fresh in the memory of plenty of Liberians in Minnesota, home to the largest Liberian community in the United States: It marked the last time Liberian-Americans have seen one of their own elected to a significant political post in the state, even as other immigrant groups — including Hmong, Hispanics and Somalis — have seen representatives of their communities elected to public offices.

“A lot of people are scratching their heads and trying to figure out what’s going on,” said Wynfred Russell, a Liberian-American who lost a bid for a Brooklyn Park City Council seat four years ago. “People have been calling and asking me why that’s the case.”

Liberians are among of the oldest immigrant groups in the state. The first wave arrived in Minnesota in the 1950s, when an ore company in the West African nation began sending workers to the Iron Range and the University of Minnesota for advanced training in mining operations. After the training, many never went back home. “A number of those Liberians are still around,” said Russell.

The second wave arrived in the mid-1980s, after a failed coup triggered ethnic tensions and political upheaval, prompting some Liberians to seek refuge in the United States.

Today, community leaders estimate that up to 40,000 Liberians live in Minnesota, with the largest concentrations in the Minneapolis suburbs of Brooklyn Park and Brooklyn Center.

“Anywhere you go in these cites, you’ll hear people speaking Liberian English,” said Abdullah Kiatamba, a Liberian-American who heads the Brooklyn Park-based African Immigrant Services. “We have changed the face of the city. We have created businesses. We are everywhere, I swear to God.” 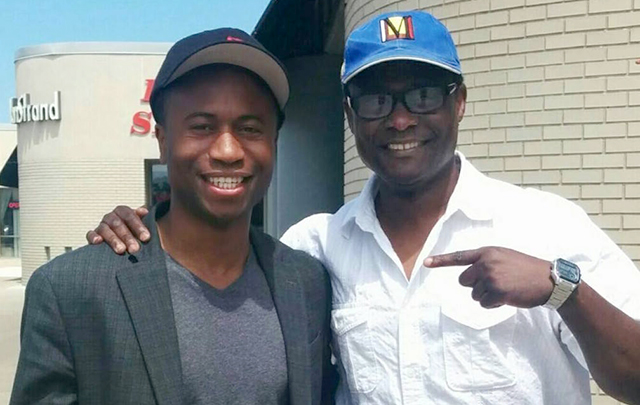 In fact, the Liberian community has driven a radical shift in the demographics of Brooklyn Park and Brooklyn Center in recent decades, as noted in a recent report from CityLab. In 1990, communities of color in Brooklyn Park made up only 10 percent of the overall population. Today, they make up more than 50 percent of the city’s 78,000 residents.

Likewise, Brooklyn Center has seen significant changes over the last 15 years: Between 2000 and 2013, the city added more than 9,000 people of color, according to a 2014 Met Council report. And racial minorities currently make up 59 percent of Brooklyn Center’s 30,000 population. 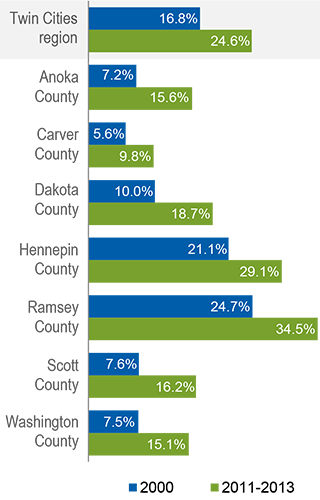 The demographic shift has been followed by increased civic engagement among Liberian-Americans, said Kiatamba, with Flomo’s 2008 victory inspiring many to participate in the electoral process for the first time.

“People saw a possibility they never saw before,” he said. “They understood that if they are not at the table, they cannot make the system work for them. The only way you can succeed in American is when the system begins to work for you.”

It has yet to result in any more election victories, however. In 2011, Russell ran in a special election to fill former Brooklyn Park Mayor Steve Lampia’s seat, but lost to Jeffrey Lunde. A year later, he ran for a City Council seat, but also lost that race — by five votes.

Then, in 2014, Mike Elliot — who came to the United States when he was 11 — ran against incumbent Tim Willson in a bid to become Brooklyn Center’s first Liberian-American mayor. He was defeated by less than 2 percent.

“I lost my last race by 5 votes, but sometimes you lose to win,” Russell noted. “Many more doors have been opened because of my participation as a candidate.”

And yet, though all 201 seats in the Minnesota Legislature are up for election this year — as are Brooklyn Park and Brooklyn Center City Council positions — no one from Minnesota’s Liberian-American community will be on the ballot in 2016.

“The problem is that there is no sense of continuity,” Kiatamba said. In other communities, such as among Minneapolis Somalis, he said, there is a sense of perseverance. “They say, ‘OK, if we try for the first time and there’s a challenge, we’re going to go back and overcome that challenge,” he added. “There’s that sense of moving on to another position.”

Kiatamba hopes to change that. Since 2013, he’s been providing training around education equity and elections through the From Observers to Leaders project. Kiatamba said his “organization is currently working on an event for the West African communities in Brooklyn Park and Brooklyn Center to learn about political participation and the importance of voting. 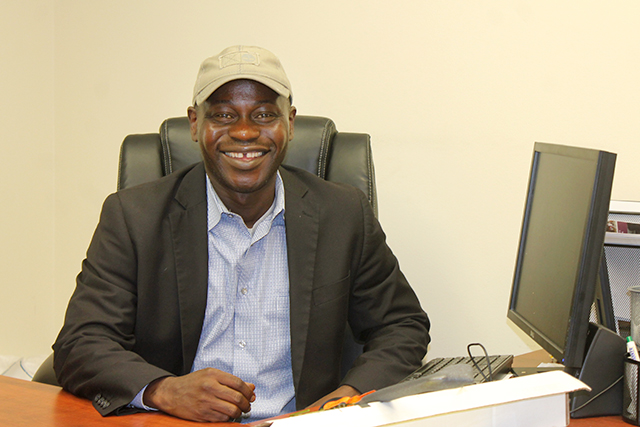 MinnPost photo by Ibrahim Hirsi
Abdullah Kiatamba, who head Brooklyn Park-based African Immigrant Services, has in recent years been providing his community with training on political participation and the importance of voting.

“We are creating a lot of conscious in our community around why our leadership role is critical,” he said, “because no one understands our experience, nobody is an expert on our lives. We are experts on our lives.”

Historically, the voter turnout for people of color has been lower compared to other communities in Minnesota. In recent years, however, Kiatamba says he’s noticed a cultural shift toward elections and political participation among the West-African communities — including among Liberians, Nigerians, Sera Leoneans and others.

“I think that shift is growing,” he added. “That shift will produce a generation of candidates that will see the effect of their power.”