For decades, U.S. lawmakers and political pundits have debated over what the government should or shouldn’t do with the stream of undocumented immigrants — as some have called for repatriation and others for a chance at the American Dream.

Out of the debate have emerged activists and organizations advocating for these immigrants accentuating their positive contributions — boosting the economy, revitalizing neighborhoods, establishing businesses and purchasing homes — to the United States and making a case to put them on a path to citizenship.

There are hundreds of thousands of other immigrants, however, who haven’t received as much attention: legal immigrants with Temporary Protected Status (TPS), a law sheltering foreign-born residents whose countries experience conflicts and natural disasters.

Minnesota is home to thousands of TPS holders from 13 countries, including El Salvador, Haiti, Honduras, Syria and Nepal. Though some such immigrants have lived in the U.S. for just weeks and months, many others have lived here since 1991 without getting permanent residency.

Typically, the U.S. government gives people under the protected status a couple of years to live and work in the country legally, a status that can be renewed multiple times, depending on the conditions of the countries they left behind. In the case of Liberians, for instance, President Obama last month gave those with protected status an 18-month extension to live and work in the U.S.

MinnPost sat down with Immigration Law Center of Minnesota Executive Director John Keller to look at the history of TPS, what it means to be a TPS holder and how it’s different from any other immigration status.

MinnPost: What’s the history of the Temporary Protected Status law and how does it work?

John Keller: It’s been around since 1990. It was created by the United States Congress to provide two main temporary benefits: Protection from deportation and the ability to work legally. It’s a form of humanitarian protection, which flows out of our commitment under international law to not return people to circumstances where they will be at risk or where their governments can’t protect them or provide services to them.

MP: You’ve worked with many TPS clients over the years. Give me an example of what it means to be under TPS in Minnesota.

JK: Our longest serving client is a gentleman from Liberia who has had TPS since 1991. That’s 25 years of being a “temporary” resident. We’re talking about decades of lawful status, yet no ability to move into permanent status. Think about longtime planning that any of us engage in: Is it college? Is it buying a house? Is it having children? Is it opening a business? All of those things that require the ability to plan a little bit longer than a year or 18 months get thwarted. It’s kind of a retarding effect on your full development.

You’re also at risk because you cannot have two misdemeanors or more — and keep the status. Misdemeanors are very minor crimes. Many people have a misdemeanor for driving without insurance, for example. So, people [with TPS] have that uncertainty that you have to basically be almost perfect in how you conduct your life.

MP: Is there a path to citizenship for these immigrants? 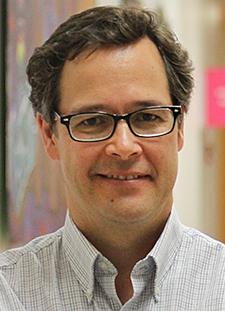 JK: No. The fact that you cannot get permanent status is due to the way that the statue was written in 1990. The statute itself precludes anyone with TPS to use that TPS to gain permanent status. It was part of the debate that went on at the time that this truly was supposed to be for temporary purposes.

But what the Legislature did not contemplate at that time was how protracted some of these circumstances could be. If you think of Liberia, for example, and how long things have been subjected to civil war and to the breakdown of the civil society after the war was done.

MP: I know many immigrants from West Africa hold TPS. Are there other immigrant communities in Minnesota with protected status?

JK: There are currently 13 countries that have been granted temporary status. In Minnesota, our office alone has worked with immigrants from El Salvador, Guinea. Haiti, Honduras, Liberia, Nepal, Nicaragua, Sierra Leone, Somalia, Syria and Sudan.

I don’t have the actual number of people with TPS, but if you aggregate all of them, we’re talking about somewhere between 5,000 and 10,000 people in Minnesota.

MP: Why does the U.S. government give some refugees and immigrants permanent residency status and others just temporary status?

JK: Well, think of TPS as this magic protection that happens because of circumstances that occur in your home country. If you happen to be outside of your country and in the U.S. when a massive earthquake hits, like in Haiti, the U.S. is saying, it would be inhumane to send Haitians back to a country that has been destroyed. So, any Haitians in the U.S. on the date of the hurricane, will now be protected.

The same thing has happened with people from all these different counties, including Somalia. For example, people who might have been on tourist visa, or entered as students or any other way. Some people have taken roundabout ways to escape Somalia and to escape hard conditions and refugee camps. We’ve had clients who got themselves through Mexico who have been put into deportation proceedings. While they are in deportation proceedings, they become aware of TPS, or maybe they lose their asylum claim, but they can still get TPS.

MP: Has the U.S. deported residents with TPS yet?

JK: Some countries have lost TPS because the U.S. stopped extending it. So, some people have returned or have been deported.