On Wednesday morning, millions of Americans woke up to the news that Donald Trump was elected president of the United States — a stunning victory that has also triggered shock among immigrant and Muslim communities in Minnesota.

From the day he launched his campaign a year and a half ago, Muslim-Americans and immigrant communities have closely followed the anti-immigration and anti-Muslim sentiments that punctuated much of Trump’s campaign: He proposed to bar Muslims from entering the U.S. and to require the Muslims already in the U.S. to register in a database.

The day after Trump was elected president, MinnPost spoke with three Muslim-American leaders in Minnesota about what his presidency means for Muslim-Americans — and how the community has responded to the news.

‘Everybody is in shock’
Hodan Hassan is a mental health advocate who was part of a 2015 delegation invited to the White House for a plan to fight terror recruitment in Minnesota.

“Everybody is in shock. So many people are afraid. They think that some of the radical stuff that Donald Trump has been saying might actually happen. My mother asked me about what might happen, now that he’s elected. I tried to explain to her that America is a democratic country and that a president can’t do anything he wants without the support of lawmakers — they need to be on board with him in order for him to make such radical decisions.

“Trump was in Minneapolis on Sunday, and one of the things he talked about was that there are refugees roaming around Minneapolis who make the city a hub for ISIS. If he gets elected, he said, he’ll do something about the refugees and immigrant Muslims. So, my mom was concerned about what’s going to happen to the Somali community, the Muslim community and other minority communities. She said, ‘Can he really bring some harm to them or that’s just something he was saying to get elected?’

“We were supposed to be a progressive state. I was really shocked that nearly half Minnesotans voted for him. I never thought Donald Trump would get that many votes in Minnesota. He was clearly appealing to people who lost their jobs and those who are working-class who feel like the Democratic Party doesn’t speak for them. But Trump also used fear to energize these communities and mobilize them against immigrants and Muslims.

“I have a 12-year-old son. We had conversation after Trump was elected. That conversation was very important to me because I didn’t want him to feel intolerance and hate can win. I told him that insulting women, immigrants, Muslims and people with disabilities should never be the road to the presidency. I also told my son, who was concerned about Trump, that he was safe and that he’s loved by many. I said to him, ‘If Donald Trump wants to ship us back to Africa, he can’t do it. We are citizens of this great nation.’” 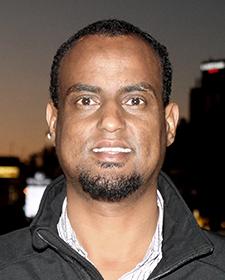 ‘I’m not surprised’
Yusuf Haji is a St. Cloud-based businessman and director of UniteCloud, a nonprofit organization that promotes peace and tolerance between white and new Americans in the St. Cloud area.

“There has been a lot of confusion since Donald Trump was elected. Many in the Somali-American community here don’t know what’s next for them. They don’t understand what will happen. They’re scared.

“I try to educate them about what might happen. I tell them that there will be no outright attack on Somali-Americans because of their faith. Most of the decisions he’ll make must go through legislators. There could be laws restricting Muslims, but those might not have an effect on typical Muslims. I mean, he can’t just send people and put up barriers in the community.

“But there is some executive power that he can make use of. He has the Senate and he has the Congress — and he can use them when it comes to issues of immigration and deportation. People can be profiled — Muslims are now profiled, anyway — but even more than they are profiled right now.

“I’m not surprised that a big number of Minnesotans voted for Trump. I think this was one of the most unpredictable elections in the U.S. There has been a great disconnect between the people and the government. The reason Trump won wasn’t just because people hate immigrants, Somalis or Muslims. There was a combination of many things.”

‘We’re all Americans’
Nausheena Hussain is the co-founder and executive director of Reviving the Islamic Sisterhood for Empowerment (RISE), an organization she co-founded to empower Muslim women through training programs in leadership and community engagement. 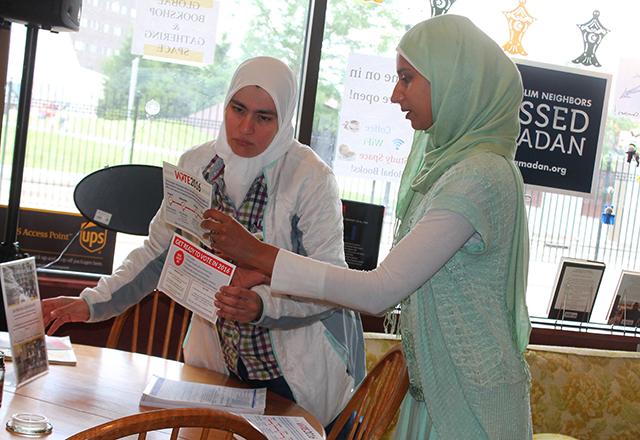 “We’re probably going to mourn for a couple of days. We just need to shuffle through these different emotions. American-Muslims are genuinely fearful. It’s not just they’re sad because their nominee didn’t win. But they’re actually scared. They’re asking, ‘Am I going to be able to travel outside of the country and be able come back in? Am I going to be able to go out in public with my hijab on and not be attacked or harassed?’ I think these fears are legitimate. Children are scared. I have nieces and nephews who were afraid today of going to school and what might happen.

“This morning, we heard that President Obama called and congratulated Trump. He reminded us that we’re all on the same team: We’re all Americans first, not Democrats or Republicans. So, we have to do our best in putting our best foot forward. Also, Hillary Clinton said that we should have an open mind and give Trump a chance.

“The main reason that Donald Trump won was that there was a voice in our country that we weren’t listening to. I’m talking about middle-class Americans, who are in debt, or who don’t have jobs, who are barely getting by, living paycheck to paycheck. They’re struggling with health care costs and not being able to afford college. Many times I heard Trump supporters saying, ‘I’m not racist. I just need to be able to provide for my family.’

“Today, I realize that there are many people who I’m friends with, who went out and voted for Donald Trump, that I did not realize until afterwards. Perhaps, had I paid attention better, then I would have understood where they were coming from and why they were making that choice.

“What I hope in these next few years is what am I going to do to bridge that gap and who can I work with to make sure that we do have a prosperous America and that we hold dear to those diverse values and to make sure that we’re all taken care of. There are people who are hurting and we haven’t been listening to them, and we need to figure out how to listen and work together.”